If 343 Industries has its way, Halo will be a household name in gaming for the next three decades.

Halo is more than just a game. Microsoft’s (NASDAQ: MSFT) flagship IP has spun an entire universe that’s resonant with sci-fi magic that’s also imbued with deep, sprawling lore. Bungie’s magnum opus birthed the era of first-person shooters on home consoles and gave rise to one of the most iconic heroes in existence, all while delivering unparalleled interstellar action.

Today Halo has expanded far past the medium of video games; there’s a veritable galaxy of books, comics, and even live-action series’ like Nightfall and Forward Unto Dawn–all of which tie together in a vast webwork of lore and events.

But 343 Industries wants to go far beyond the rim of the stars: they want to solidify a 30-year legacy for the indomitable shooter. 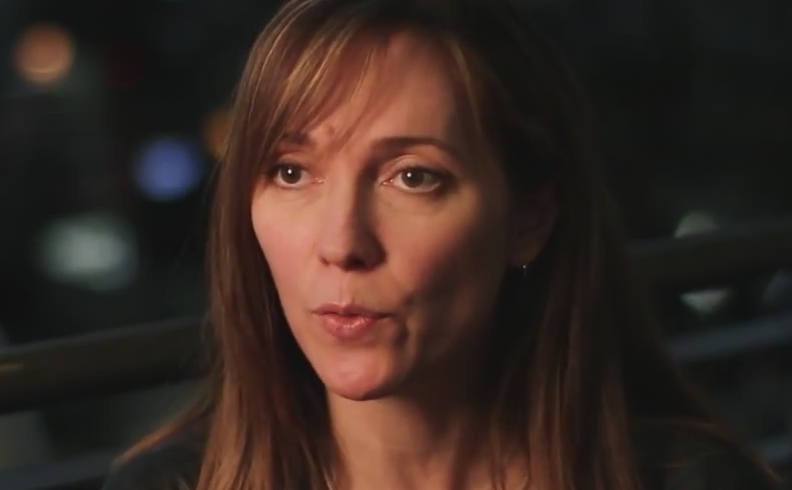 “It was crazy. It was the most challenging thing I’ve ever done,” 343 Industries studio head Bonnie Ross said in regards to taking over Bungie’s landmark shooter.

In a recent interview with Bloomberg, 343 Industries head Bonnie Ross recounted her experiences building up the brand. In 2012, the Mantle of Responsibility of Halo was handed down from the precursors at Bungie to Microsoft’s newly-formed studio, 343 Industries.

Ross was at the helm from the start, and she wanted to do something new with Halo, to take it in a new direction.

343i’s new studio head wanted to make Halo more accessible and enjoyable for a widespread constituency, rather than cater to the traditional hyper-violent space-marine machismo fantasy.

“Our goal was to create a universe, a game, an environment that is appealing to a diverse audience,” she said during the interview. “[We want to make] characters that people can identify with, heroic males and heroic females.”

And this diversity wasn’t just in-game; it was in-house, too. Ross affirmed that women had a place in the franchise and at 343i.

“It’s really important for us to get young female talent, because they are the future,”  she said. “It’s important to have leadership roles across the industry that people can aspire to.” 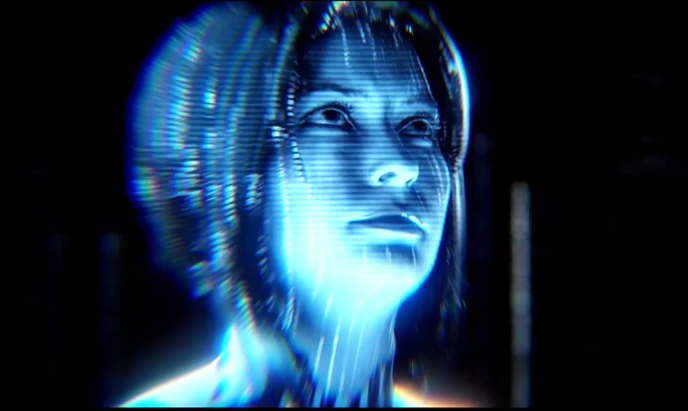 As part of 343i’s new emphasis on diversity, women will play pivotal roles in the Halo universe going forward in order to make it more accessible.

This new plan–coupled with the rigors of taking over one of the most prominent and successful brand in the industry–wasn’t without it’s hardships.

“It was crazy,” Bonnie affirmed, “it was the most challenging thing I’ve ever done.”

Halo 4 was the fruit of 343i’s labor, and represented the new path the series would take. It featured lead female roles like Spartan Sarah Palmer, Dr. Catherine Halsey, the Forerunner Librarian and of course Cortana, who’s riveting performance sent eerie chills down my spine.

But they’re not done yet. Two years ago when they inherited the mantle of the rings, the studio exec wanted to take it far past the planned Reclaimer Trilogy: “I wanted to make sure we were able to go another three decades,” Ross said. 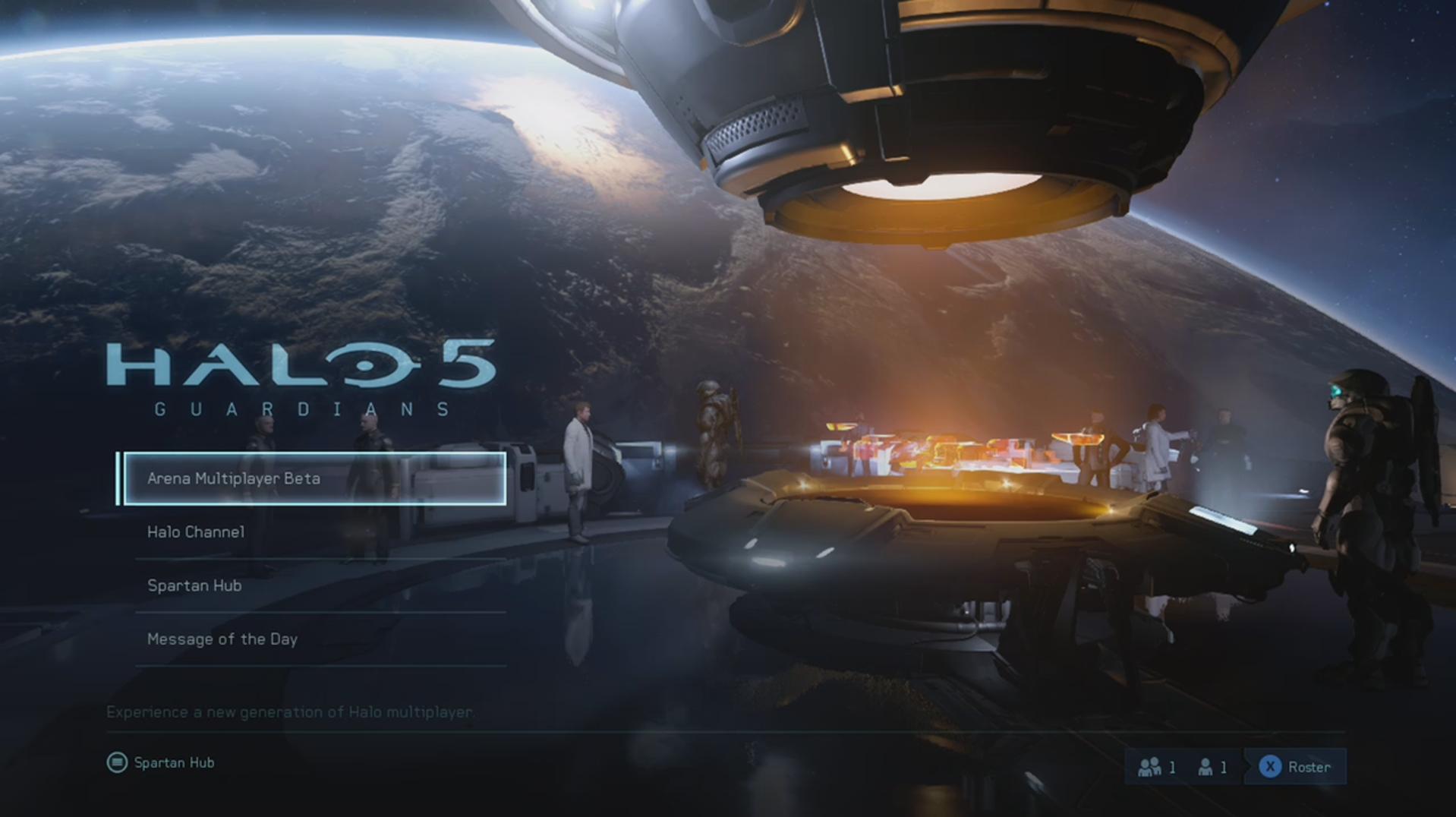 Halo 5; Guardians marks the beginning of this 30 year journey, kicking off the Reclaimer Saga. 343i originally planned for a Reclaimer Trilogy penned for Halo 4-6, but now they’ve expanded and made plans for a sci-fi epic.

Halo 5 will feature a wealth of innovative features that pave the way for Halo‘s future. Although Master Chief and the mysterious ONI operative Agent Locke will be main characters, we’ll likely see strong female roles in the mix as well.

Multiplayer looks absolutely fantastic, introducing seven new player accessible Spartan abilities to freshen things up along with a slew of new maps and weapons. We’ll get our first taste of Halo 5‘s multiplayer when the beta launches on Dec. 29 to Jan. 18, 2015.

Bonnie Ross knows that Halo is more than a game, and the series will continue to thrive in all mediums: graphic novels, comics, television series, movies, etc. This is the key to Halo‘s longevity, and this is how it’ll last for 30 years more.

To further weave the story, 343i will bridge the gap between Halo 4 and its successor in inventive ways. The live-action Halo Nightfall series introduces and chronicles the exploits of Agent Locke, and the Halo: Escalation comic will help solidify the events between the two games.

Steven Spielberg’s 2015 Xbox-exclusive Halo television series will explore these avenues further, joining with all of the previous ties while introducing some new leads of its own.

Ross also wants to move past sequels and into intimate spin-off type stories and games. Bungie did the very same with Halo 3: ODST, expanding the canon while delivering engaging FPS combat in a shadowy neo-noir flavor.

Thanks to ODST we know this method works, and any Halo fan will tell you there are so many stories to tell; maybe we’ll get to play as a lone Grunt during the Unggoy Rebellion on High Charity, or see through the eyes of a Forerunner for the first time? So  many possibilities…

The Master Chief Collection was supposed to celebrate Halo. Instead it was a disaster and resembled the chaos that ensues when the Array ignites.

Despite all of these prestigious plans, the studio has suffered a pretty substantial hiccup. The Halo: Master Chief Collection launched on Xbox One last month to abysmal matchmaking bugs, glitch-riddled gameplay, and barely-working mechanics that put a serious dent on 343i’s progress.

In the wake of the troublesome launch, Bonnie Ross delivered a personal apology on behalf of 343i and declared the studio’s commitment to the brand. The broken game serves as a glaring reminder of what could have been, and it certainly has gamers thinking twice about going further into the Halo universee.

Over a month after it’s release, the Xbox One exclusive is just now starting to find its footing.

Gamers are able to find matches and try their hand at the classic FPS that built them all, but there are still major flaws and issues ranging from hit-detection, lag issues, uneven teams, no veto options, mic-chatting problems and many more. Campaign is even suffering, with poorly designed scoring systems, awkward vehicle changes, weapon adjustments, etc.

In its current state the game is fractured. The Master Chief Collection isn’t a worthy encyclopedia of Spartan-117’s glorious exploits; it’s a vague shadowy form that lacks definition.

Hopefully it’ll be fixed, but considering the Halo 5 beta is on its way–along with the actual game itself–we might only see a portion of its flaws fixed.

Forward Unto The Stars

It’ll be interesting to see what 343 Industries has in store for us over the next three decades of Halo, but the Master Chief Collection taught us an important lesson to tamper our expectations.

With just two years with Halo, 343 still has some pretty big shoes to fill, as evidenced by the sorely-lacking MCC.

But their hearts appear to be in the right place. Many gamers are distrusting and see the studio’s actions as meddling, and in some cases the new changes actually devolve the franchise. Even still 343 is in it for the long haul and they hold the keys to the future of the brand we know and love.

Ross has her eyes set in the stars–the very heart of Halo itself–and with more time and much more effort, we’ll be privy to a new age of sci-fi wonder the likes of which we’ve never seen.