Whether the company name was intentional or not, EHang paints a picture of what its product does. China-based EHang creates unmanned aerial vehicles that hang in the air taking video or photos of what’s below. Ghost, one of the company’s drones, is an Indiegogo crowd funding success story. The company has far surpassed its original goal of $100,000 by raising $596,702 with 26 days to go. 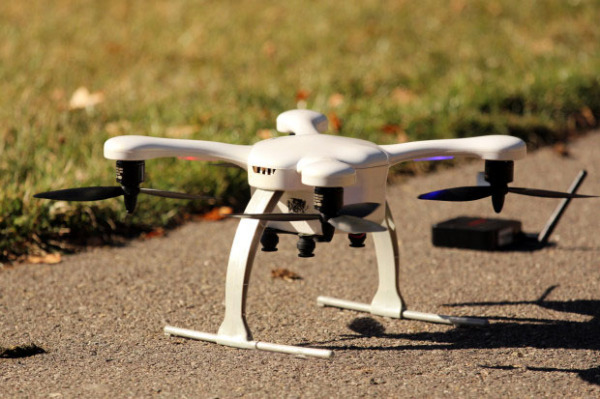 Ghost does not require a cumbersome RC controller. You guide it with your iOS or Android smartphone and a small G-Box with 2.4GHz 80mw standard Bluetooth communicator. Auto Mode points the drone head first towards its destination and allows you to concentrate on the visuals you want to capture instead of worrying about piloting. You’ll want to use the micro control mode to pinpoint a specific location by simply sliding it in the direction you want to drone to go. It can get there tail first if necessary.

A simple finger tap points your drone to its destination.

GoPro equipment is compatible with Ghost including the Hero 4 and is assisted by the 2D gimbal which keeps your shots stable. Flying at night is possible due to Night Mode with LED lights to visually keep track of its position. Ghost is wind resistant to 21 knots and waterproof so weather won’t ground the aerial vehicle. If anything goes awry, Ghost incorporates automatic return if the connection is lost. 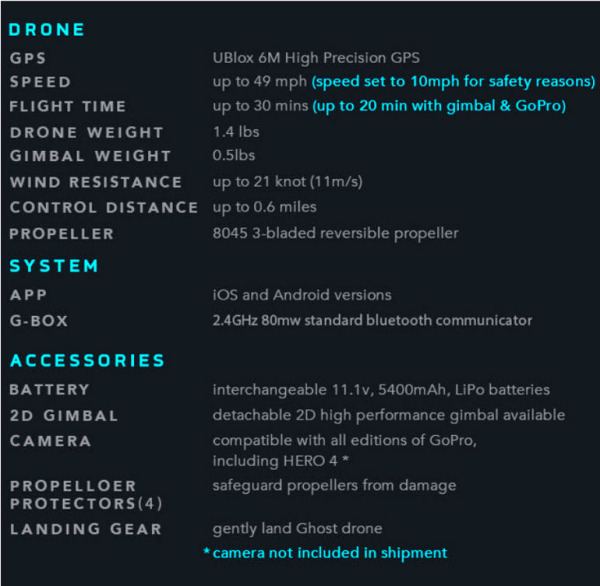 You can still get in on the Indiegogo Ghost project. Support starts with a $5 fan club contribution and goes to $49,000 with a list of perks in between including a $355 DIY kit that includes parts for you to assembly the Ghost yourself. Cyber Monday offered the following: 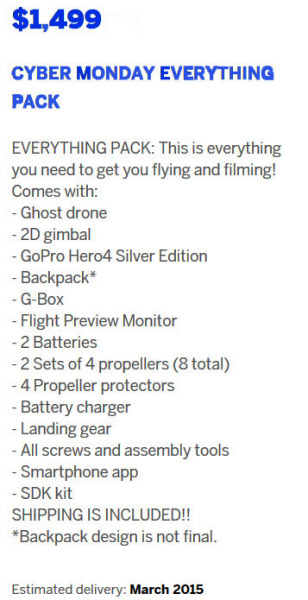 The campaign started November 10, 2014 and will close on January 9, 2015 at the end of CES. The company will be exhibiting in the Las Vegas Convention Center, LVCC South Hall 2. BSN* will be able to provide our readers with a hands-on opinion of this and other unmanned systems after the show. In the meantime, you can tell EHang what you want them to do to improve on their Ghost with the cash they have raised beyond their original goal. Vote at their survey site.  One option is to expand the white ghostly finish to other colors. Maybe one of these? Or ask for your favorite color – neon orange perhaps? 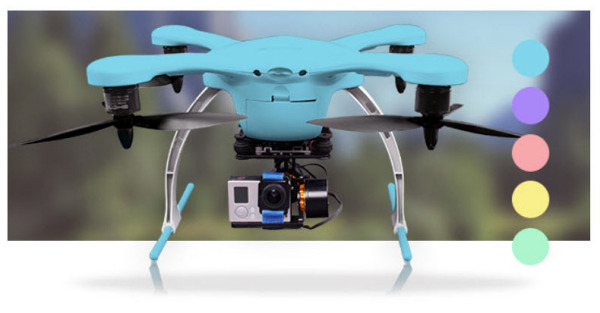 In addition to Ghost for recreational use, EHang also develops the larger Skyway for commercial use. The Chinese company also has offices in San Carlos, California.