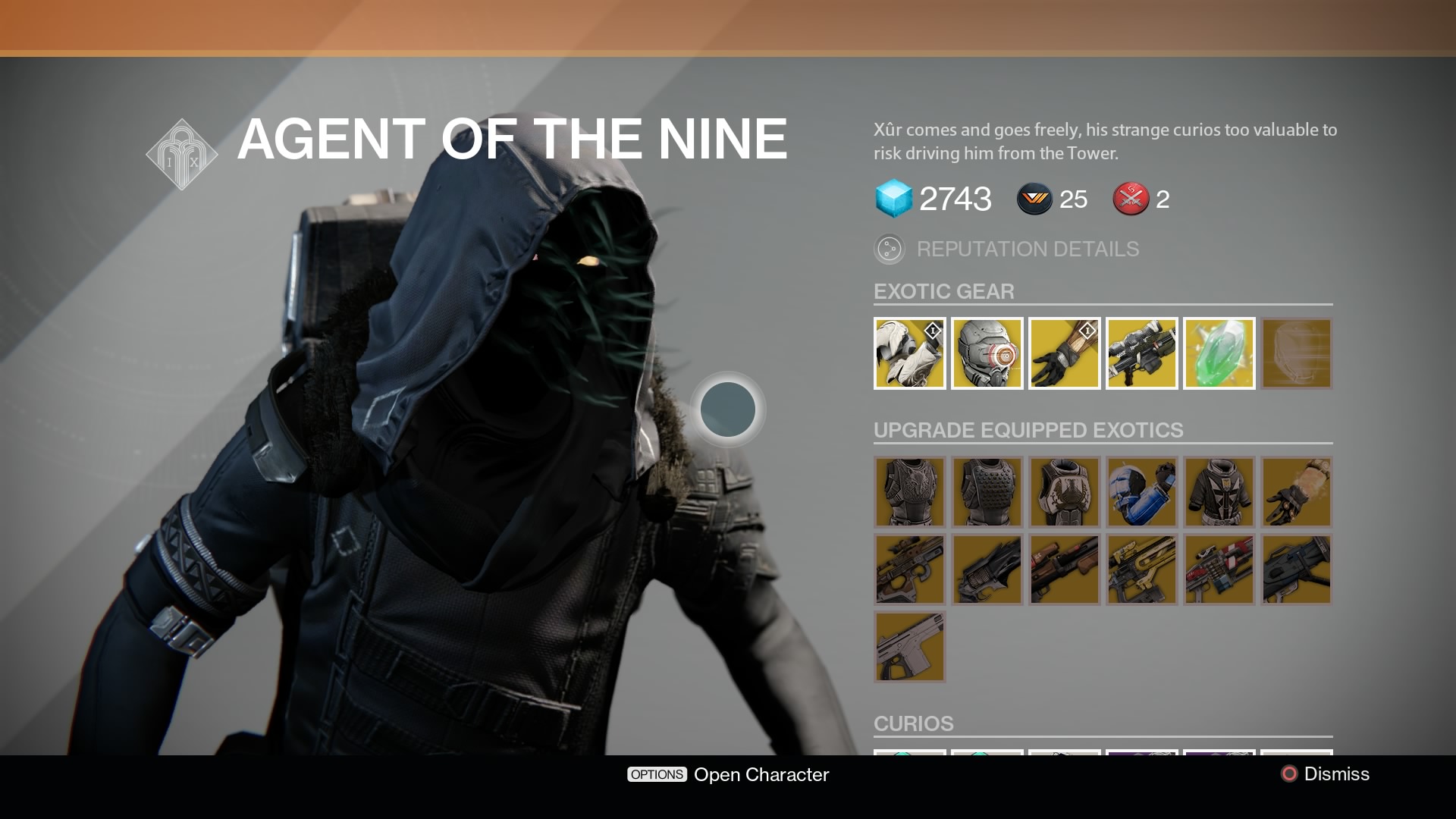 Xur, Agent of the Nine is back at the Tower to peddle his intergalactic wares, and we take a look at what Exotic goodies and strange trinkets he has up for offer for Week 15 lasting from Dec. 19 – 21.

Today’s visit marks Xur’s second coming since Destiny‘s new Hive-centered The Dark Below DLC launched, and this week’s inventory matches the new layout recently introduced in Week 14. The merchant’s arrival coincides right alongside Bungie launching a fresh wave of the Iron Banner PVP event and lets Guardians gear-up with the very best to test their meddle in the playlist.

This week Xur can be found in one of his usual Tower haunts in front of the double doors right outside of the Speaker’s quarters. There he waits to collect his boundy

Two of Xur’s five purchasable items are DLC-specific, and as I personally own the Dark Below, I’m not sure if non-DLC owners can pick up the Titan Ruin Wings or Warlock Claws of Ahamkara gauntlets. It’s also worth wondering if Guardians who don’t own the DLC have a reduced selection or not–to wit just three items instead of the full five–or if they can just pick up the gear anyway.

In any case, below we have a breakdown of all his available stock, including purchasable Exotics and newly acquired weapon and armor upgrades. 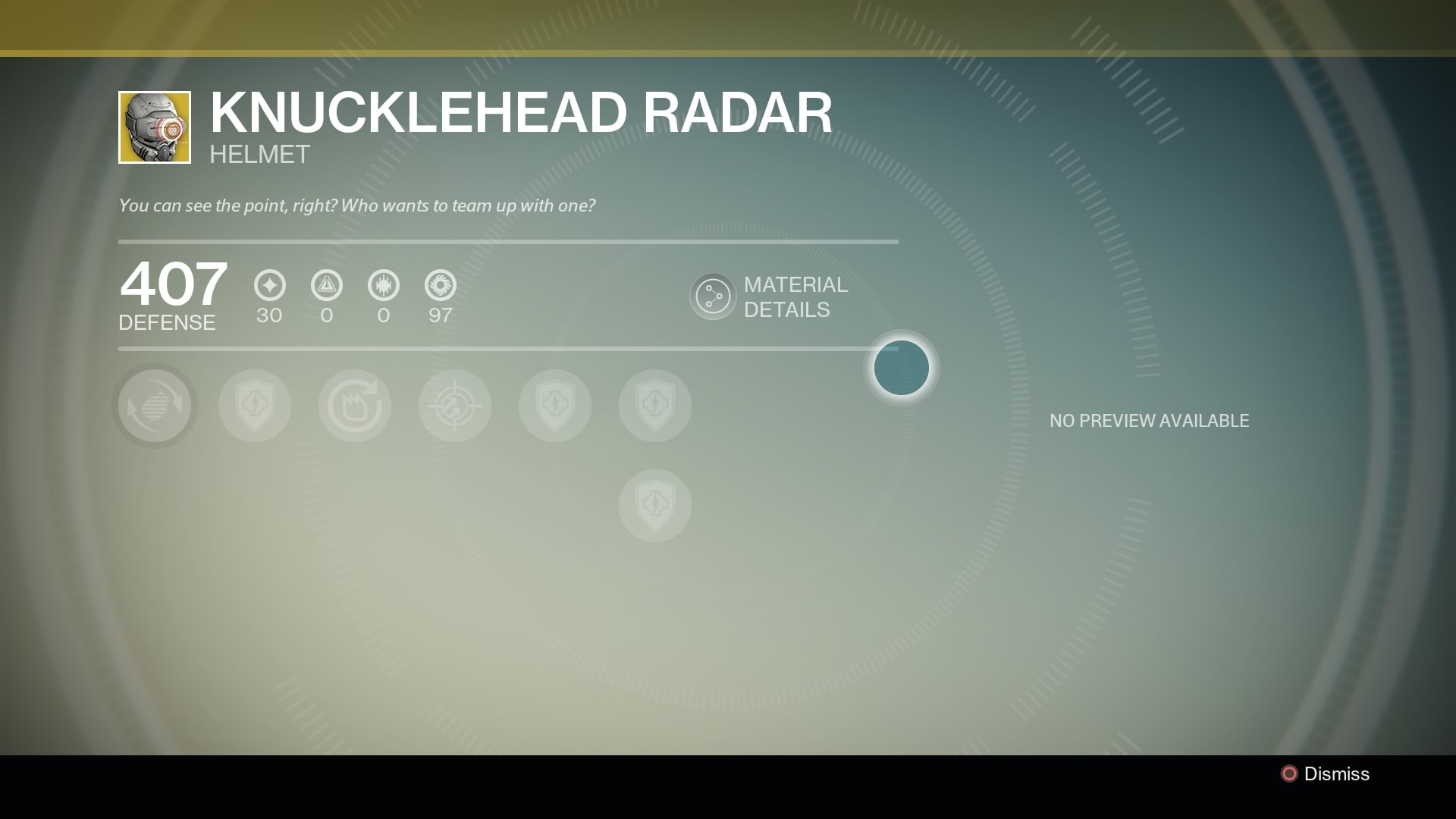 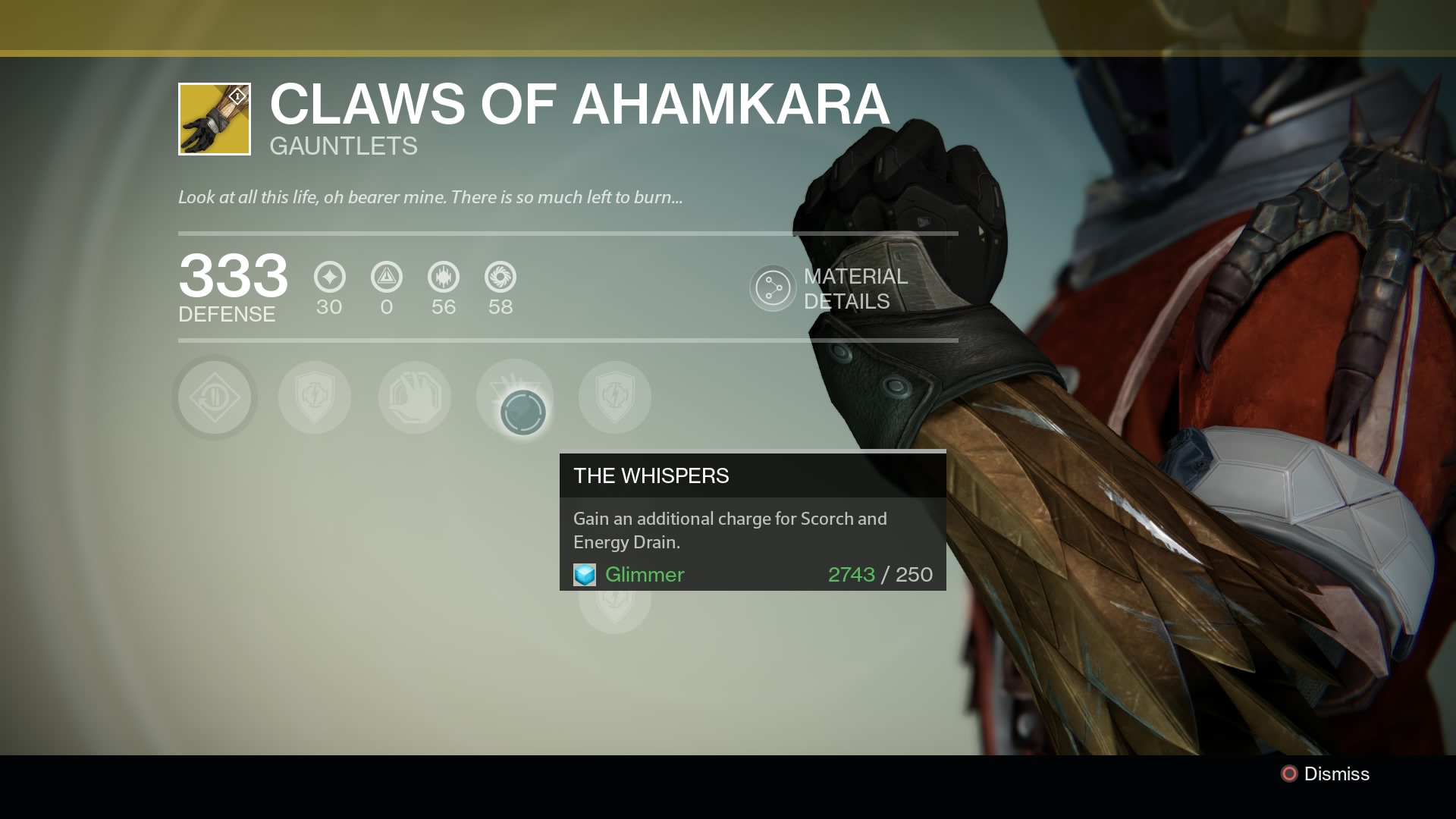 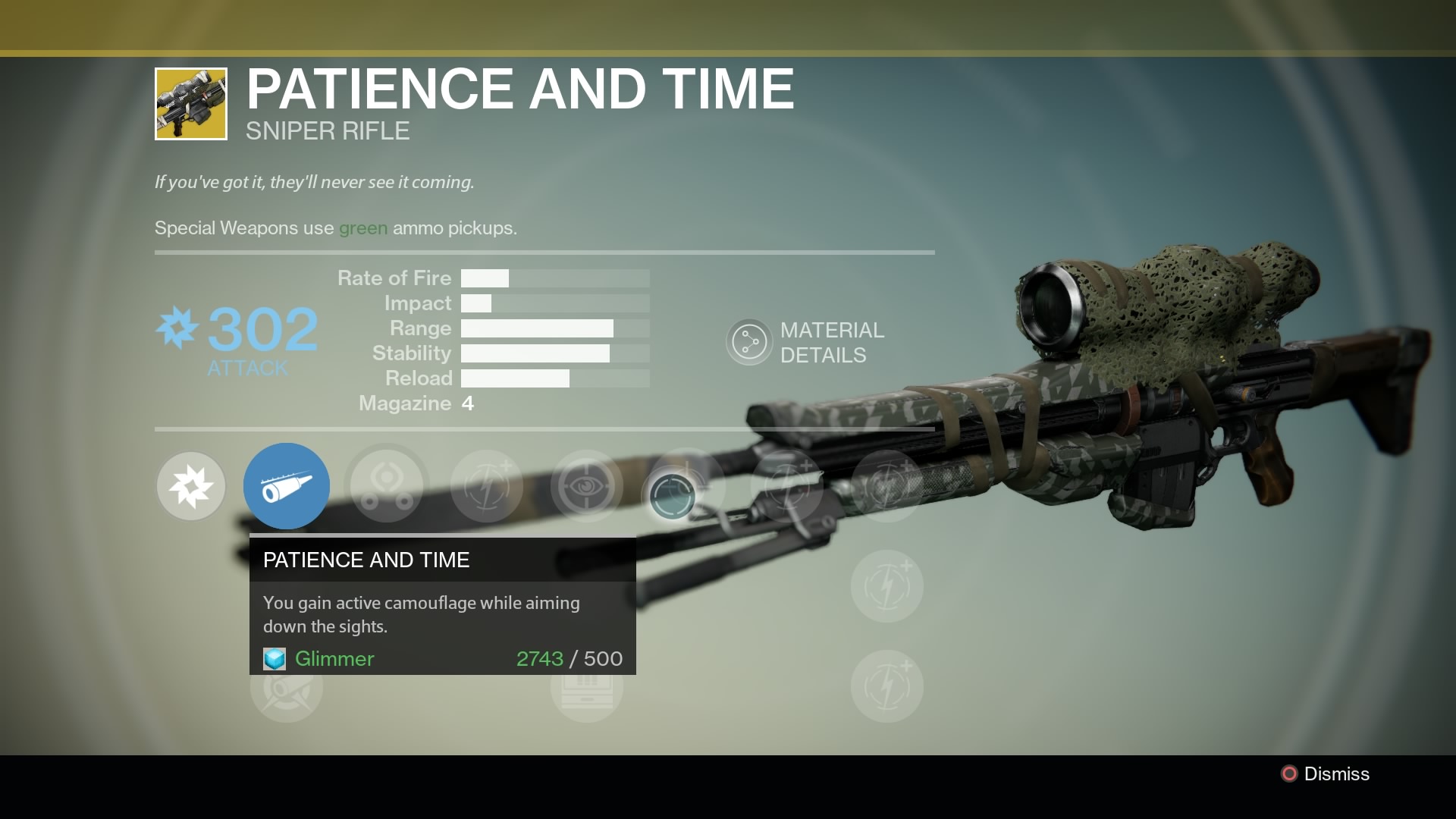 If you’ve got it, they’ll never see you coming.

Our favorite Agent of the Nine can now upgrade existing exotics at the cost of about 7,000 Glimmer and an Exotic Shard, but be forewarned that upgrading will reset all progress on that item and set it back to square zero.

But the trade-off of Xur’s upgrades is that the item will have higher base defense and attack, improving overall effectiveness in battle. Hardcore Guardians will gladly offer up their gear and build it back up from scratch considering an upgraded Exotic will do more base damage than a same fully maxed-out copy.

There are a few changes in Xur’s upgrade offerings like the inclusion of Plan C, Monte Carlo, Heart of the Praxic Fire, and No Backup Plans and a few more. But Hawkmoon is still noticeably absent, and given how good the handcannon is without any upgrades, we probably won’t see it any time soon.

Below we have a full breakdown of all the items that can be upgraded in Week 15, along with Glimmer prices, the change to defense and attack, and more. 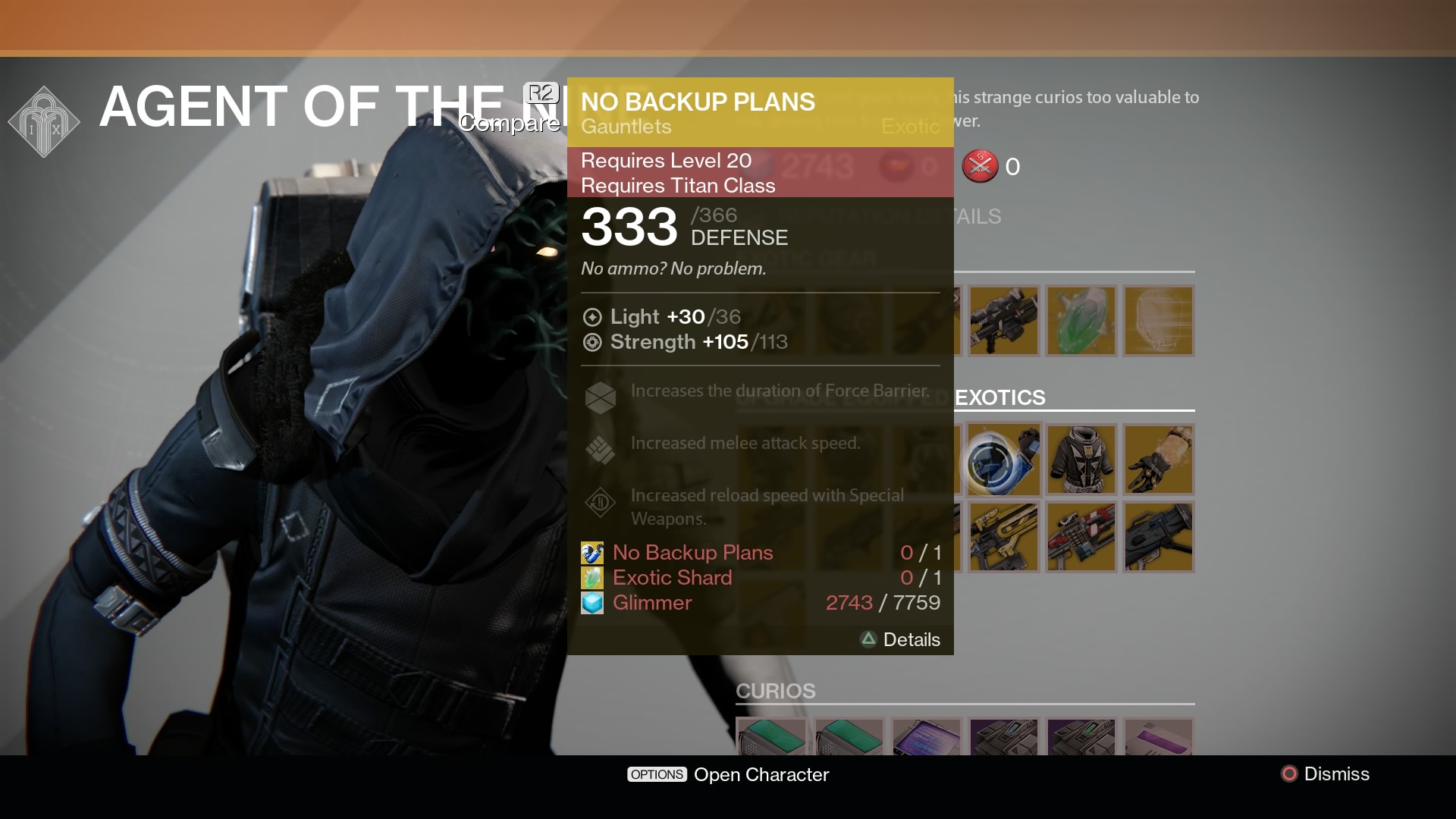 Just like last week Xur has six exotic up gradable armors for sale, all of which are pretty demanding in Glimmer.

Heart of the Praxic Fire (Chestpiece) 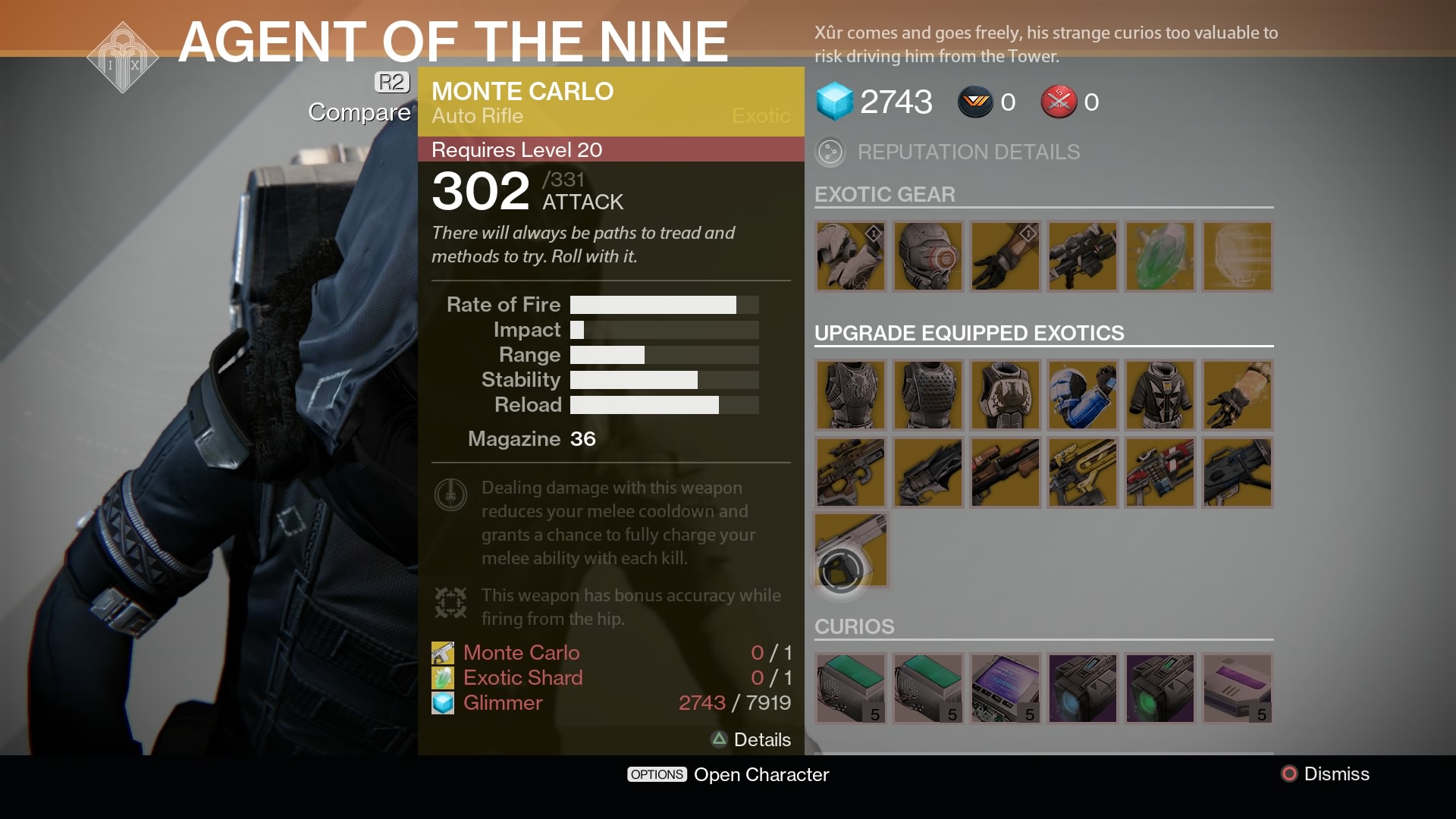 Xur has a surprise seventh weapon upgrade for this week, letting Guardians boost their Monte Carlo auto rifles to do more damage in the iron Banner.

Xur has added a seventh up-gradable weapon to his arsenal, with the Super Good Advice machine gun and the Mida Multi-Tool, which actually boosts your speed, is thrown into the mix as well. Thorn is back again, so if you haven’t boosted it now’s your change as we’ll probably see it taken off for next week’s rotation.