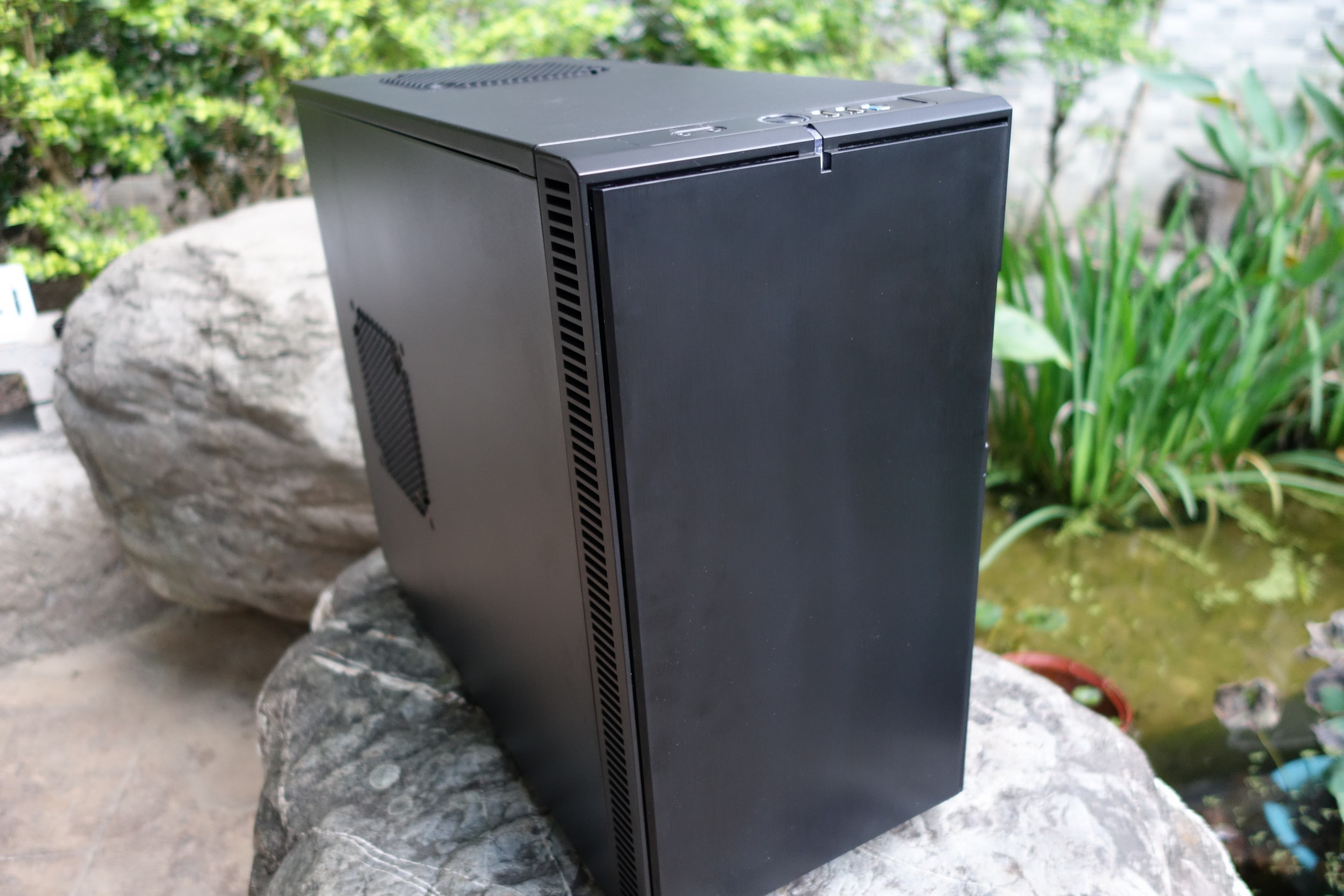 The Define Mini from Fractal Design is in some ways a fairly rare beast, bringing high-end styling, materials and design ethos to the often under-served micro ATX segment. The Define Mini puts the emphasis on offering simple but attractive styling in-line with other cases in the Define series including the Define Xl and R4 which basically bring an identical looking design serving three form factors; mATX, ATX and E-ATX. The end result is a stunning chassis that we would heartily recommend to anyone looking for a minimalistic, classy looking and silent mATX build.

Before we go ahead and assess the Define Mini in detail lets define (excuse the pun) exactly what you are getting for your money. The Define Mini retails for something in the region of $120 which means that it sits at the upper branch of an mATX chassis scale where the lower reaches see plenty of options for around the 50 buck mark. The Define Mini sits above cheaper options to bring you a case that screams quality.

The first time you pick it up you will notice its more substantial weight of almost 10kg, a clue as to the quality of the steel used in its construction. Thicker steel is used in an effort to make your system as quiet as possible, a feature that is enhanced with plenty of insulation on the sides panels with a dense noise absorbing material used throughout. 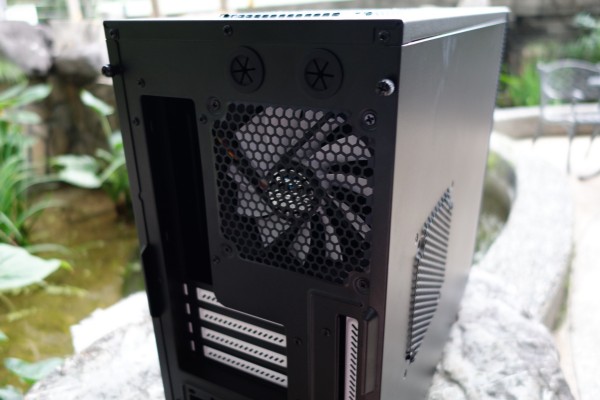 The front panel has been designed with a modern system builder in mind with a clean front face that is actually a door behind which you can access two 5.25 disk drive bays. I haven’t installed a DVD ROM of any kind of system for some time now, so I really like the idea that these (empty) bays can be hidden from view. The door also has a very pro design with magnets that hold it in place and the totally clean front face is finished with brushed aluminum that reeks of class. No gaudy teenage transformer-inspired aesthetics… this is a case for the mature and discerning PC builder. 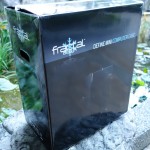 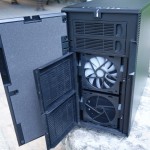 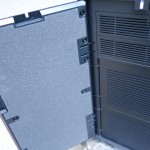 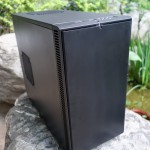 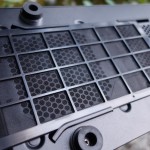 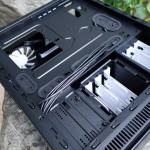 If silent operation is not your thing and your system is going to need optimal cooling, have no fear. The Define Mini uses Fractal’s ModuVent technology, a fairly fancy way to say that you can modify the case to make it optimized for cooling rather than silence. The insulation panels that cover the side and top cooling fan positions can be removed and replaced by your own choice of 120mm or 140mm cooling fans. This is nice touch from Fractal Design as most chassis that specialize in silent operation usually lack any recourse for enthusiast builds that need the additional air flow. 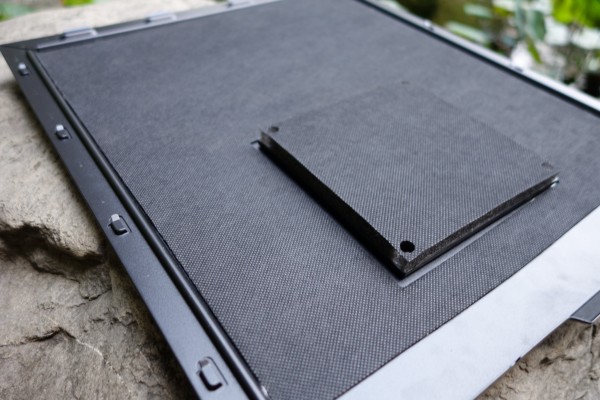 There is also a custom fan controller included in the package that is designed to be fitted on the rear at a perpendicular angle to the PCIe slots. It is easy to install and gives you more hands on control over your system fan speeds, allowing you to control up to three fans with a single dial. This is a handy way of adjusting fan speeds for sure, and I like that it is on the rear. On-the-fly fan speed adjustment is a great feature, but I don’t want to get involved with the look of the front face of the rig. Also interesting to note that the slot used for the fan controller can also be handy for installing non-input expansion cards. 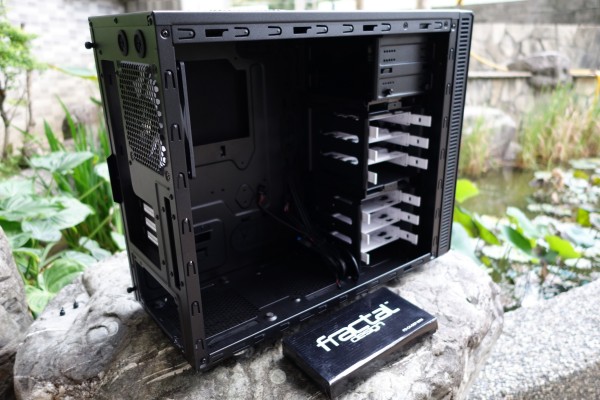 In terms of USB connectivity however, the front panel is now showing the Define Mini’s age just a bit. The chassis has been on the market for a year or two and it would be great to have the full complement of USB 3.0 ports on the front. Instead you get two USB 2.0 ports and just a single USB 3.0 port. This is a tad disappointing as the connector provided is the standard external USB 3.0 connector supporting two USB 3.0 ports by default. If you can only find room for three slots (a bizarre outcome as there is ample space on the panel for four) let’s have dual USB 3.0 and one USB 2.0. A small gripe, but a gripe nonetheless. 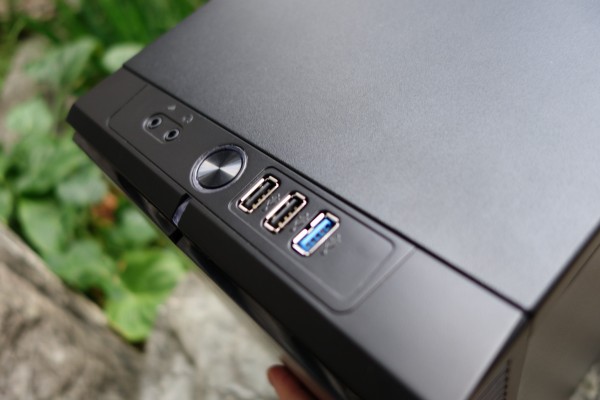