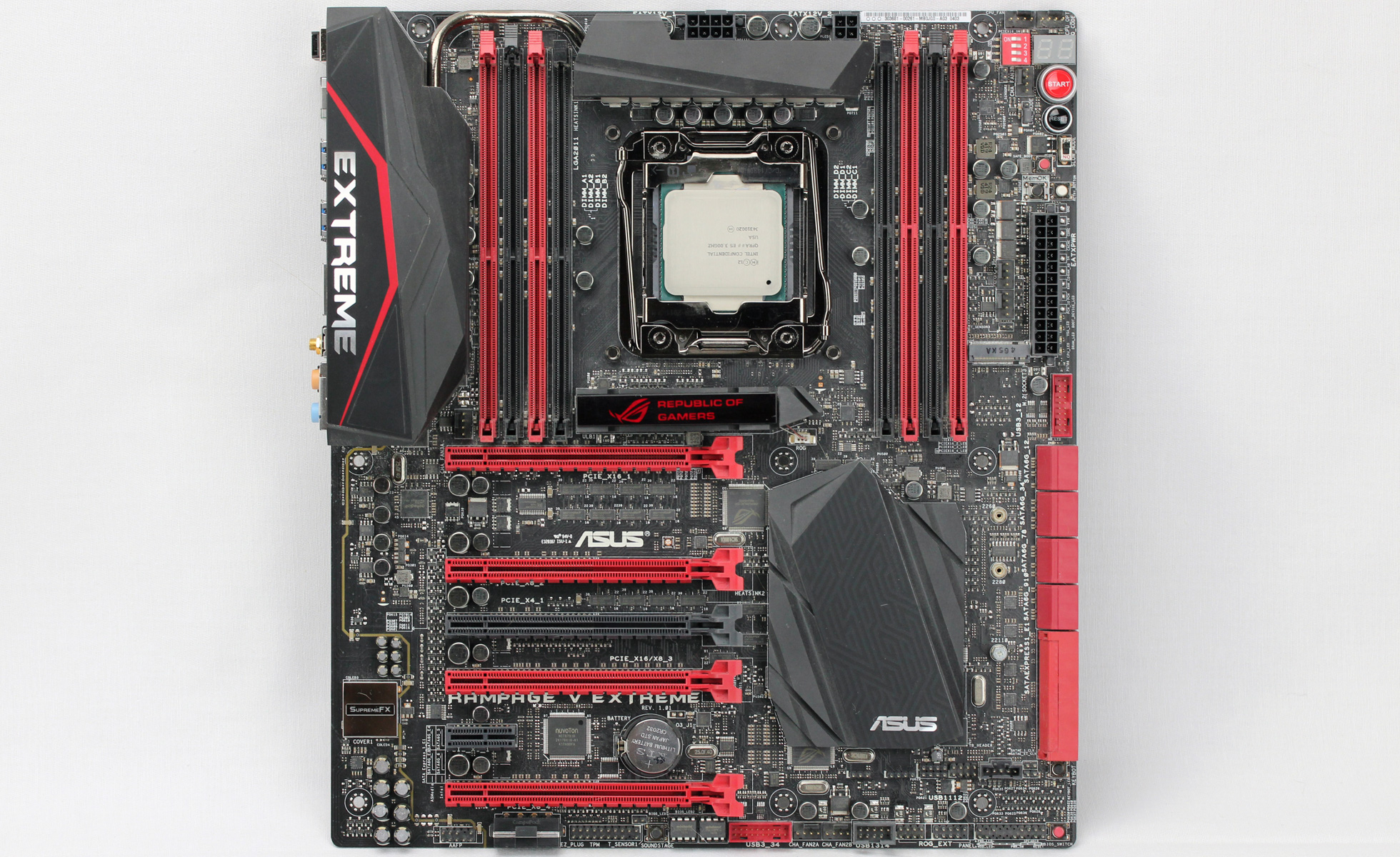 Asus by far is the reigning champion when it comes to cache/uncore overclocking.  There is no other board that comes withing 1GHz of the 4.6GHz uncore we were able to achieve in testing.  The 4.5GHz cache/uncore proved to be absolutely rock stable and was what we chose to run our tests with.  Other overclocking boards were only able to achieve at most a 3.6GHz uncore overclock and actually needed the CPU to be physically modified to run near 4GHz.  So having this board be able to achieve that with nothing else needed is a welcome feature for many of its users.  There has been some chatter though about a new MSI XPower that has been able to get to 4.5Ghz, but nothing is known as of now other than a screenshot.

Our 5960x was easily overclocked with minimum effort to 4.6GHz as well, though for the rock stable setting it was adjusted to 4.5GHz with only 1.295v needed.  That setting proved stable with hours and hours of testing and gaming under its belt. The board has one of the most in-depth BIOSes that I have seen, but also proves to be very easy to navigate and use.  That is a welcome thing for those who want the best motherboard available, but are not entirely comfortable with their BIOS and OCing skills yet.  The board is very forgiving when there is an issue and has many features that help make recovering from a bad setting as easy as can be.  The great thing with this board is that it has dual BIOS chips but they are the socketed variety meaning that they can easily be replaced without the need for sending the motherboard in.  This can be done when otdering a replacement from someone or done with an inexpensive programmer. 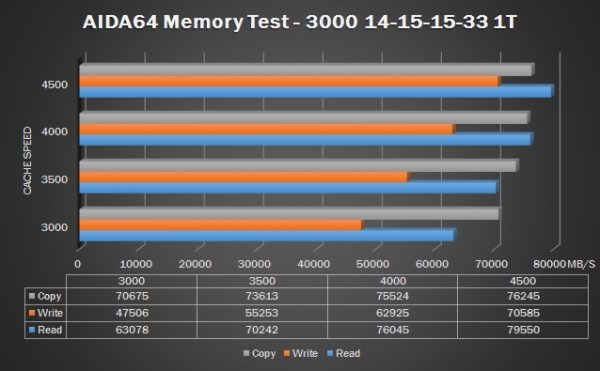 The AIDA64 memory test was ran with the Kingston 3000 C15 RAM performing at its best with 14-15-15-33 1T.  The results are very impressive and only get better when the Cache is cranked up.  The jumps in write speed are by far the most impressive gains that were made with the cache speed increase.  The read speed topped out knocking the 80GB/s wall.  With the CPU cranked up to 4.5GHz we saw the read speed break through that and sitting at 81GB/s. 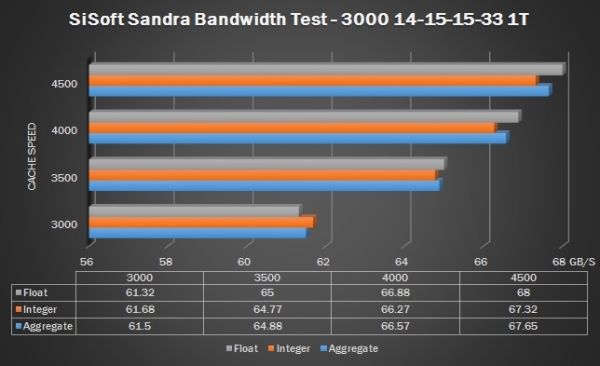 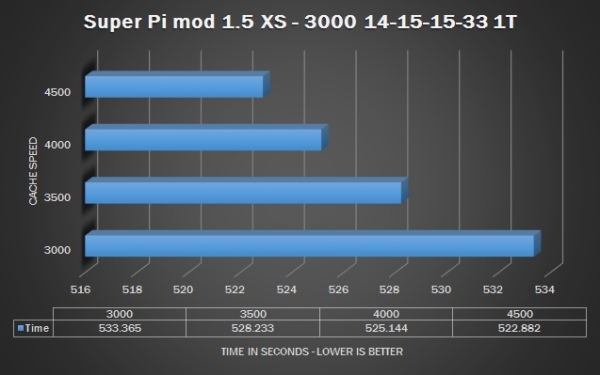 An almost 11 second improvement in Super Pi is great, just by increasing the cache/uncore this drastic improvement occurs.  And for those who like to benchmark every little bit helps and when you can make gains this easily it leaves you with time to dedicate to tweaking other parts of the system.  For those who want to play in the OC arena this is the board to have as it has so many features that will allow you to tweak your way to success.

Overall this means that this board will perform better when the users takes time to adjust the cache/uncore speeds.  And presently at this time Asus is the only board that can accomplish this task without modifications.  This makes the board an easy choice for someone who is set on overclocking their system or someone who wants the best parts that are on the market today.  In this sense there really is not other challenger to the Rampage V Extreme presently.