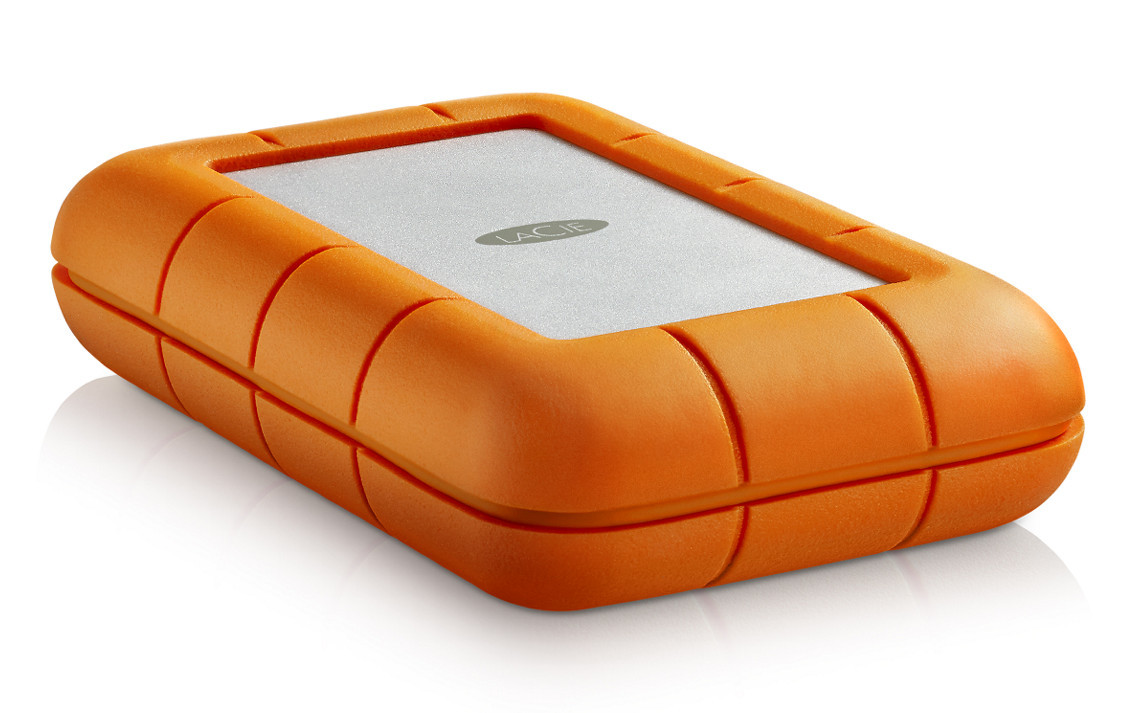 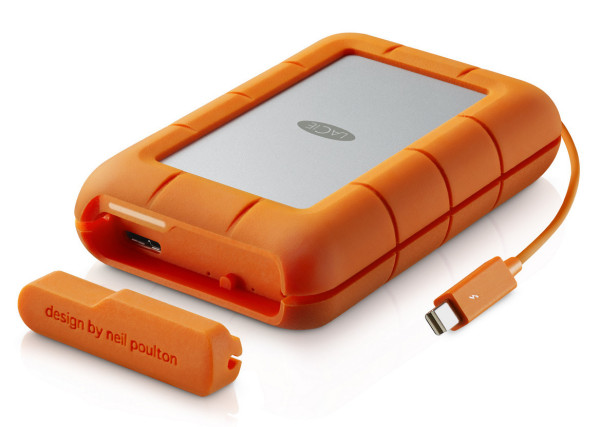 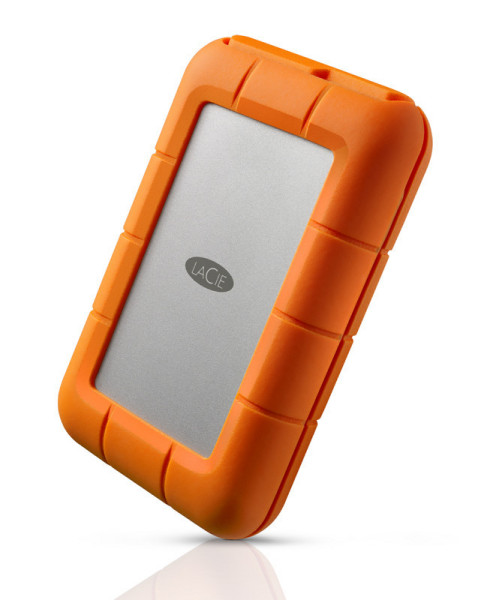 The Rugged RAID mobile drive is a drive featuring two hard drives that can be put in RAID 0 for speed or RAID 1 for data redundancy.  RAID 0 uses two drives to store one piece of data, allowing it to read and write faster by storing half of it on both drives to form the single piece of data.  RAID 0 is much faster than a single hard drive (by about 2x) while being less secure for data since if one drive goes then the data is gone.  On the other hand RAID 1 stores the same data on two hard drives so that if one of them were to ever fail you will still have the data on the other.  This is a much more secure way to store sensitive data that is important for a user to protect.

The Rugged is exactly what it is called, rugged and that is thanks to its design.  The drive is resistant to shock, with it being able to withstand drops of up to 1.5m (about 5 feet) and 1 ton of pressure.  It is also resistant to water with its cap in place, and when it is the drive is IP 54 rated.  That IP 54 rating means that the drive is dust tight and will withstand splashes of water on the drive.  The drive also features USB 3.0 and Thunderbolt connectivity, which means that users will be able to use RAID 0 to its fullest.  The drive in RAID 0 will be able to get up to 240MB/s sustain performance.  The drive is compatible with all operating systems and it also includes LaCie Private-Public software.  The software enables users to password protect the entire device or just certain volumes with AES-256 encryption.

The LaCie Rugged RAID will be available in 4TB capacity with a MSRP of $449.99 later this quarter from LaCie’s online store and authorized LaCie resellers.  The drive will carry a three-year limited warranty that users can extend or upgrade.  The warranty provides worldwide repair and/or replacement, so this drive is ready for your adventures around the world.