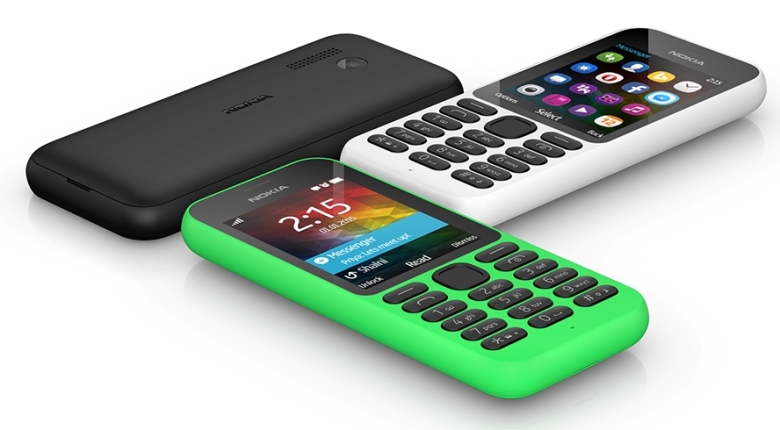 Microsoft (NASDAQ:MSFT) has been playing catch-up with Android and iOS in terms of smartphone platforms, with Windows Phone trailing the top mobile OSes as a distant third wheel. The Redmond company has so far shifted its strategy to focus on the emerging and entry-level markets in pushing Windows Phone, as evident with the Lumia 535, the first Microsoft-branded handset to launch after the company’s acquisition of Nokia’s handset division.

There’s more to the company’s focus on the low-end market, it seems. Even before Microsoft’s acquisition, Nokia had been moving at least 200 million feature phones annually, mostly in emerging markets around the globe, with success. Banking on the strong Nokia brand and the design philosophy that has been attached to it, Microsoft has announced a sub-$30 feature phone with Internet connectivity, aimed at bringing the mobile Internet to the masses.

The Nokia 215 is limited to 2G connectivity, but users aren’t expected to be heavy data consumers. The device will ship with the Opera Mini browser, Bing search, MSN Weather, Twitter (NYSE:TWTR) and Facebook (NASDAQ:FB) apps for the Nokia Series 30 platform. The 215 will also ship with Facebook Messenger, which is supposedly capable of instant notifications. This could be a game changer in markets where SMS is still the dominant means of exchanging text messages. Facebook has been heavily promoting its standalone Messenger app, and the Nokia 215 would contribute to Messenger’s market share.

Like many entry-level Nokias, the device has a built-in flashlight, FM radio and MP3 playback capability. The Nokia 215 also comes with a front-facing VGA camera. All this comes in a candybar package with a 2.4-inch QVGA display. Microsoft will also ship two variants of the 215: one with single-SIM capacity and another with dual-SIM, which is a popular feature in emerging markets.

The specs are not to die for, but this means the device can last very long even with its paltry 1,100 mAh battery. The single-SIM variant can last for 29 days on standby, while the dual-SIM variant has a 21-day standby rating.

“The Nokia 215 is perfect for people looking for their first mobile device, or those wanting to upgrade to enjoy affordable digital and social media services, like Facebook and Messenger,” says Jo Harlow, corporate vice president of Microsoft Devices Group. Perhaps for people who already own more expensive and more capable smartphones, the 215 will be a novelty item or a great backup phone for when your iPhone, Android or Lumia runs out of battery in the middle of your commute.

With the Nokia 215, Microsoft may have found the best recipe for connecting people (which is Nokia’s tagline and even its mission statement, by the way) without breaking the bank. While Nokia has been shipping sub-$30 devices for years now, it is only now that the brand will have an Internet-capable device at this price point. According to Microsoft, it will start shipping the Nokia 215 in Asia, Africa, the Middle East and certain European markets starting Q1 of 2015. However, the 215 will notably be missed in the Americas.