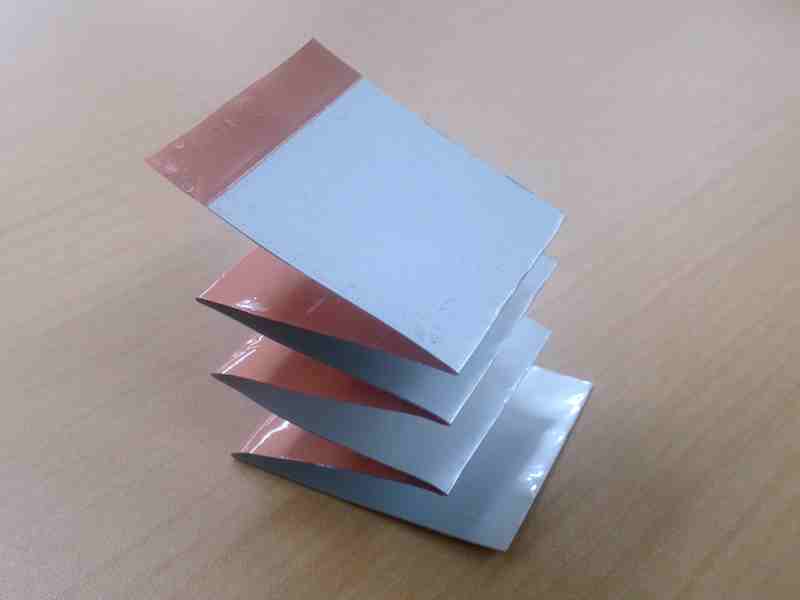 Typical laminated thin film Li-ion batteries usually require a tab lead directly attached to the electrode whenever it is connected to a circuit. The new film Li-ion battery Showa Denko developed does not require a tab lead, and can be used externally, due to the inherent conductive properties of the laminated layer. This means that the protective covering of the film battery itself can be directly connected to any load, negating the need to design the battery using several conductive layers. This would then enable it to be used in its plain, thin film form, without any cladding or covering.

The prototype film battery the company designed is about 100 micrometers thick, or about 50% thinner than conventional thin film Li-ion batteries. As such, it can be easily slipped into any mobile device or handheld gadget that would benefit from a thinner battery form factor. In addition, with its considerable flexibility, it can be shaped and bent into various forms, further enhancing its usability. Even better, due to its simple design, it is adequately radiation proof and completely waterproof.

While the development of better and thinner film type batteries can be directly related to the development of even thinner mobile devices, there are also other considerable applications where it can be used as efficiently. One concept proposed for Showa Denko’s thin film batteries is to use them as a component in e-papers. This would allow the paper to have additional functions that may require more power, such as embedding videos and audio clips.