Two concerned fathers temporarily lost their children – one in a parade crowd and the other in a crowd of shoppers. Both created a wearable tracking device to prevent this from happening again. The products are amazingly similar and are competing for attention at CES 2015 and on Indiegogo.

The companies sit on two sides of the world. Child Angel is out of Staffordshire in the UK. Kiband is out of Utah in the US. The companies base their technology on two different approaches. Child Angel tracks a child’s movements by combining GPS, GSM (Global System for Mobiles) and Wi-Fi hot-spot triangulation technologies. Kiband uses Bluetooth 4.1 and an audible alarm approach.

Kiband, named for the CEO’s four year old child Kimball, argues that coverage, accuracy, and cost of GPS are questionable. Their smartband technology covers 5 to almost 200 feet in any direction and you don’t need to interpret a map on your cell phone to locate a child who wanders too far. Kiband lets out an 85 decibel alarm alerting the parent and those around the child until it and the child are back with the parent. The band displays contact information for do-gooders trying to return the child to his parents. 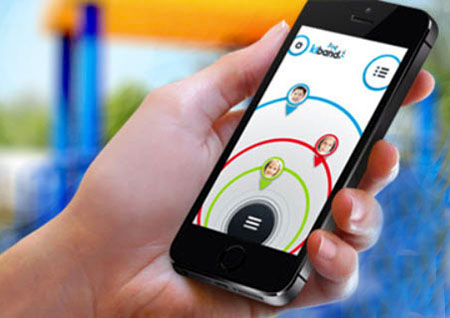 Child Angel, on the other hand, has no distance limitations. It notifies parents via its cell phone app and displays the child’s location on a GPS map. The battle has begun with Child Angel adding comments on its project site regarding the limitations of Bluetooth … as we’ve noted is used by their competitor, Kiband. 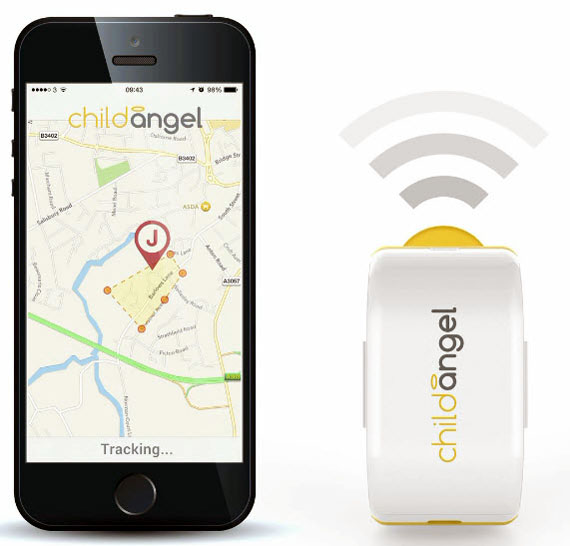 Its exact pinpoint location is sent by Child Angel wrist band to smartphone.

Another differentiation is the ability to remove the band from the child’s arm. Child Angel sends an alarm to the parent if the band is removed and marks its location, whereas the Kiband cannot be removed until unlocked by the parent via their cell phone.

The free downloadable Child Angel app is compatible with Android, Samsung, Apple iPhone, and iPad. The band’s rechargeable battery can last for 48 hours. The band is “splash, sand, and sticky proof” and geared to those 3-13 years. Kiband is fashioned for children from 18 months to 7 years. Child-friendly Child Angel can be customized with a click-on image. It can also be imprinted with a licensed business partner’s logo.

Both provide boundary settings such as Geo Fencing on Child Angel. If your child goes beyond your pre-set safe zone an automatic alert goes to your cell phone. Kiband differentiates itself by claiming to alert you to your child’s location before they disappear, not after. Its goal is to prevent a lost child, rather than trying to find one after they go missing. The band involves the child in their own safety by vibrating when they wander too close to the perimeter set by their parents. It is not only water resistant, but if submerged will put out an alarm. 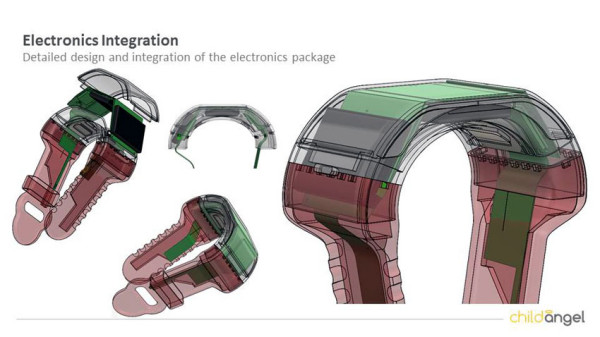 Spencer Behrend, Founder and CEO of KiLife Tech, claims a background in entrepreneurship, technology of an unspecified nature, finance, and corporate leadership. Heather Palmer has the unique title of CMO – Chief Mommy Officer – bringing a mother’s touch to the company. None of the bios of the rest of the team mentions any technology experience, leaning on backgrounds in operations, finance, and social media. However, the company profile claims to be “a diverse collection of tech entrepreneurs.”Andrew Purcell is the father and CEO behind Child Angel. His team consists of persons with financial, organizational, and sales skills. No one mentions having technology expertise, but their project site shows how the device was developed. Child Angel’s Indiegogo project has raised $2,572 USD towards its more aggressive $100,000 goal with 24 days left.

As a parent, you have choices to make regarding your child’s safety. Child Angel and Kiband offer two slightly differing ways to keep track of a busy and mobile kid. Which would you choose?