Though commentators and analysts are warning of the coming slowdown in China, the Middle Kingdom still led the world in skyscraper construction during 2014 in what the Council on Tall Buildings and Urban Habitat is calling “the tallest year ever.”

According to a report by the council, 97 skyscrapers — which are defined as buildings over 200 meters in height — were completed in 2014. This beats the last world record of 81 from 2011. Of these 97 skyscrapers, 58 were in China, 5 in the Philippines, 4 in Qatar and the United Arab Emirates, and 4 in Canada.

The report’s authors speculate that the near half-decade since the economic crisis of 2008 means that there is some “pent-up demand” for tall buildings, thus there is a race to complete new towers to satisfy the market’s needs.

“Now that six years have passed since the global economic crisis / recession began in 2008, and given the long gestation and construction periods common to tall buildings we are almost certainly seeing a post-recessionary recovery,” the report reads.

The tallest building completed in 2014 was in Wuxi, China. The Wharf Times Square 1 comes in at 339 m and is a mixed use hotel and commercial building.

How long will it last?

In China, developers responsible for such mega projects are state-owned enterprises — or companies cosy with one — financed by the central government. Interest free loans that are renewed nearly indefinitely fuel the construction of these tall buildings at the breathtaking speed the world is used to seeing.

However when the construction of skyscrapers is removed from market demand, you have the uniquely Chinese phenomenon of ghost towns. While China is still rapidly urbanizing, the demand is not there for the supply of skyscraper real estate available. Consider the example of Tianjin. The replica of Manhattan’s financial district that was supposed to be the centerpiece of the city is almost entirely empty. 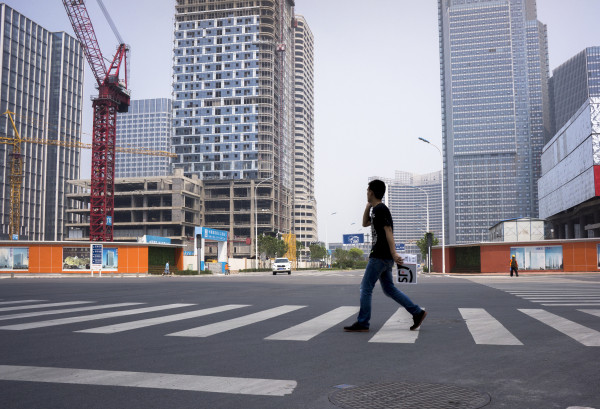 The same goes for the New South China Mall in Guangdong province — the world’s largest and emptiest mall. 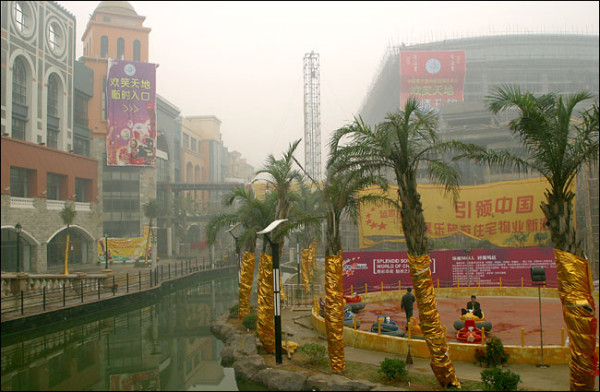 While many of the loans used to finance construction of these mega projects are guaranteed by the government, others are not. Loans for smaller projects are bundled into poorly-regulated investment vehicles called “Wealth Management Products” (an excellent explainer on that here) and are resold to the public as one of the few investment products available to the average person. When these become unsustainable and begin to collapse, the skyscraper boom in China will no doubt become a bust.