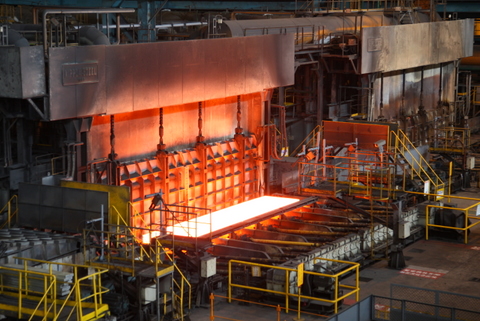 China Steel Corp (TPE: 2002), the nation’s biggest steel supplier, said on Jan. 14 that better services to its clients in the South Asian region will be offered, now that the construction of its new plant in India was completed on Jan. 12.

China Steel Chairman Tsou Jo-chi (鄒若齊) said that the project of the new plant, including a new factory and sales office, in India has been a part of the company’s plan to extend its production and marketing network to South Asia and intensify its efforts to penetrate the market there. The construction of the cold-rolled steel mill in a Gujarrat Industrial Development Corporation Industrial Park in Dahej, located in western India, cost US$237 million.

The project, which was described as the first stage of China Steel’s investment in India, was launched in July 2012 and the construction began in August 2013. The new plant, featuring an annealing and coating line, launched commercial production on Jan. 12 and will roll out 200,000 tons a year of electrical steel, a type of cold-rolled steel. The new plant had been engaged in trial production since the end of September 2013.

Tsou said that electrical steel is used for the production of a wide range of products, such as electric motors and compressors.

“The new Indian plant is expected to shorten lead times and provide more timely service in the South Asian market, and I hoped it would allow China Steel to grow together with its customers,” Tsou said.

In the meantime, the chairman said that details of China Steel’s second stage investment project in India have yet to be finalized and the scale and timeframe of the investment will depend on market conditions.

In addition to the new production site in India, China Steel also owns production facilities in Vietnam and Malaysia and sales offices in Thailand and Singapore.