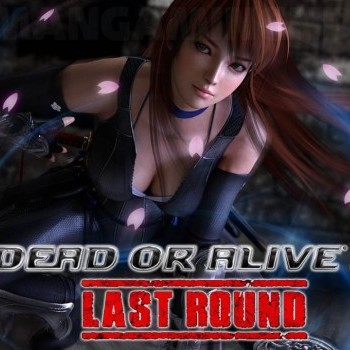 Team Ninja confirmed that Honoka is a new playable character that will be joining the roster of the upcoming Dead or Alive 5: Last Round. Game is currently being developed for Playstation 4, Playstation 3, Xbox One, Xbox 360 but will also for the first time in Dead or Alive franchise history come to PC through Steam service.

Some action featuring Honoka can be seen in the new trailer:

Honoka is a sweet, easygoing girl. Raised by her kind and loving grandma she would not hurt a fly. Unless she sees a fight. A mysterious power surging through her awakes and she just has to rush in and apply some beatings. Strange and hidden power alows Honoka to learn any fighting move seen in battle. While being built as an average teenage girl, using skillfull but weaker moves than ones from people she copied them from she can use Hissatsu-no-Kamae stance to get an edge. This gives her unbelievable strenght and ability to use previously unseen and crazy powerful techniques.

Dead or Alive 5: Last Round is planned to be the most graphically advanced and exciting game in the series offering life-like combatants, smooth combat moves that bring the player into action and visually impressive interactive stages. On customization side the game will offer over 300 open and unlockable costumes plus new hairstyle and accessory options offering some interesting style choices. European launch is expected on 20th Feburary 2015.