Update: NeoGAF reports that the special edition Major’s Mask 3DS XL handheld will not come with Majora’s Mask or an AC adapter.

Original article is as follows.

The announcement comes off the heels of a recent leak that pinpointed this exact date for the handheld’s release.

No details of a North American release of the regular New 3DS (the non-XL flavor) were announced during today’s Nintendo Direct, and it appears that only the New 3DS XL will be available in the United States.

On the other hand, the smaller New 3DS systems are unique in that they have inter-changable faceplates that allow gamers to customize their device. These models sport the same upgraded specs to boot. 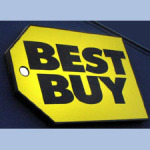 Priced at $199, the New 3DS XL will play all existing 3DS games along with upcoming titles. In a truly puzzling move, Nintendo has opted not to package the new handhled with an AC adapter–but previous device adapters will work.

The New 3DS XL will launch in two flavors, “New Red” and “New Black”, along with a variety of special edition variants like the Majora’s Mask edition (which comes with a copy of the remastered N64 classic) and a Monster Hunter 4 Ultimate Edition that comes with a pre-installed copy of the game.

Nintendo said nothing about releasing the smaller New 3DS across North America, meaning U.S. gamers will miss out on customizable faceplates and will be stuck with the default New 3DS XL skins.

All in all Nintendo’s “new” hardware line seems like an unnecessary re-branding of the company’s signature handheld line. For quite some time Nintendo’s 3DS systems have kept the beleaguered Japanese games maker afloat, and the introduction of this new line will only confuse consumers even  more.

Why Nintendo of America wouldn’t launch the smaller New 3DS in the U.S. is confusing in itself, considering gamers would love the chance to customize their own handhelds on a whim.

It’s a strange move, but it’s not surprising, as Japanese gamers get access to a number of exclusive games and hardware never released overseas.

In any case, it’ll be interesting to see how this gambit plays out. I forsee the “New 3DS” line replacing its predecessors the same way Nintendo ultimately phased out its original DS line. The gimmicky Ammibo figurines will no-doubt play a large role integrating with these new handhelds.

But instead of streamlining redundant systems and unloading its withering coffers on re-branded hardware, Nintendo should work on bolstering the Wii U. Maybe these New 3DS systems will interact more dynamically with the Wii U in the future…