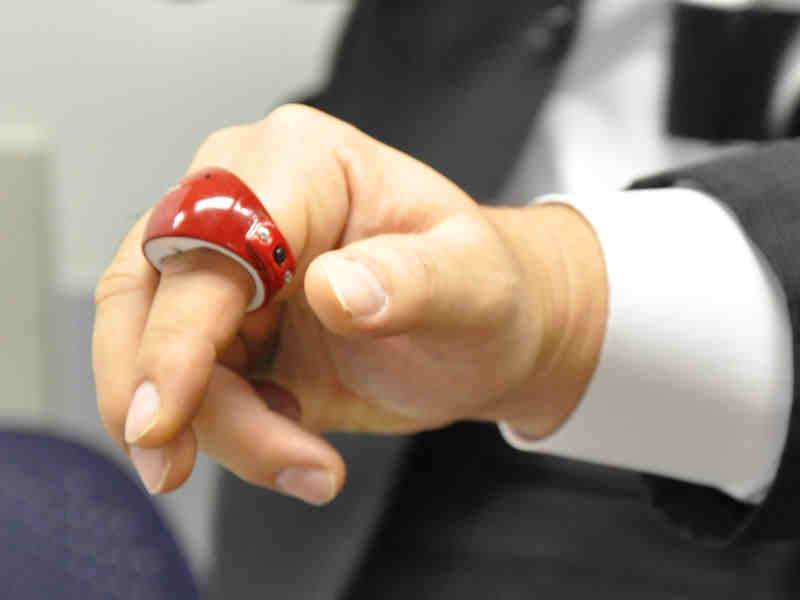 The concept of using head mounted displays, or at the very least eyewear tech for work related activity has been already discussed and proposed as early as when the devices are still being demonstrated a few years back. However, even though these devices remove the need to use a tablet or another handheld device for data access, the method for manipulating the data visually on these devices are currently limited. Even if there have been a handful of other smart rings that can provide convenient input, the function is usually just in the form of pre-set gestures.

Fujitsu Labs, aiming to solve this inherent problem, developed a new smart ring that can be used to make the user’s fingers ‘interact’ with the wearable device screen. This allows the user to view the information displayed on the device and write data as if it was actually in front of them. 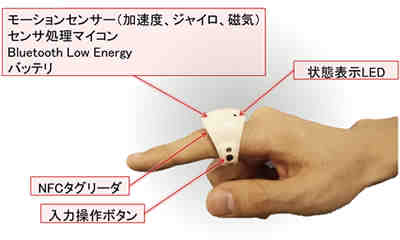 Packed with an accelerometer, a gyroscope, and magnetic sensors, the wearable tracks the user’s hand and finger movements. It then follows a trail, which is promptly analyzed and interpreted as manual input for an eyewear device’s screen. The intuitive controls make the device easy to use, as it does not require special training. It can be especially useful in workplaces where calculations, inventory/item organization and manual number crunching are frequently required.

Additionally, when inputting letters and characters (currently in Japanese), Fujitsu Labs has also developed its own correction algorithm for the device. This would allow the device to properly display inputted letters without the need to worry about visual spacing, a previously common problem with apps having similar functions in tablets and smartphones.

The ring-type wearable device will have NFC tagging functionality, as well as Bluetooth LE (Low Energy) connectivity. Fujitsu Labs plans to test the device early this year, following its eventual implementation later during the same year.