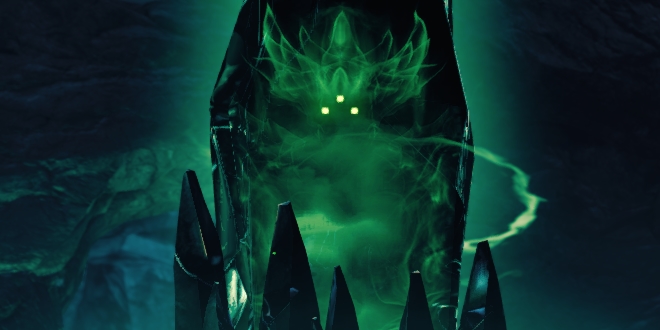 Crota’s End hard mode is officially finished and is planned for a release on Wednesday, Jan. 21 at 10AM PST, Bungie has revealed in a new Weekly Update.

In preparation for the raids the studio plans to roll out Destiny Update 1.1.0.4 next Tuesday, then access will be unlocked the following day.

Bungie has set the bar of entry at level 33 for the new raid difficulty, and they aren’t giving us any clues, tips or spoilers on how to conquer Crota’s End on hard.

The studio does showcase the new shiny loot you have a chance at collecting, including elemental primary guns, ships, and a brand new shader called “Glowhoo”. And you can finally snag the super-rare Crux of Crota crafting material that’s required to transform the Legendary Eidolon Ally auto rifle into the ultra-powerful Necrochasm Exotic.

We have a brief breakdown of the guns below, along with a picture gallery to boot. 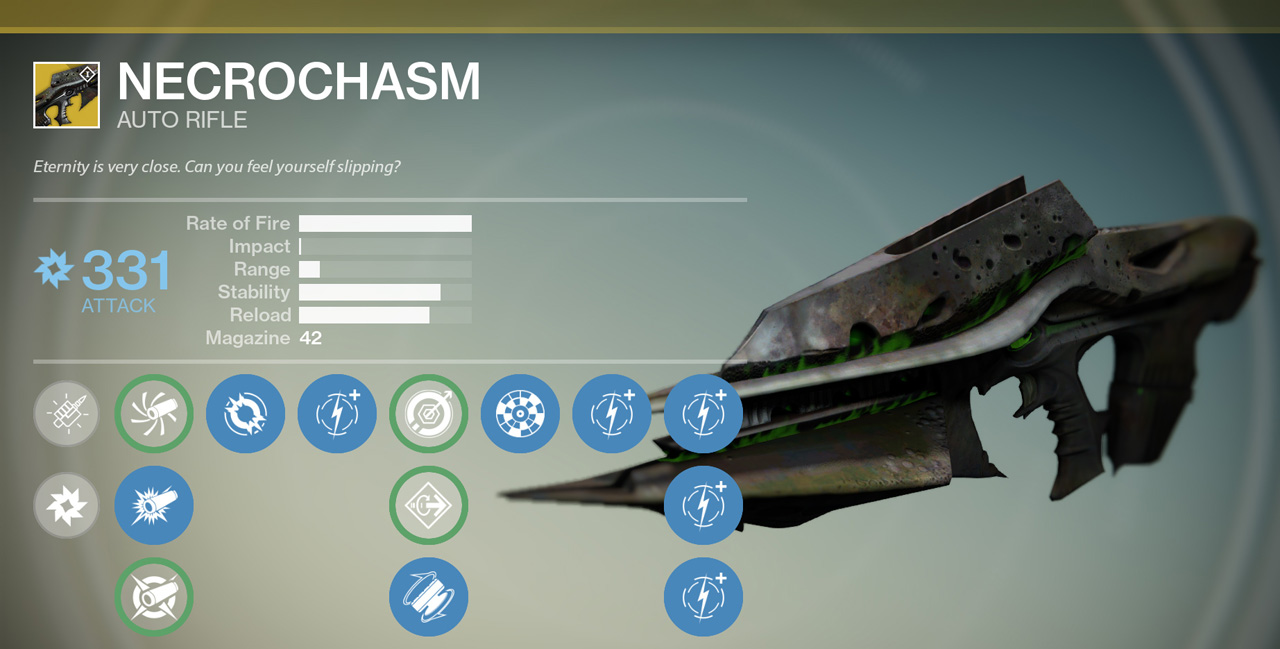 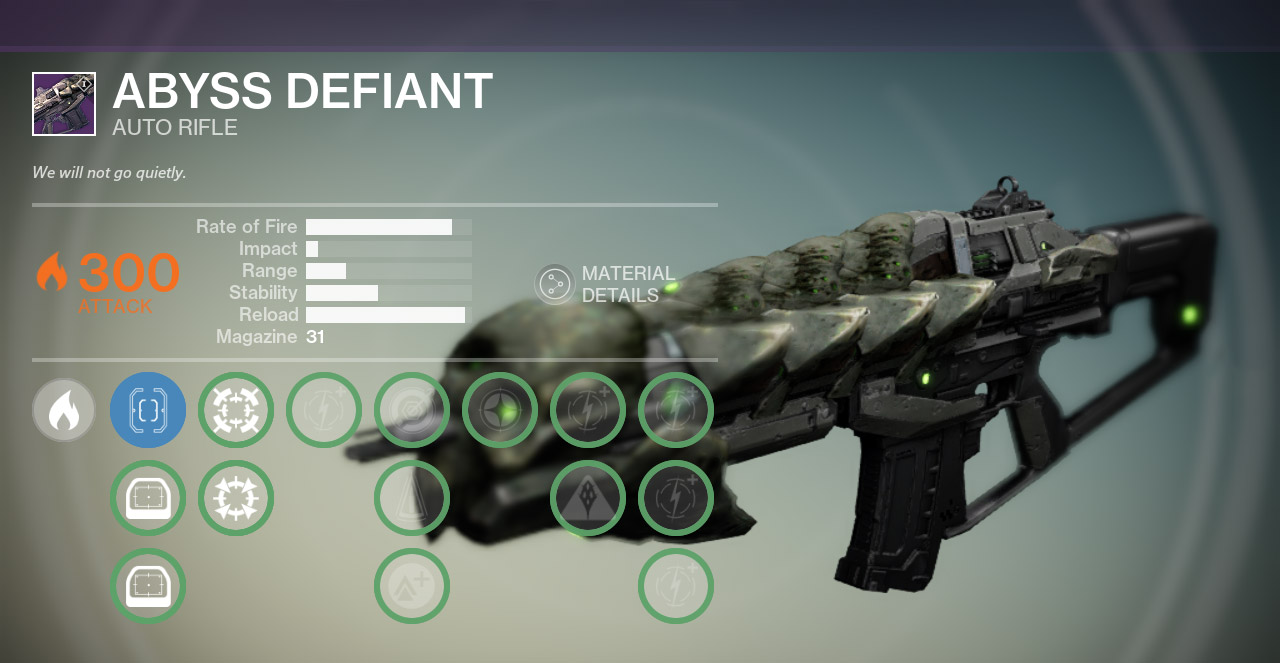 Abyss Defiant Auto Rifle (Solar)
“We will not go quietly.” 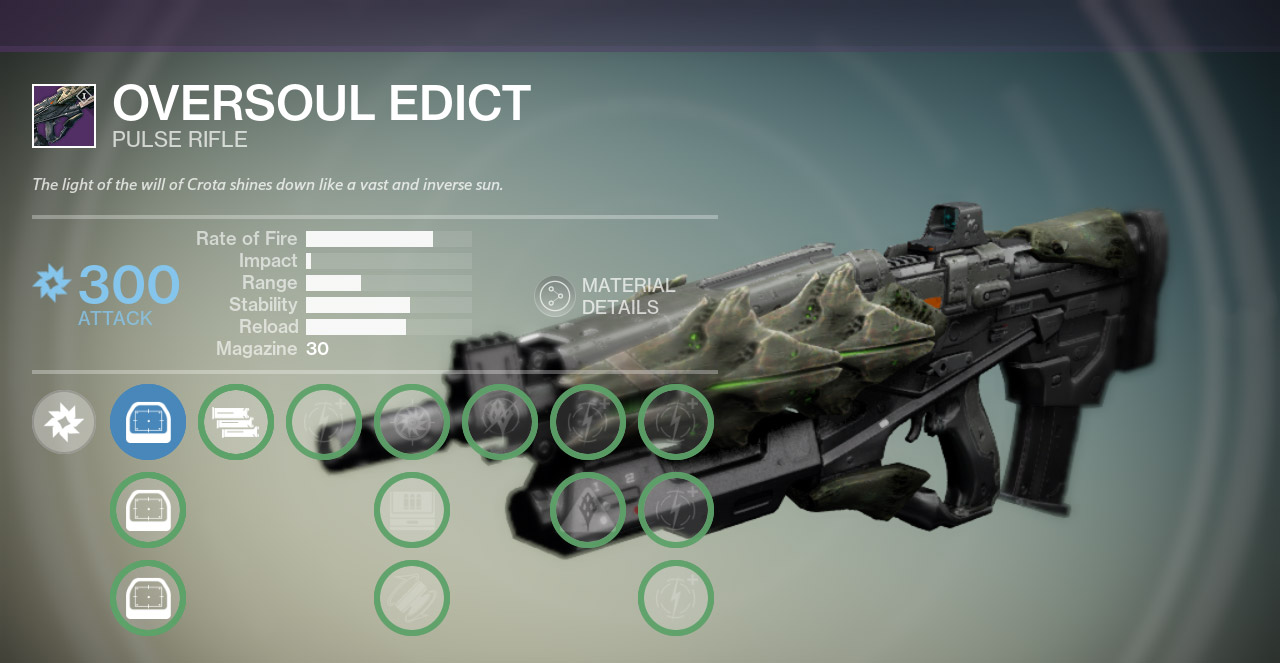 Oversoul Edict Pulse Rifle (Arc)
“The light of the will of Crota shines down like a vast and inverse sun.” 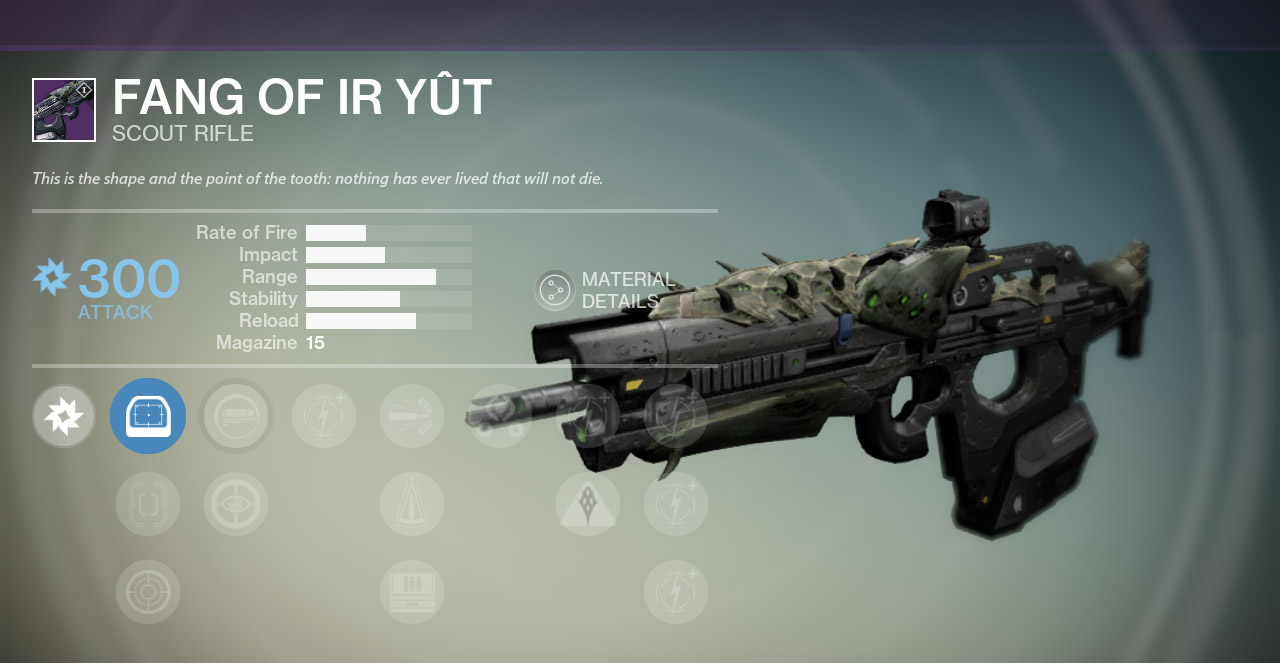 Fang of Ir Yut Scout Rifle (Arc)
“This is the shape of the point and tooth: nothing has ever lived that will not die.” 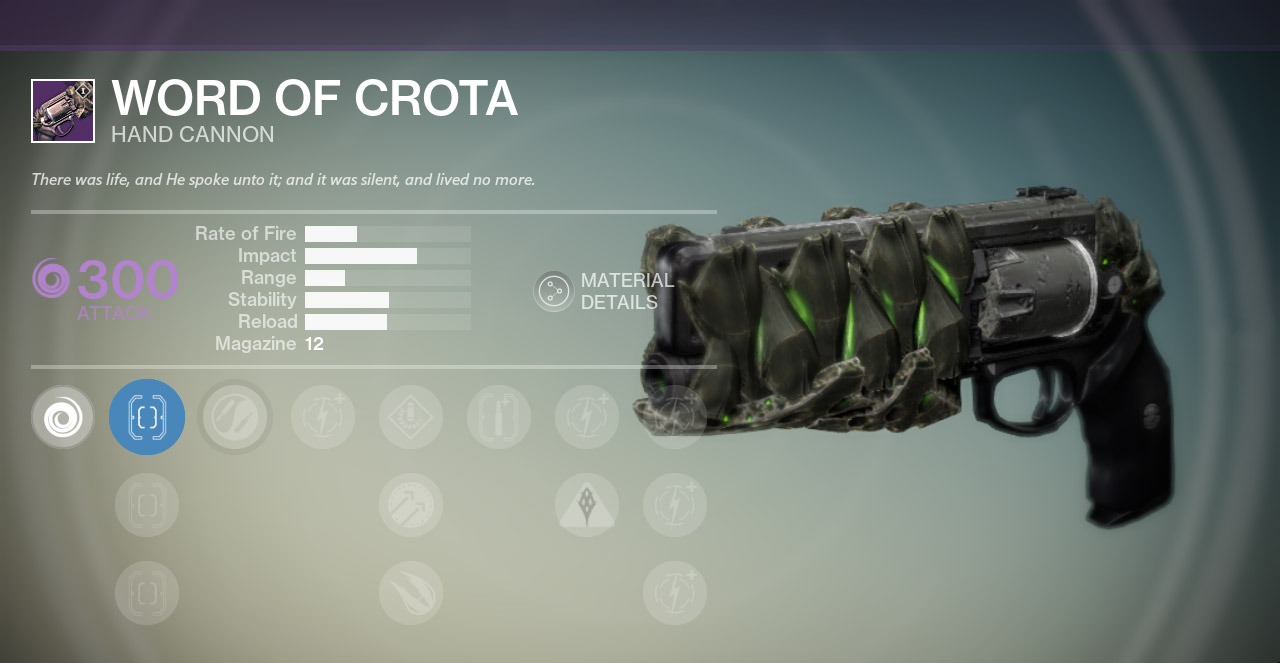 Word of Crota Handcannon (Void)
“There was life, and He spoke unto it, and it was silent, and it lived no more.” 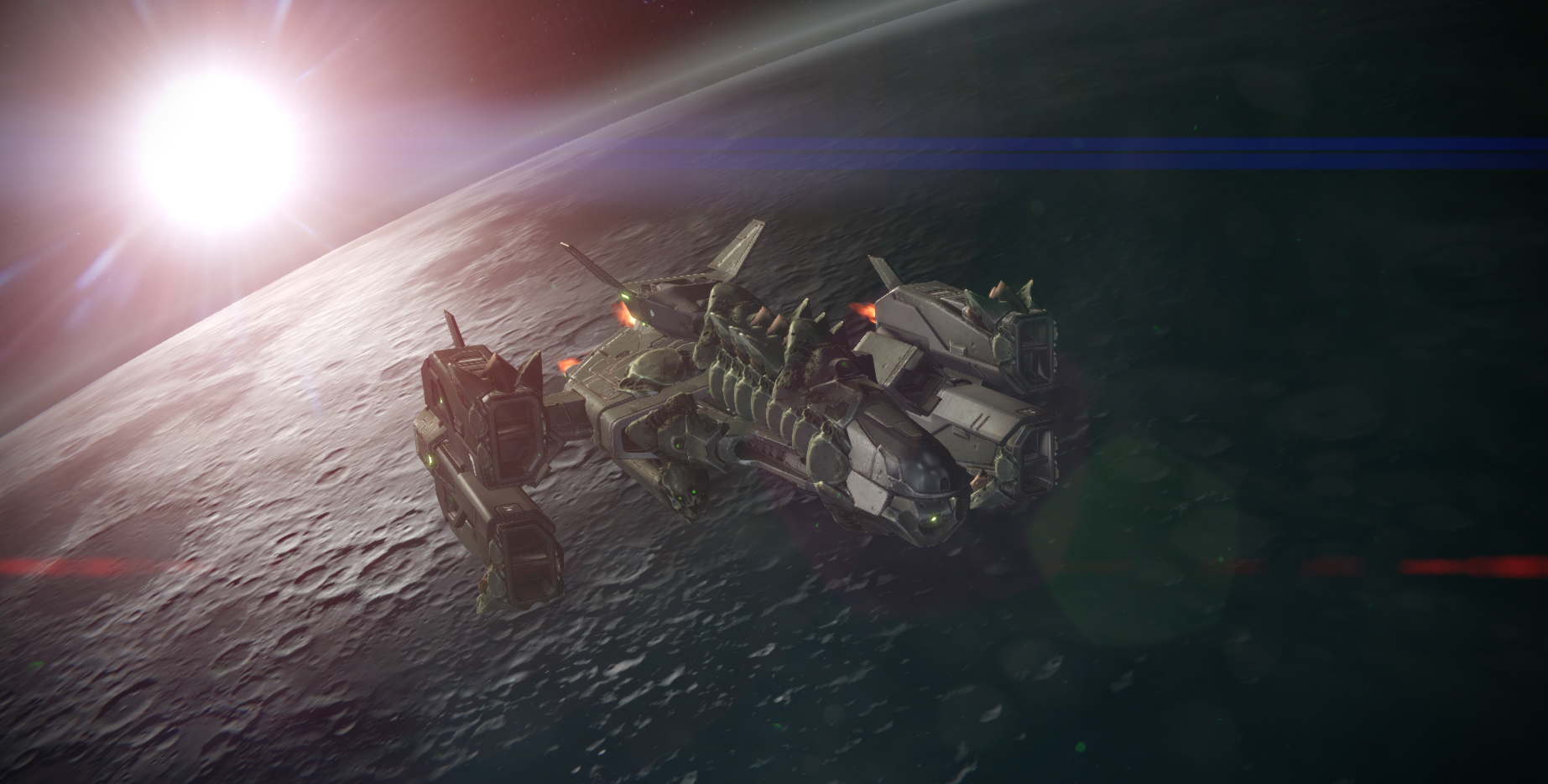 The Bane of the Dark Gods Legendary ship

For those of us who have braved the shadowy depths of Hellmouth and faced the Hive god within his eldritch fane, we know quite well that the Crota’s End raid already has its own set of rigorous challenges even on normal difficulty. From the very beginning the raid becomes an excursion into tedium, with curses that weigh us down with our sins as we face hordes of screeching monstrosities.

Guardians had found many tricks to aid in their quest amid the Darkness, but many of these–like the oft-used cheesing of Crota–have been nerfed and made redundant by a recent hotfix that paved the way for the new difficulty.

Bungie also says that the first Fireteam that beats the raid might get some special swag from the Bungie Store. I’m sure that Invigorate Gaming–the team that became the first to beat Vault of Glass and Crota’s End–will do their very best to take home their third win, and it’ll be interesting to see what new tricks Bungie has up their sleeves.