It looks like Nvidia (NASDAQ:NVDA) is set to continue the Titan series, as evidenced by the leaked PCB shots of what is alleged to be the upcoming GTX Titan-X. The pictures reveal that the card will be based on a new GM200 GPU, and will feature a staggering 12 GB of GDDR5 video memory along with the Maxwell architecture.

The reported specs include 3072 CUDA cores, a 384-bit wide  memory interface and 96 ROPs. The manufacturing process is said to be 28nm, which means that we are still some ways off from the 20nm video cards. The card is detailed to feature one 6-pin and 8-pin power connector. 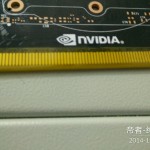 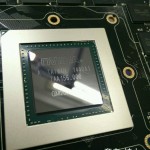 With the Titan-X, it looks like the goal is to enable gaming at 5K (and beyond) resolutions with a single card. While there are no benchmarks yet, earlier leaks suggested that we may see a performance increase to the tune of 50% from the GTX Titan Black. Nvidia has already shown the vast strides it has made with Maxwell through the GTX 900 series, so it isn’t too outlandish to assume that we’ll see similar gains with the Titan-X.

There’s no confirmation as to when we’ll see the Titan-X, but the leak does mention that Nvidia is looking to launch the card sometime in the first quarter of 2015. If previous generation pricing of the Titan series is anything to go by, the Titan-X will be priced above $1,000.