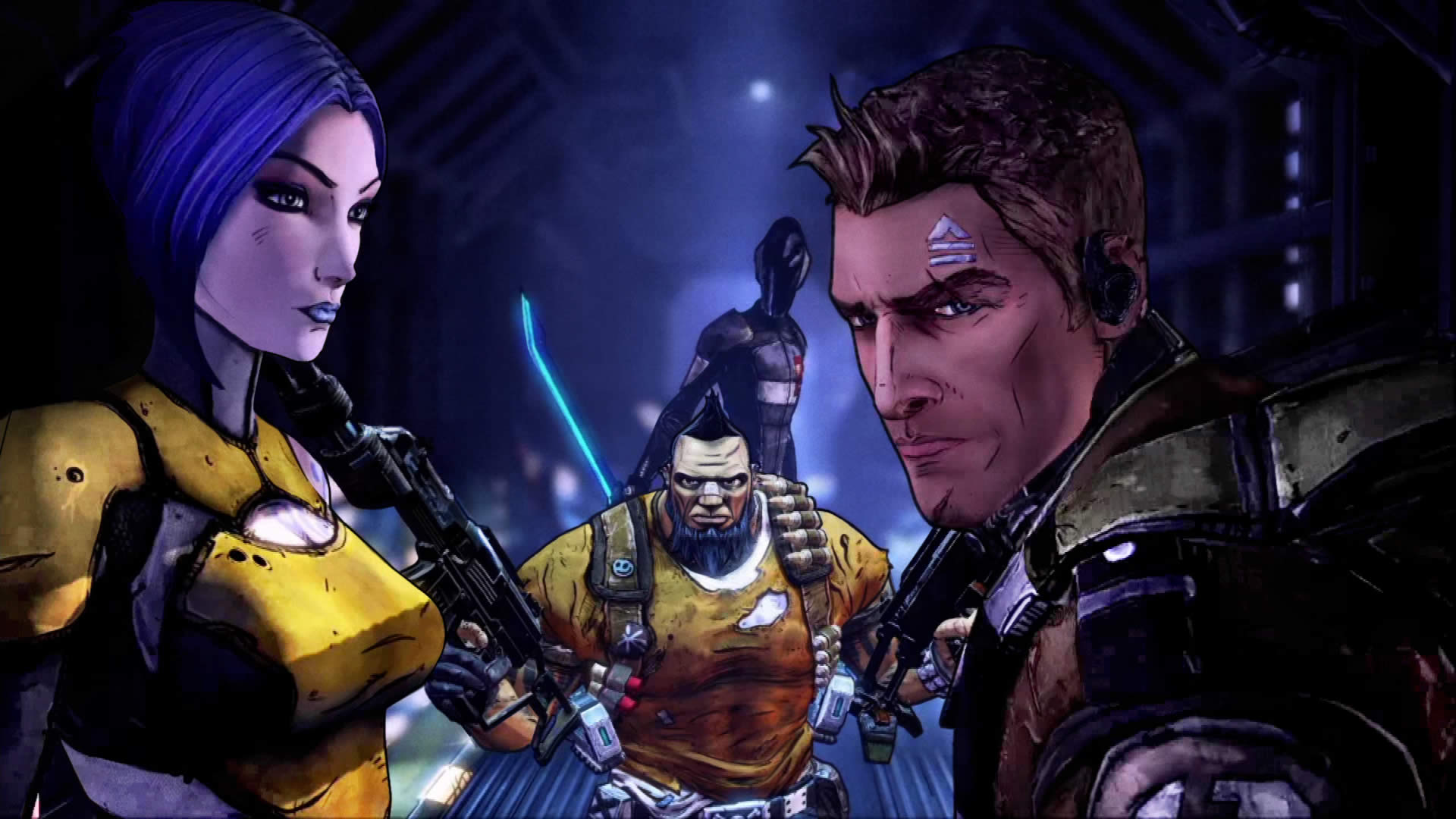 Gearbox today announced that the last two Borderlands games will be making their way to next-gen consoles in the Borderlands: Handsome Collection.

The bundle packs fully remastered versions of the co-op fan favorite Borderlands 2 and the recently released moon-centric Borderlands: The Pre-Sequel optimized specifically for the PlayStation 4 and Xbox One.

Both games will be included together on a single disc, and will come jam-packed with a ton of DLC add-ons (pretty much every add-on for both games is included). Oddly enough the first Borderlands game is MIA, probably because it’s harder to port because it’s so old.

Also for the “first time ever in a Borderlands game” this next-gen collection will feature 4-player couch co-op play.

After the travesty that is The Halo: Master Chief Collection, we’ve seen what can happen when a whole bunch of content gets remastered and jammed on a single disc. Let’s hope that Gearbox doesn’t go down this road, and that the 4-player co-op works as intended.

The question remains: how many last-gen games will be resurrected to make a tidy profit on new-gen ports? How many times will gamers be encouraged to re-buy games they already have?

Is this the true motivation for the Xbox One and PlayStation 4 not supporting backwards compatibility?

We know that both next-gen systems have dramatically different x86 architecture that prevents older games from being played, but sometimes it genuinely feels like companies are just re-hashing every popular game to bolster the dry months of game releases. 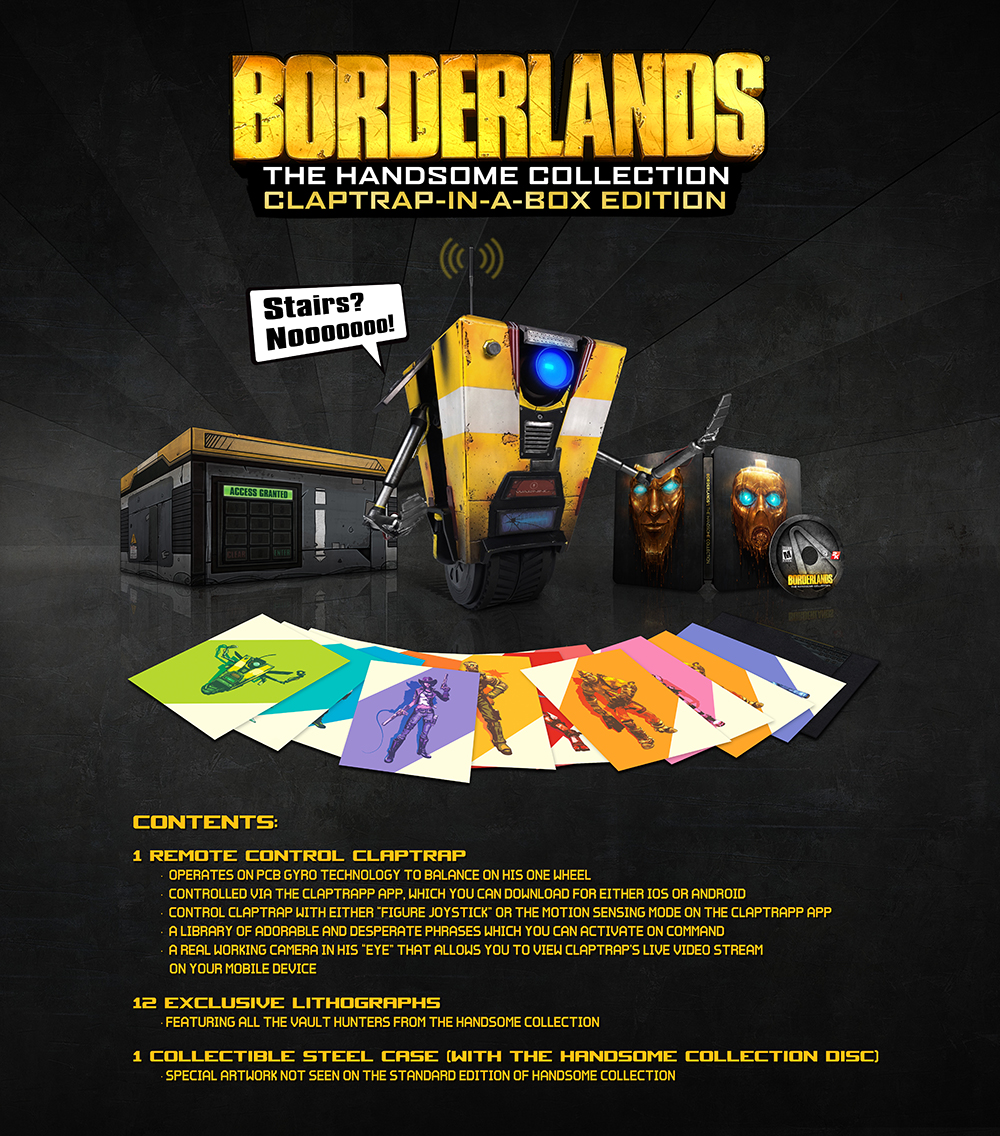 This collector’s edition comes with your very own Claptrap, but you’ll have to shell out $399 to snag him.

And what remastered port would be complete without an overpriced limited collector’s edition?

The Borderlands: The Handsome Collection Claptrap-in-a-box Edition (aye what a mouthful) delivers your very own uni-wheeled robot. Yes, that’s right, you get a remote-controlled Claptrap that can zoom around the room and repeat iconic phrases straight out of the game.

Plus the little robutt has a built-in webcam that streams live-action video feeds right to your phone. Neat. The edition also comes with 12 lithographs and a handsome steel case.

But the Claptrap-in-a-box edition is $399. Ouch. Gearbox affirms that this is an “extremely limited run”, tacked at just 5,000 worldwide units. Still I don’t see many people picking this one up.

The Borderlands: Handsome Collection is slated to release on March 27, 2015 on Xbox One and PlayStation for $59.99.

Here’s a list of the extras that are included in the collection–be forewarned, the list is pretty long.