Google Maps has taken its Street View to the skies.

Google’s cameras went to Lake Pitkäjärvi in Finland where the Aurora Borealis shines. These Northern Lights will be explored also by unmanned space probes sent by NASA to study their effect on satellite communications. The display occurs when highly charged electrons from the solar wind interact with oxygen and nitrogen atoms in the earth’s upper atmosphere. 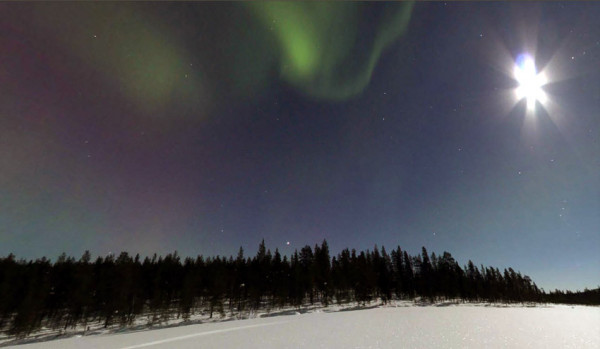 The average individual rarely has a chance to glimpse this awesome display unless they are dressed for mighty cold temperatures. The conditions that make the glow visible only occur at certain latitudes and times of the year. The lake site is about 550 miles above sea level at a latitude of 63°9’0.01″ and longitude of 25°19’0.01″. This week’s weather hovers around 9°F and 98 percent humidity with a light dusting of snow.

Charles Swenson, a Utah State University professor of electrical and computer engineering, is the principal investigator for one of the NASA probes, known as the Auroral Spatial Structures Probe (ASSP). The missions are concerned with how the aurora affects Earth’s weather and how they impact Earth’s atmosphere. The ASSP probe will primarily study how heat from the aurora can impact satellites orbiting the Earth. Heat in and around the aurora is an expanded thermosphere. The expanded gas can increase the drag on satellites shifting their orbits significantly.” The probe also will look at how auroras and geomagnetic storms affect power grid infrastructure around the world.

There are five NASA suborbital sounding rockets. The rockets will launch from Poker Flat Research Range near Fairbanks, Alaska. The ASSP probe is disposable according to Swenson. After approximately 10 minutes of collecting data it will splash down in the Arctic Ocean. 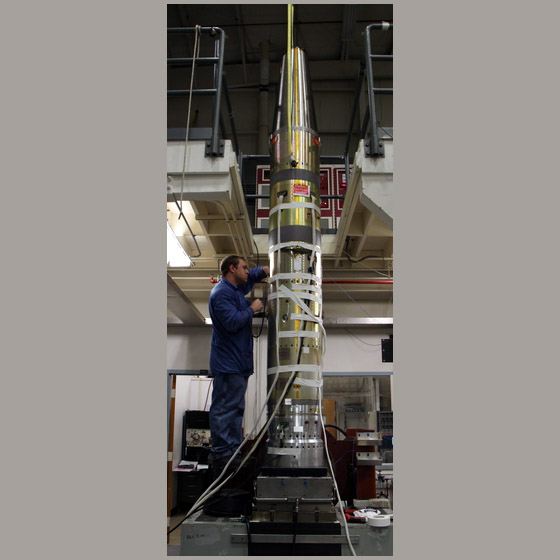 The Mesosphere-Lower Thermosphere Turbulence Experiment (MTeX) will be flying on NASA Terrier-Improved Malemute. A second test, the Mesospheric Inversion-layer Stratified Turbulence (MIST) will study atmospheric turbulence and how atmospheric properties are mixed vertically by deploying trimethyl aluminum (TMA) vapor trails seen as whitish clouds that can be photographed for study according to Miguel Larsen, MIST principal investigator from Clemson University, South Carolina. These tracers will be released between 50 and 87 miles up and according to the scientists do not pose a risk to health or the environment.

The phenomena of the Aurora Borealis is named after the Roman goddess of dawn, Aurora, and the Greek name for the north wind, Boreas. The aurora inspired myths among many Native American tribes. Once such story as quoted by Ernest W. Hawkes says: “There is a hole in it through which the spirits [of the dead] pass to the true heavens. The spirits who live there light torches to guide the feet of new arrivals.”

If you want to see the spirits dance, the displays are visible close to the planets’ magnetic poles (not to be confused with the geographic poles). In the US, the Upper Michigan Peninsula should provide a good view, as should the northern coast of Russia or Fairbanks, Alaska. For a current forecast across Alaska and Canada refer to the website of the Geophysical Institute at the University of Alaska Fairbanks.

The Northern Lights counterpart, aurora australis can be seen from Earth’s southern locations in Antarctica, South America, New Zealand and Australia. Additionally, auroras have been observed on most planets in our solar system from Venus to Neptune.