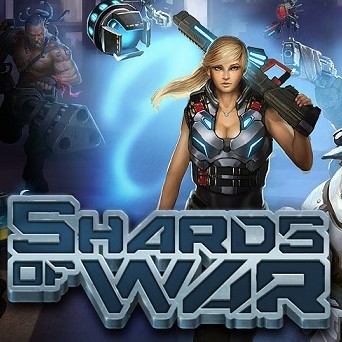 Shards of War is produced by Bigpoint, a online game developer team from Hamburg, Germay and is world’s first free to play sci-fi MOBA game. The combination of classic top down shooter style with WASD controls and usual MOBA elements make this an interesting game.

Patches, the fourteenth playable character, is a support Sentinel with an ability to shield and speed up his allies. His team oriented abilities make him operate at most efficiency while being stuck in a team battle.

Patches comes from a series of the Personal Amelioration and Logistics medical drones. While planned as a means to revolutionize warfare he was left on the assembly line with an error. A dent in his head modified his programming and left him with a unique intelligence that shifts from intended healing objective to doing the opposite and a fixation on corny jokes and puns. 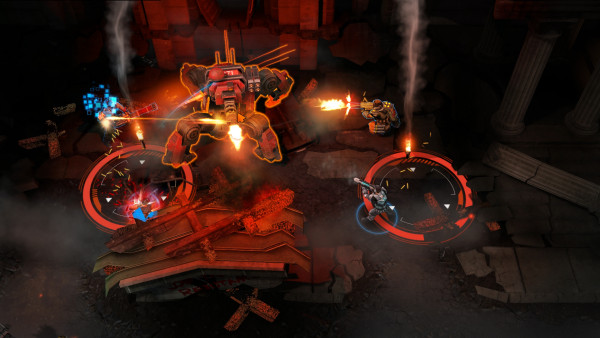 Sentinel Patches has several offensive and team support abilities. “M.A.H. Lazer” is a charged attack that can focus-fire enemies with stun effect. Double edged sword ability appropriately named “It’s a trap” generates a statis field that can temporarily trap troops and buy some breathing time but the catch-22 is that it traps both friend and foe. On the support side there is a dash “My People Need Me” that positions Patches to selected area and provides a movement buff to all nearby allied Sentinels. As a medical unit Patches can use his “Medic!” move to heal the most damaged nearby ally. The final skill Bubble can be a tide turner in close call battles as it projects a shield on a chosen ally.

As usual the goal of the game is to destroy enemy base by overpowering and defending three lanes. Five member teams compete against each other in 20 minute matches to achieve dominance on the game map. Headquarters is constantly spawning AI controlled npc units, drones that asist the players in their attacks but there are also neutral drones that can be overtaken in the center zone of the map.

At the moment the game offers 14 unique Sentinels, each with their own specalization and purpose like tank, operative, assassin or medic. Taking out enemy drones, destroying towers, completing missions and eliminating enemy players awards experience points that can be used to unlock ability boosting items and new items for the prebattle Loadout system. Leveling up player account allows greater character mastery and stronger items. For those wanting a MOBA game that drifts away from fantasy this might be worth checking out.