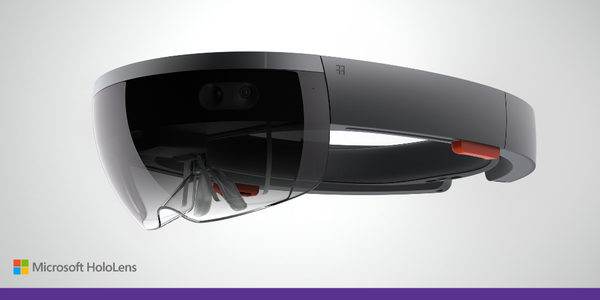 Project HoloLens is a headset that ultimately aims to merge projected holographic overlays with VR, with a host of practical applications.

Using the device, users can interact with projected 3D images that are “blended with your real world” and can “integrate with your physical places, spaces, and things”.

Essentially the goggle-laden headset can project semi-transparent holograms onto real-world objects, and users can create, shape and share their personalized images on a whim. This means that any environment could be a potential digital canvas for a wide variety of activities.

HoloLens opens up a veritable galaxy of possibilities, and the technology is rife with potential.

Gaming, for one, could be completely revolutionized with this technology. Imagine being able to project your favorite game via a portable screen on any surface–breaking gaming outside of the screen itself.

The new technology is powered by Windows 10, and Microsoft affirms that HoloLens is completely wireless with intuitive voice and gesture controls. Along with the holographic display, spatial sound will immerse users into their own creations for a genuine VR experience.

Project HoloLens’ images are entirely made up of specifically manipulated light particles rendered by the device’s “light engine”.

As Wired puts it in their hands-on preview, “light particles bounce around millions of times in the so-called ‘light-engine’, then the photons enter the goggles’ two lenses, where they ricochet between layers of blue, green and red glass before they reach the back of your eye.”

Exact details on Project HoloLens are scare at this point, and development on the technology is still in its early stages. VR in itself is still an early frontier, as the pioneering Oculus Rift headset is still being refined and tweaked, and it might be years before HoloLens is ready for consumer use.