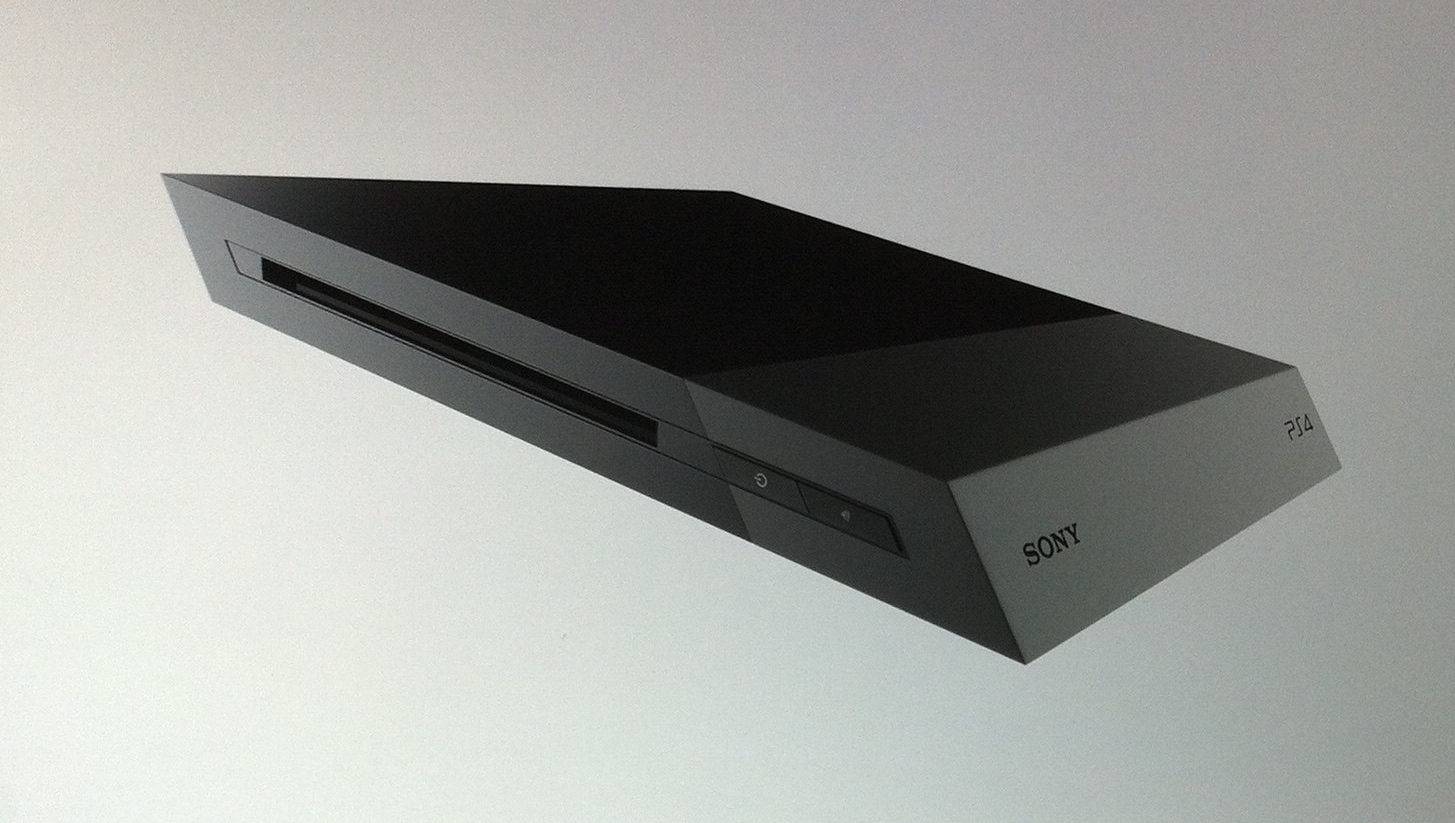 A "leaked" image for a Slim PS4 model was spotted on the net, but has since been proven as a fake.

Using the picture that compares the standard and slim PS4’s as a template, the user approximated that the Slim PS4’s width measures about 166mm (as compared to the 275mm width of the current PS4 model), with an ~88mm disc drive.

Considering all PS4 game Blu-ray discs measure 120mm, there appears to be an obvious disproportion between the Slim PS4’s disc drive and the game discs themselves.

It appears that images of Sony’s (NYSE: SNE) Slim PS4 model may have been leaked, leading to massive speculation and buzz within the gaming sphere.

Sony is no stranger to shrinking and changing up its consoles to make them more efficient–all three PlayStations have seen transformations throughout the decades, leading to “slim” redesigns across the board. 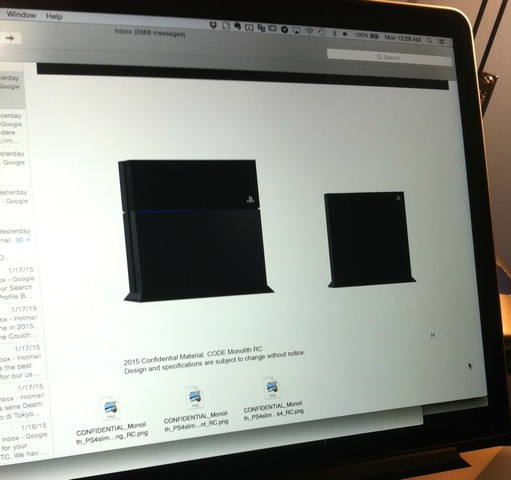 The purported Slim PS4 is much smaller than the current model, leading to possible complications like heat management, HDD memory and more.

According to the images the Slim PS4 is code named “Monolith”, and despite the being markedly smaller than the current rhomboid SKU model, it still retains the sleek angular design.

The pictures show off a side-mounted disc slot as well as new eject and power buttons, making the model look quite akin to a futuristic DVD player.

There is also strong evidence suggests that Sony is indeed working on a Slim PS4 variant.

In October of last year, reports revealed that AMD successfully shrunk the Xbox One’s APU to a more efficient 20nm size, which is the first step to a more compact Xbox One console. 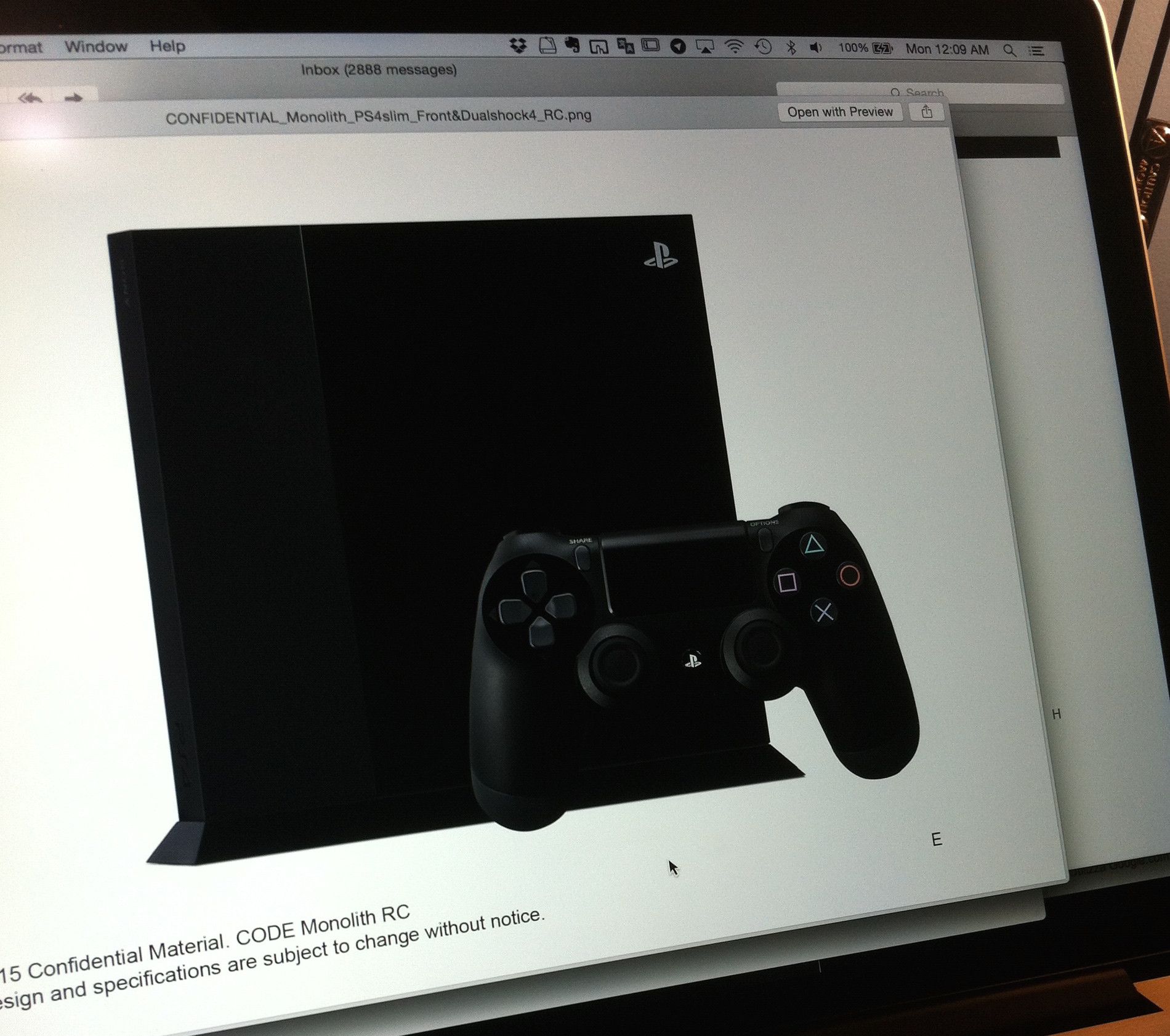 Project Monolith is shown here with a DualShock 4 controller for scale.

Shrinking the APU chip has some very real advantages. First, a smaller size means that the transistors can become more dense, thus improving speeds by up to 30%. Secondly a smaller APU means that power consumption will decrease as well, along with manufacturing costs.

And since AMD is directly responsible for the PlayStation 4’s customized APU, it’s only a matter of time before Sony’s next-gen system got the same slim treatment.

Even still there are some very real doubts concerning the authenticity of the leaks.

Due to the size limitations the Slim PS4 would need an external PSU, most likely facilitated in a power-brick structure similar to the last two Xbox models.

But what kind of HDD capacity would Sony target with the slim model?

Gamers are able to fill up the current 500GB models quite fast, seeing as some games take up to 50GB to install. Chances are the Slim PS4 would be shipped with a low-capacity SSD and would need to be complimented by external hard drives. 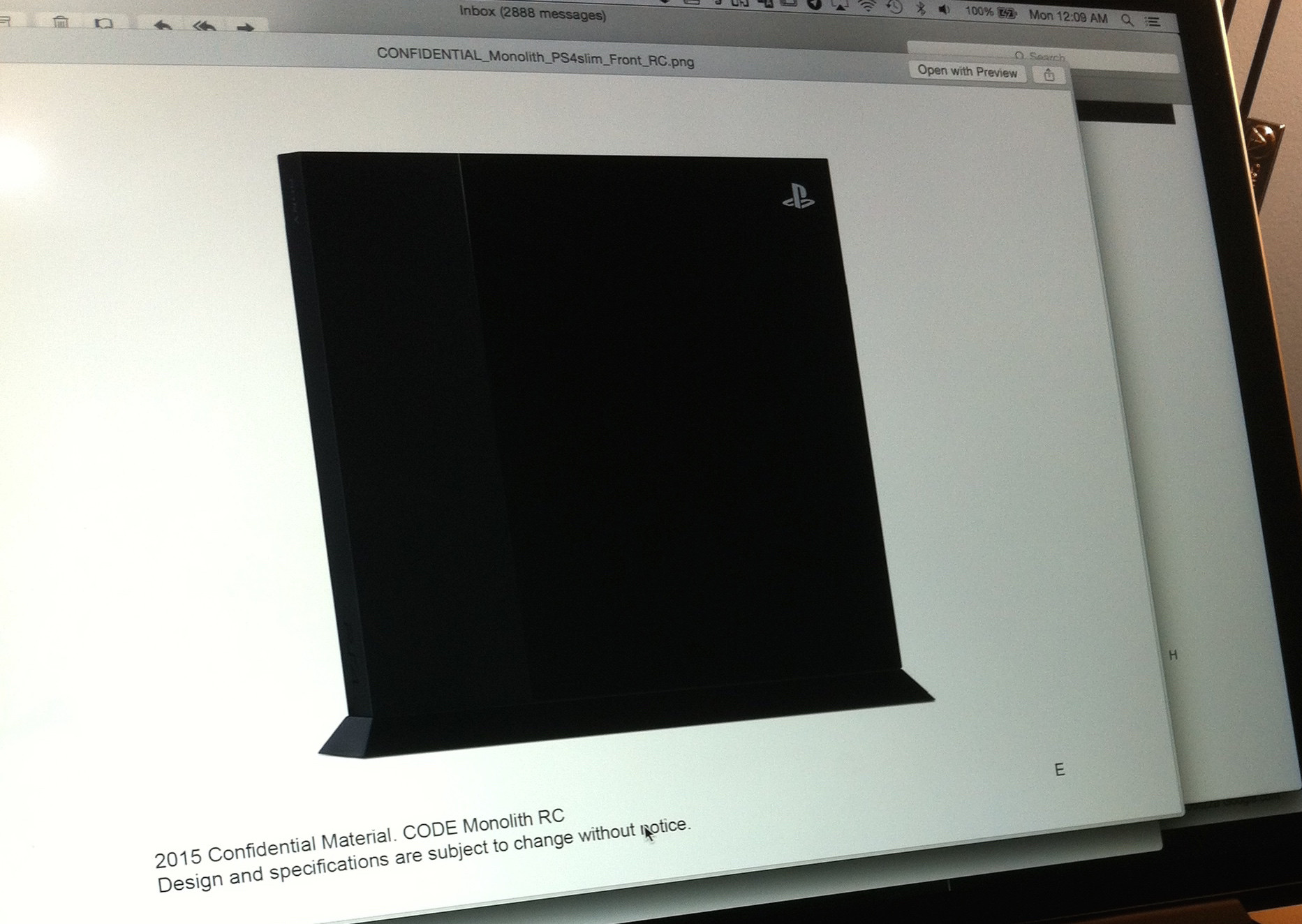 Thanks to AMD’s recent shrinking of the Xbox One’s APU, it’s highly likely that Sony is working on a Slim PS4. But is it Project Monolith?

And the Slim PS4 would need a way to regulate heat. A larger console shell affords a wider area for heat distribution, and obviously a more compact area would mean the system gets hotter faster. If you want to know just how hot the PS4 can get, check out these FLIR thermal images.

Even with the higher transistor density afforded by a smaller APU, the Slim PS4 may have a high risk of overheating. The Xbox One minimizes this risk with its massive casing and external power source.

As always we must take these “leaks” with a grain of salt and always remember nothing has been confirmed just yet. These images may very well be a big practical joke thanks to a quick Photoshop mock-up.

In any case, we may hear something from the Japanese console-maker at E3 2015 or maybe during this year’s Tokyo Game Show, but for now we have to chalk it up to rumor.