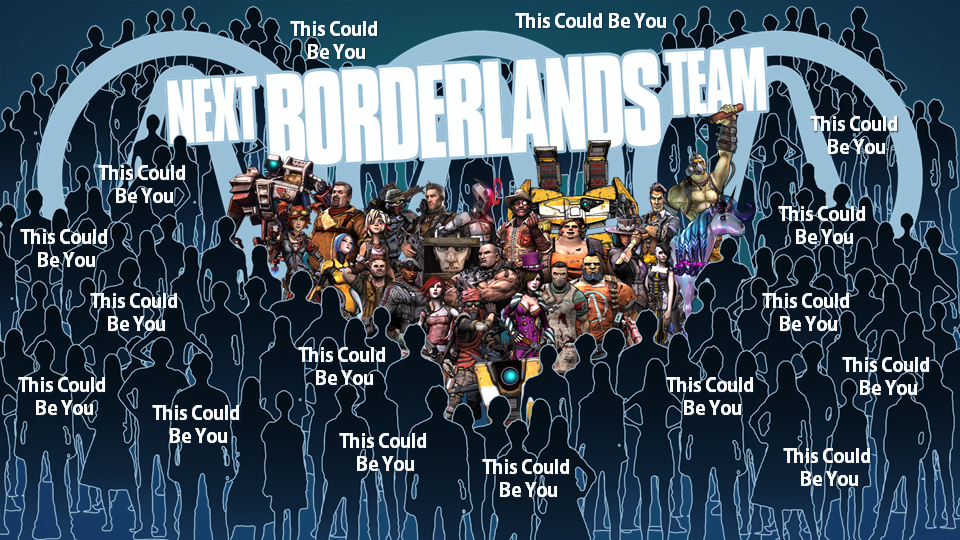 Gearbox Studios wants to make another entrant in the Borderlands series, and they want your help to do it (assuming, that is, you’re a professional in the video games industry).

“The fact is, we’re not working on a new Borderlands game. But we want to,” Gearbox CEO Randy Pitchford said at a special Borderlands-themed panel at PAX South.

The studio exec also issued the news on Twitter, where he called for all interested “industry badasses” to get in touch to help out with the new game. 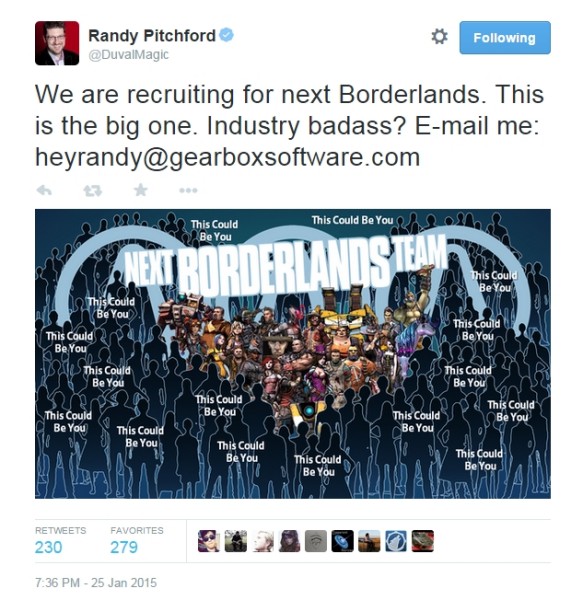 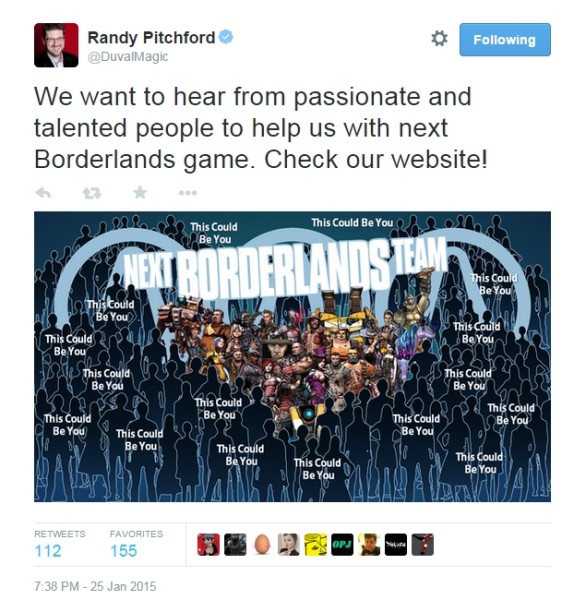 “This is the big one,” Pitchford said, possibly hinting at a full-on Borderlands 3 sequel with all the bells and whistles befit a next-gen game.

There’s no concrete details or confirmation at this point, and it may be months before Gearbox is ready to actually start development. Since the studio is expanding, that means its new “hero shooter” IP Battleborn won’t be put on the back burner in favor of Borderlands 3 (or whatever the possible game will be called). 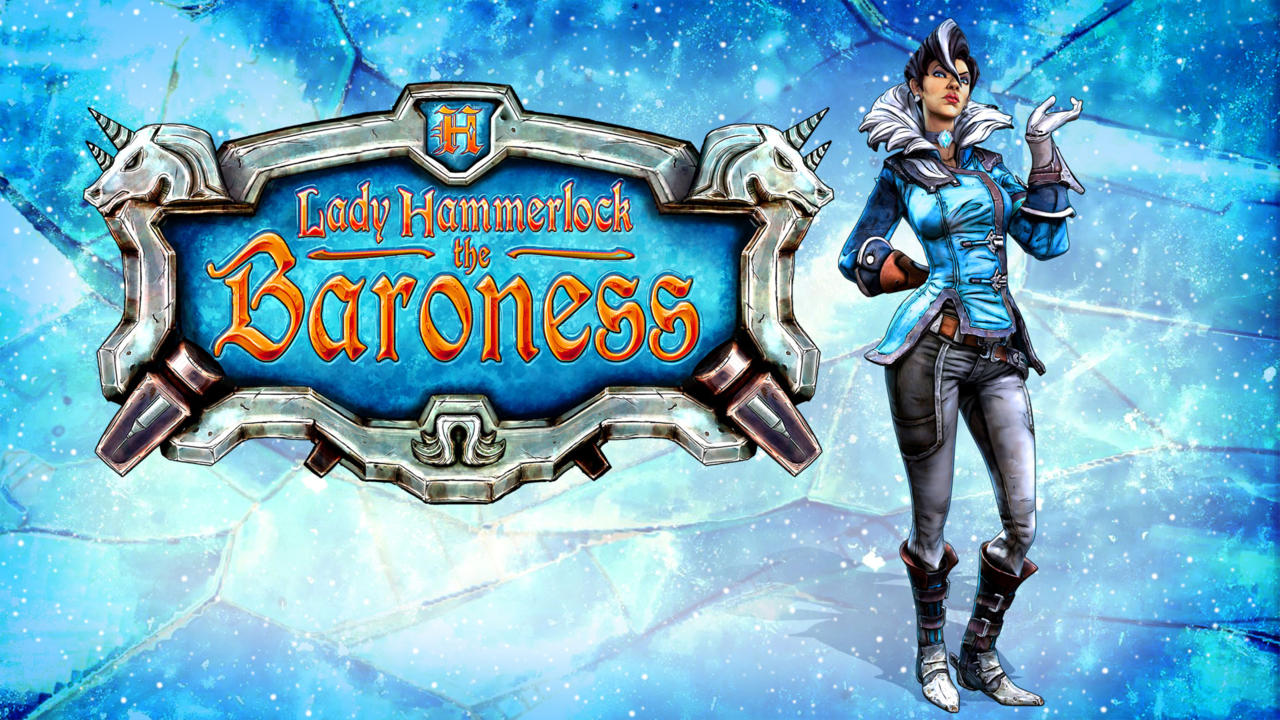 Lady Hammerlock stars in the new DLC for Borderlands: the Pre-Sequel, bringing a slew of sniper-oriented skills and abilities.

In other Pandoran news, the PAX South panel also revealed a new DLC pack for Borderlands: The Pre-Sequel that takes players into the chips and servos that serve as the mind of Claptrap. That certainly sounds very much like something Gearbox would do.

The new DLC pack also adds the ice-commanding Aurelia, aka Lady Hammerlock, as  a new playable character. The frosty baroness comes with a host of cold-based abilities and skills, and is actually the best sniper in the entire series.

The Lady Hammerlock DLC will be available on January 27 for $9.99, and will be free for season pass holders. 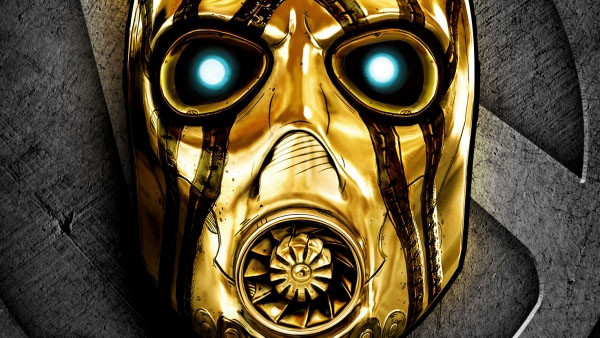 The new Borderlands Handsome Collection packs in the last two games along with a ton of DLC add-ons for release on PS4 and Xbox One.

Also don’t forget that both Borderlands 2 and Borderlands: The Pre-Sequel are heading to Xbox One and PlayStation 4 as part of the new Borderlands: Handsome Collection.

The new bundle will feature four-player split-screen co-op across both games for those awesome couch co-op sessions in Pandora. It also comes with a huge smattering of DLC packs and add-ons for the “definitive” Borderlands console experience. Sadly the first game isn’t included.

The collection is slated to release on March 24, 2015 across PlayStation 4 and Xbox One for the standard console games fee of $59.99.