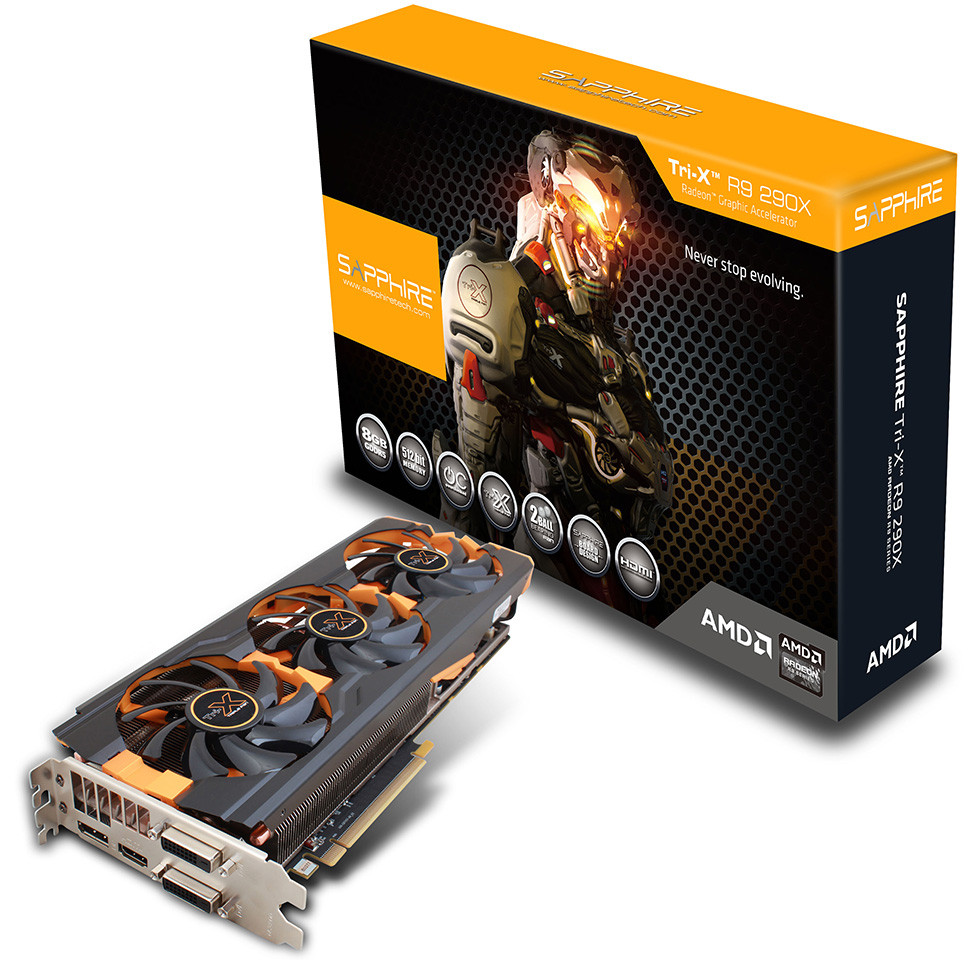 Video card vendor Sapphire is launching another R9 290X version with 8GB RAM, but this time around, the card features the Tri-X cooling system as well as higher clocks and dual-BIOS.

Boasting AMD’s (NASDAQ:AMD) GCN architecture, the R9 290X has 2816 stream processing units with a base clock of 1070 MHz and boost clocks of 1375 MHz. The 8GB GDDR5 memory has a 512-bit wide interface. As is often the case with overclocked versions, the R9 290X Tri-X edition features a custom PCB layout.

The card comes with two 8-pin power connectors, and has a power consumption of 375W when running full-tilt. The design of the fans is targeted at maximizing heat dissipation, which is handled via a main 10 mm heatpipe that is fed by four ancillary heatpipes. The fans are fitted with bearings that protect against dust, and come with aerofoil section blades that “deliver highly efficient airflow at low noise levels.” The cowling itself is designed to route airflow efficiently.

As is the norm for high-end cards, the focus with the R9 290X Tri-X edition is to drive monitors with resolutions of 4K and above as well as multi-monitor configurations, like AMD Eyefinity. The card also features AMD’s TrueAudio technology, which is aimed at delivering a more immersive sound during gaming.

Pricing was’t mentioned, but the R9 290X Tri-X will be available shortly from retailers.