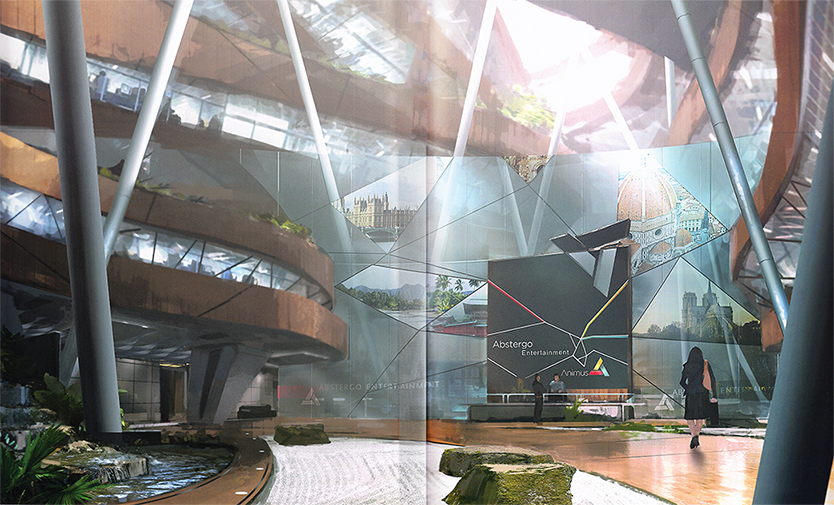 Assassin’s Creed games are well-known for their penchant for weaving unique takes on authentic historical events across the world, but they’re also known for their layered and enigmatic puzzles.

It appears one of those very puzzles has been decrypted thanks to a sharp-eyed fan named who noticed something peculiar in a piece of art, and shared his findings on the Ubisoft Forums.

But when Cronik-22 took a closer look, he realized that the picture actually depicted fragments of iconic landmarks from past Assassin’s Creed games…and possibly future ones as well.

It appears Ubisoft had hidden these clues in plain sight, as far back as 2013.

The Santa Maria del Fiore Cathedral is clearly seen above, hearkening back to Ezio’s exploits in Assassin’s Creed II.

Above is a fragment from the painting that shows off a tropical island in the Caribbean, obviously hinting at Black Flag.

Here we have the infamous Notre Dame Cathedral in Paris, hinting at Assassin’s Creed: Unity, and Cronik-22 also mentions that the clues were there way before the Kotaku leak.

And finally we have Parliament and Big Ben which ties in to this year’s Assassin’s Creed game that is set in Victorian London.

But what’s next? A final fragment reveals that Ubisoft might be bringing Assassin’s Creed to the Land of the Rising Sun for 2016.

The small clue might hint at the Sensoji Temple, Tokyo’s oldest temple that has ancient roots. Considering gamers have been asking for a Japan-based entry in the series for quite some time, it’s not too surprising.

And the prospect of stalking through the night as a deadly ninja-assassin in Feudal Japan?

While Ubisoft hasn’t confirmed any of the speculation, Ubisoft creative director Alex Hutchinson said last year that a game set in Feudal Japan would feel “too familiar”, and “boring”

“Feudal Japan would work as an Assassin’s game, for sure, but I feel like it would start to look like ‘oh, have I played this?’ You know what I mean – ‘oh, I’ve been a ninja before, I’ve been a samurai before'”.

It’s also worth mentioning that the franchise will make a brief journey to the Orient in Assassin’s Creed Chronicles: China, which will be free for all holders of the AC: Unity Season Pass.

Keep in mind that these findings are total speculation, but they do have some pretty clear indications that give credence to the possibility of a Japan-themed AC game.

It’ll be interesting to see if Ubisoft has anything to say about the rumors (if anything), and it’s also worth  mentioning that the official Assassin’s Creed movie has been slated for a release in 2016 as well.

Be sure to take a closer look at those artbooks: who knows what you’ll find!