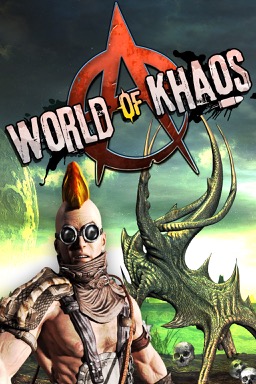 World of Khaos will be available in February 2015 on iOS and Mac App Store. Android and Windows Phone versions are expected to follow later.

On September 29, 2028 an unexpected asteroid with high iridium content hit the Earth with catastrophic consequences.  With extreme amount of dust, moisture and radiation it destroyed the civilization, as we know it. The survivors concentrated around the remaining water resources and formed heavily guarded districts. Local wars between districts were common. Soon after the impact, iridium became the world currency. 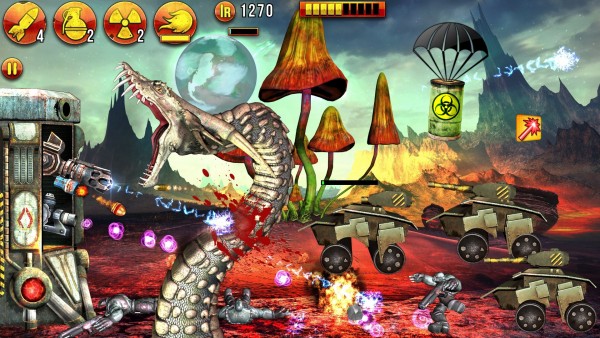 The location of the asteroid impact was the area with the highest iridium content. District 1, the closest to the impact soon started to exploit the good properties of this rare metal to create the most advanced army of robots, mutants and cyborgs. War was always about resources and control. This time is no different. With superior technology, plenty of iridium and a fanatic leader obsessed with domination, District 1 quickly crushed the districts that didn’t obey to the new world order.

District 13 is the only remaining place on Earth where the people are still free. They founded the Resistance, the sole fighting force for freedom and the mankind’s last hope, led by a man called Punk. The brutal army of war machines is at the doorstep of District 13. As it turns out soon, a much greater challenge is awaiting them here. Let the battle begin… 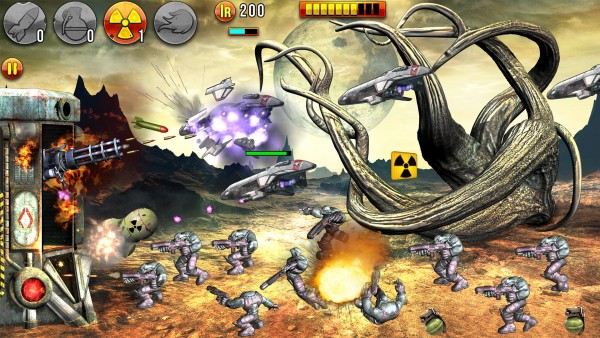 In World of Khaos player leads the Resistance in a post-apocalyptic world and  controls the last bastion of defense against the fanatical horde of robots, mutants and cyborgs. To defeat the ongoing onslaught of insane war machines he has access to a powerful arsenal of weapons and upgrades that guarantee endless chaos and mayhem. With numerous achievements, power-ups, upgrades and two dozens of different enemies from robots to mutants, cyborgs and big bosses Rapid Turtle Games plans to bring the tower defense game to the next level.

Check out some Gameplay footage here: