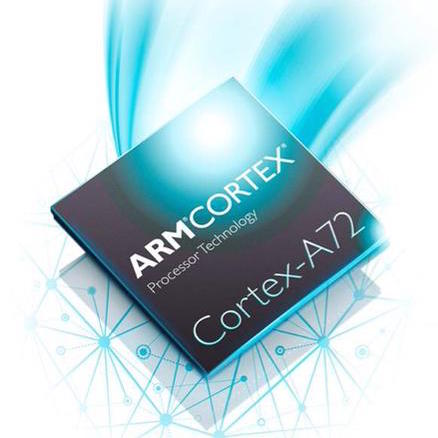 After launching the 64-bit Cortex A53 and Cortex A57 last year, ARM (NASDAQ:ARMH) is announcing a new processor that is says will be tailored for mobile devices in 2016. Dubbed Cortex A72, the processor is based on the ARMv8-A architecture, and is designed to be 75% more energy efficient than the current 64-bit offerings while offering more than double the performance.

The Cortex A72 is built on a 16nm FinFET process, and can be clocked to as much as 2.5 GHz. ARM claims that the processor can deliver over three and a half times the performance of the Cortex A15, which was considered to be the benchmark for mobile SoCs just over a year ago. The Cortex A72 features a new CoreLink CCI-500 interconnect that doubles the peak memory system bandwidth and 30% increase in processor memory performance from the last-generation CCI-400 that was used in the Cortex A57.

As is the case with previous generations, the COrtex A72 can be used along with other processors in a big.LITTLE arrangement, with ARM recommending the usage of the Cortex A72 with the Cortex A53.

ARM has also announced its next-generation GPU architecture, the Mali 8XX. The Mali-T880 GPU will deliver 1.8X the performance of the Mali-T760, and a reduction in energy consumption by 40%. ARM’s focus with the Mali-T880 is to provide console-like gaming on mobile devices. 4K content playback also receives a boost, with the new Mali-V550 video processor able to handle 4K at 120fps. The video processor also features HEVC decode and encode.

ARM has mentioned that several vendors, including HiSilicon, MediaTek (TPE:2454) and Rockchip, have licensed the processor, with customer-ready versions rolling out sometime next year.