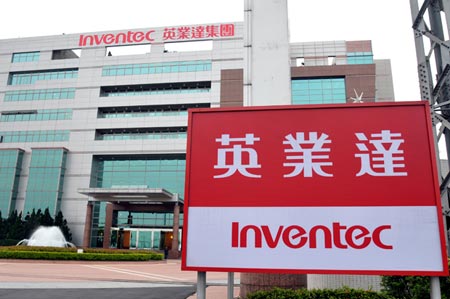 Inventec Corp (TPE: 2356), a mobile device maker and the major supplier for China’s Xiaomi, said that it will begin mass production at a new factory in India during the second half of 2015 as part of its overseas expansion.

Huang Kuo-chun (黃國鈞), Inventec’s general manager, said that the company’s new plant is located in Chennai, a southern city of India. The plan has been approved by the company’s board of directors on Jan. 26. Initial production is expected to start in the late second quarter or early third quarter before entering mass production in the second half of the year, Huang said.

Huang said that the new plant in India, where is the world’s third-biggest smartphone market, will be used to assemble smartphones as well as other electronic devices, while components will be purchased from local Indian suppliers.

“In addition to China, India will mark our first step toward expanding capacity,” Huang said.

In the meantime, Huang also said that it remains unclear how much the Indian factory will account for Inventec’s total capacity in the next two years.

“Inventec’s major customers are ‘optimistic’ about its investment in the Indian plant but noted that there are still some challenges for the company to enter the Indian market, including the diverse Indian languages and cultural differences,” Huang said.

For now, he said, Inventec has a smartphone assembly factory in Nanjing, China, where monthly production capacity has increased from six million units last year to eight million units currently and is estimated to reach 10 million by the end of this year.

During a press conference last month, Inventec Chairman Richard Lee (李詩欽) said that the company’s shipments of mobile devices were estimated to increase from 30 million units in 2014 to 50 million in 2015, helped largely by the increasing orders from major customers like Xiaomi and growth in tablet computers.