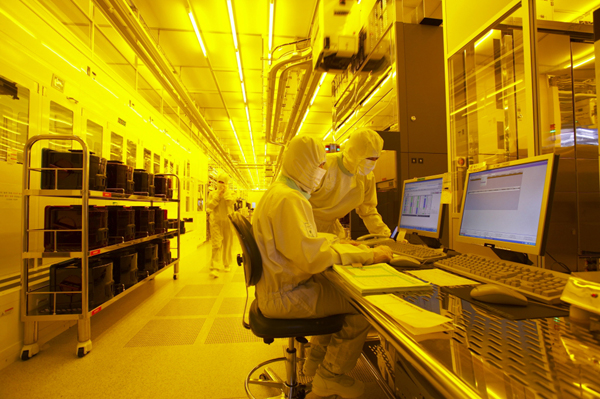 Rivals in the technology industry — even those locked in legal battle — have a history of working together, and according to one report from Korea Samsung (KRX:005930) and Nvidia (NASDAQ: NVDA) will be cooperating to manufacture Nvidia’s new GPUs on Samsung’s 14nm process.

The reports come via a claim by analyst Park Yu-ak of Meritz Securities who says that Samsung’s semiconductor business will be mass supplying chips for the likes of Apple (NASDAQ: APPL), Qualcomm (NASDAQ: QCOM), and Nvidia beginning in the second quarter of this year. It’s unclear exactly the extent of Samsung’s cooperation with Apple and Qualcomm. Taiwan’s TSMC (TPE: 2330) is said to be working with Apple on production of its next-generation chips, but the extent of their cooperation is unclear at this time.

The reports of this partnership seem deeply ironic as Nvidia and Samsung are locked in a legal battle over the very thing the two might be working together to produce. In November, Nvidia sued Samsung and Qualcomm over allegations of patent infringement relating to its GPU technology. In turn, Samsung countersued and pushed the US International Trade Commission to block the sale of Nvidia’s desktop GPU products in the US.

A desktop GPU produced on the 14nm process is unlikely, so the likely product is the Tegra X1. Tegra doesn’t have a great track record of consistent hardware wins, to the volume to which Samsung would be producing is anyone’s guess.