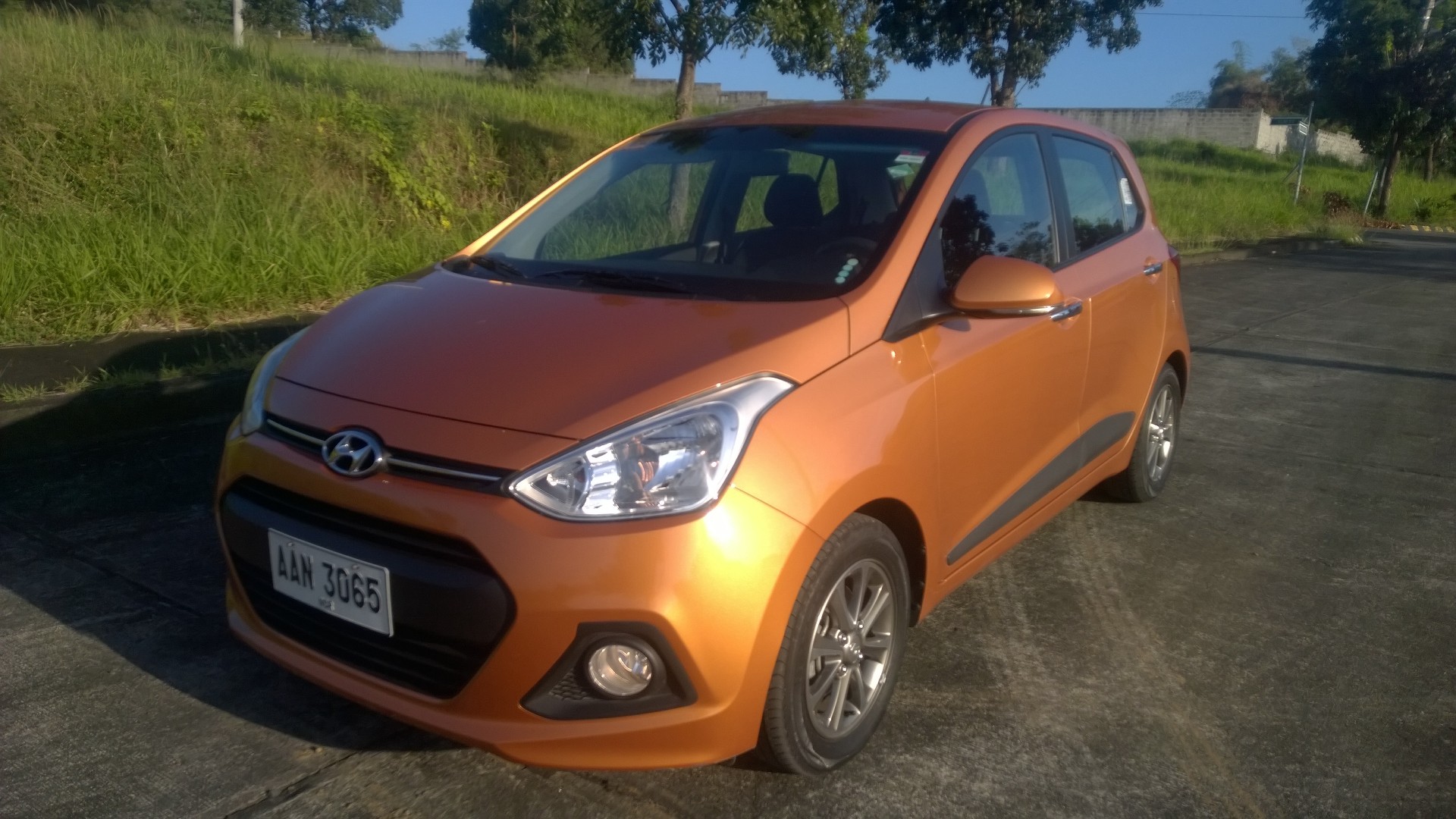 City traffic has become so bad these days that it has become impractical to drive a big SUV with boat-like handling characteristics. It’s much easier to zip around town in a subcompact or small hatchback, after all. The fact that fuel prices falling to record lows due to the drop in oil prices is just icing on the cake, especially if your daily commute to work involves inching through parking lot-like traffic jams.

For Hyundai, its small cars are the top sellers in Asian markets like India and the Philippines, where the Korean company’s Eon and i10 lines are common sights on the street. Even as the more formidable Starex, Sta. Fe, Tucson, Elantra and Accent are also popular, nothing beats a low price tag, especially in emerging markets.

But even then, small does not necessarily mean cheap. Our review model for this automotive feature is the 2015 Hyundai Grand i10, a subcompact hatchback directly competing with the Suzuki/Maruti Swift, and recent market entrants, the new Mitsubishi Mirage and Toyota Wigo. Price-wise, however, the Grand i10 is a bit on the steep side, which means the choice might come between this subcompact hatch or a bigger — although lower trim — subcompact sedan. Even Hyundai’s own Accent has a lower starting price than the top-spec Grand i10.

Hyundai often attaches the “Grand” moniker to significantly-upgraded models, and for the i10, this marks the car’s second generation, first launched in late 2013. The Grand i10 is 100 mm longer than its predecessor, and the top-spec variant also offers features and amenities that one might find more at home on more expensive and larger vehicles, such as safety and electronics packages. 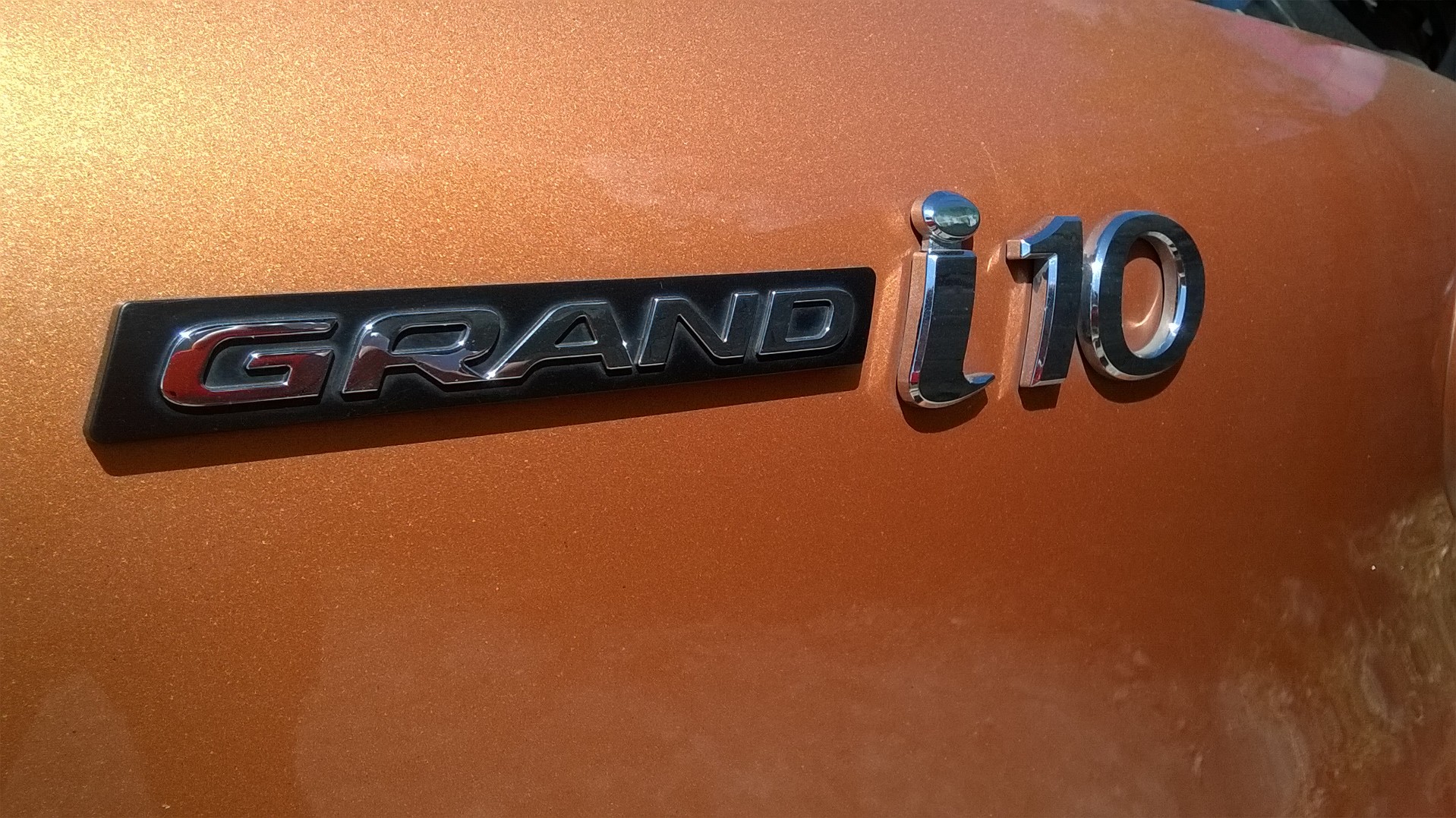 Note that Hyundai actually had to reprice the Grand i10, perhaps to better compete against the 3-cylinder Toyota Wigo and Mitsubishi Mirage, which have taken over Manila streets of late.

The Hyundai Grand i10 has more than the usual small-car amenities that you would wonder why these don’t already come standard even on bigger cars. The touchscreen LCD makes navigating the entertainment system a breeze. Shift to Reverse and you get a rear-view camera. You even get push-to-start ignition.

Inside the cabin, space is what you would expect from a subcompact hatch — it will surely feel a bit claustrophobic if you’re more used to bigger sedans or SUVs. However, the ride is comfortable enough, with adequate NVH insulation and a supple suspension. Comparing the Grand i10 with the Honda Jazz, which we reviewed a few months back, I can say that the Grand i10 is surprisingly more comfortable. 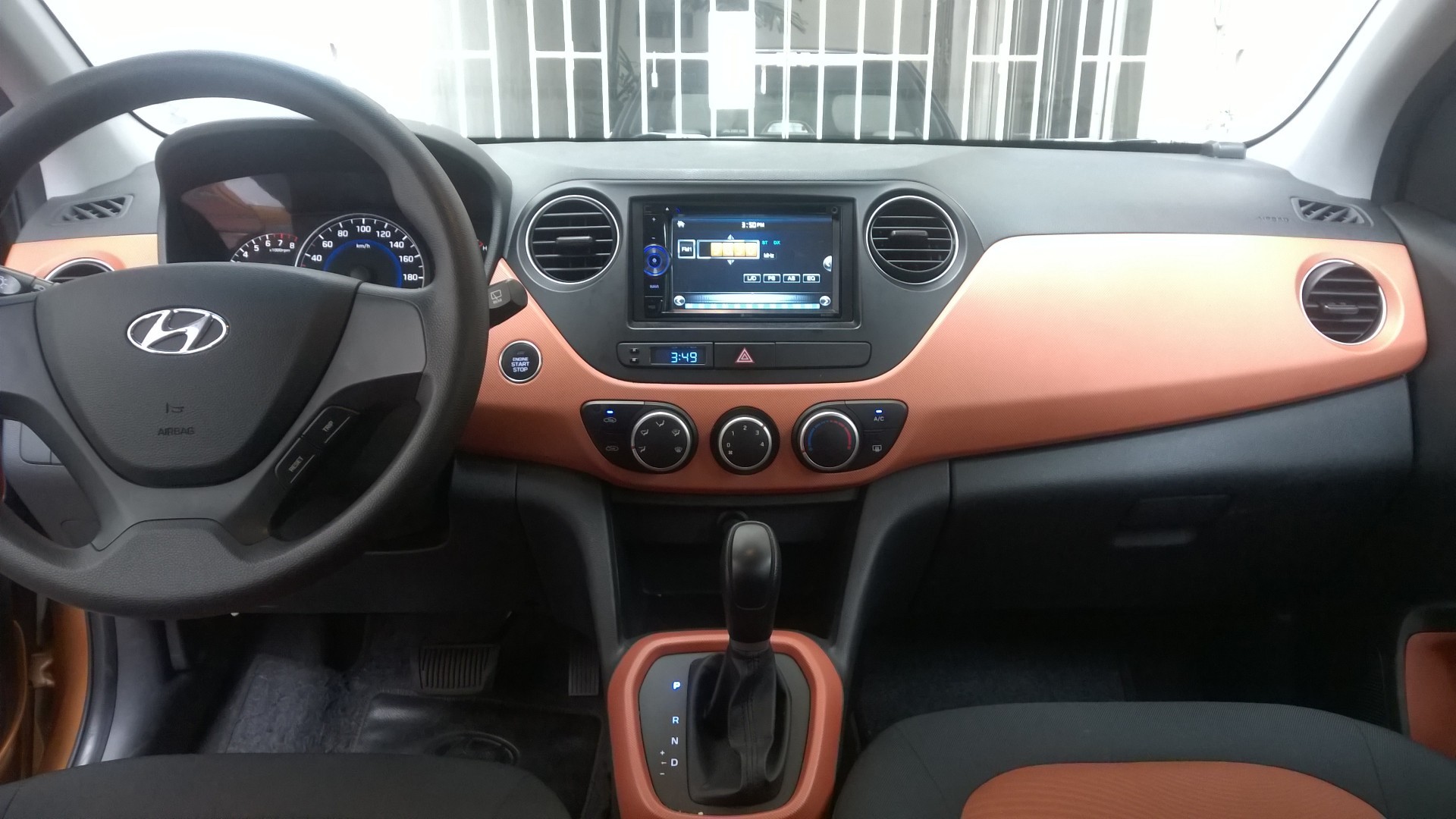 I’m not too fond of the resistive nature of the 7-inch touchscreen, however, as it is sometimes inaccurate and would require repeated presses to register a touch. With the popularity of capacitive displays even on cheap tablets today, I wonder why Hyundai has to settle with a resistive screen. The lack of audio controls on the steering wheel can also be concerning, especially since Hyundai has already put in this level of kit on the Grand i10.

Unlike the Honda Jazz, the Grand i10’s seating design is more conventional, with the fuel tank situated right below the rear passenger bench. The rear backrest folds in full (no split), but it doesn’t fold flat. This can be quite limiting in terms of carrying big cargo like boxes or furniture. Legroom is comparable to most subcompact sedans — it’s evident that Hyundai put in the extra length into extending the rear passenger space.

Audio quality is acceptable, and you can plug in your phone or USB thumbdrive for MP3 playback. The car’s head unit also supports Bluetooth audio, enabling music playback from your smartphone and handsfree communication while driving.

The Grand i10 also comes standard with a navigation system. While apps like Waze and Google Maps are already formidable alternatives to a car-bound GPS navigation system, it’s good to know that Hyundai has incorporated a feature once reserved for more premium models (even the Nissan Altima that VR World reviewed in November did not have this feature).