This skill-based sandbox game set in Imperial China is know for its freedom of choice gameplay and a deep, competitive, strategic open PvP system. Many things can be customized from a selection of 400 skills, Sect, guild and profession to the moral aligment. Age of Wulin is massively popular in China having won over 70 game industry awards.

The third expansion for Age of Wulin introduces new playable factions, weather system, dynamic events and more. One major feature in Chapter 4: Betrayal & Forgiveness is the opportunity to betray ones allies and join a new Faction, Sect or to become a Vagrant.

Once the player abandons his Sect he will have the option to join one of the six playable Factions, one of the remaining Great Sects or go follow his own path as a vagabond, free of rules and teachings of others. There will be several ways to abandon player’s current faction, each with its negative and positive sides. Betrayal is the quick and easy way but inflicts a punishment on the player. Training Down the Mountain allows the player to ask for permission to leave but he has to fight off a heavy attack before he can join one of the six new Factions. Final one, Leaving in Disguise, offers the least amount of punishment for the player but before he can earn his freedom he will need to perform a difficult task.

At the moment three of the six Secret Factions have been revealed: the Rootless Clan, the Shifting Flower Palace and the Peach Blossom Island. Fulfilling the requirement needed to join the Faction will award the player with its story, access to interesting characters and a selection of unique skills and abilities. 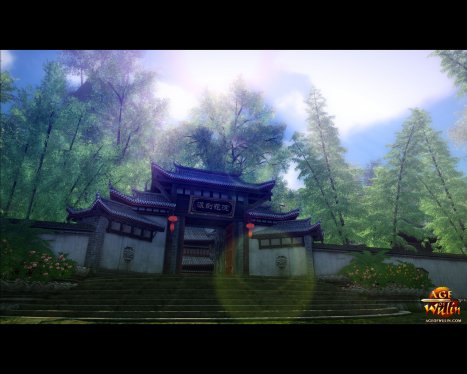 The Rootless Clan is a cabal of reviled and feared Eunuchs. Working as the tax collectors of the Empire these wretches use Sword as a weapon of choice and specialize in life-leeching abilities.

The Shifting Flower Palace is a ladies only club, specialized in fine arts and shoving their beauty in the face of those that will never have them. These man-hating warrior maidens use Ring as a weapon and focus on dominating and controlling their enemies while gracefully dodging any attacks.

The Peach Blossom Island is a retreat for martial arts experts looking for peace and isolation from the influences of the outside worlds. These warriors are enjoying their vacation in peace until they are called to battle or an outsider decides to visit them. Unannounced visitors get killed.

Members of this Faction combine Flute and Sword in their fighting style, using music for both offensive or defensive purposes.

More information on this expansion can be found on the game’s official website while a drama video focusing on each of the new Factions will be released on the official Age of Wulin YouTube each week in February.