Beyond Flesh and Blood, a an intense tribute to the third person shooter genre has reached its 0.04 demo version, with this new version of the game showing off features that are quickly maturing.

Approved and greenlit by a thousand members of the Steam community while it was still in concept phase, this game has gathered enough attention to start development in just 13 days.

Pixelbomb Games, created in 2011 as an independent team consisting of entertainment industry developers has a goal of recreating their home, Manchester as a battlefield for players in their debut title Beyond Flesh and Blood. Their mission is to bring life to this iconic city but for the story purposes twist it a bit in a dystopian, overgrown and artful style. 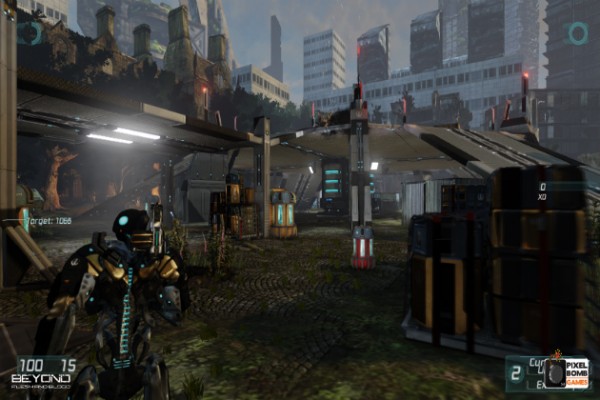 The story of Beyond Flesh and Blood tosses the players through multiple levels swarming with scavengers and mutants as they desperately fight to reclaim the Earth surface. For this mission in the post–apocalyptic United Kingdom city of Manchester they are equipped with highly advanced combat rigs and pushed into combat with dangerous enemies and mech weapon systems. 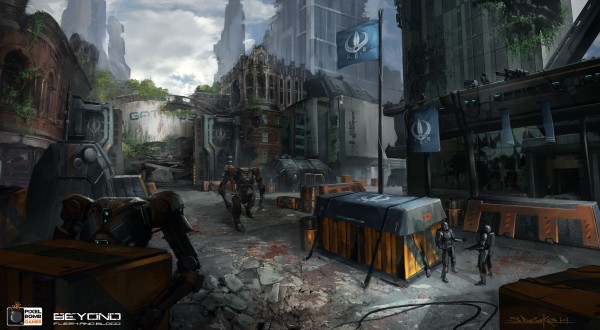 Beyond Flesh and Blood demo version 0.04 has some improved features compared to the Christmas demo like proper pc control mapping and greater focus on storyline and characters that play major roles in it.

Full version of Beyond Flesh and Blood for PC, Xbox One, PS4 and Linux is expected to arrive on these platforms at the end of the year.