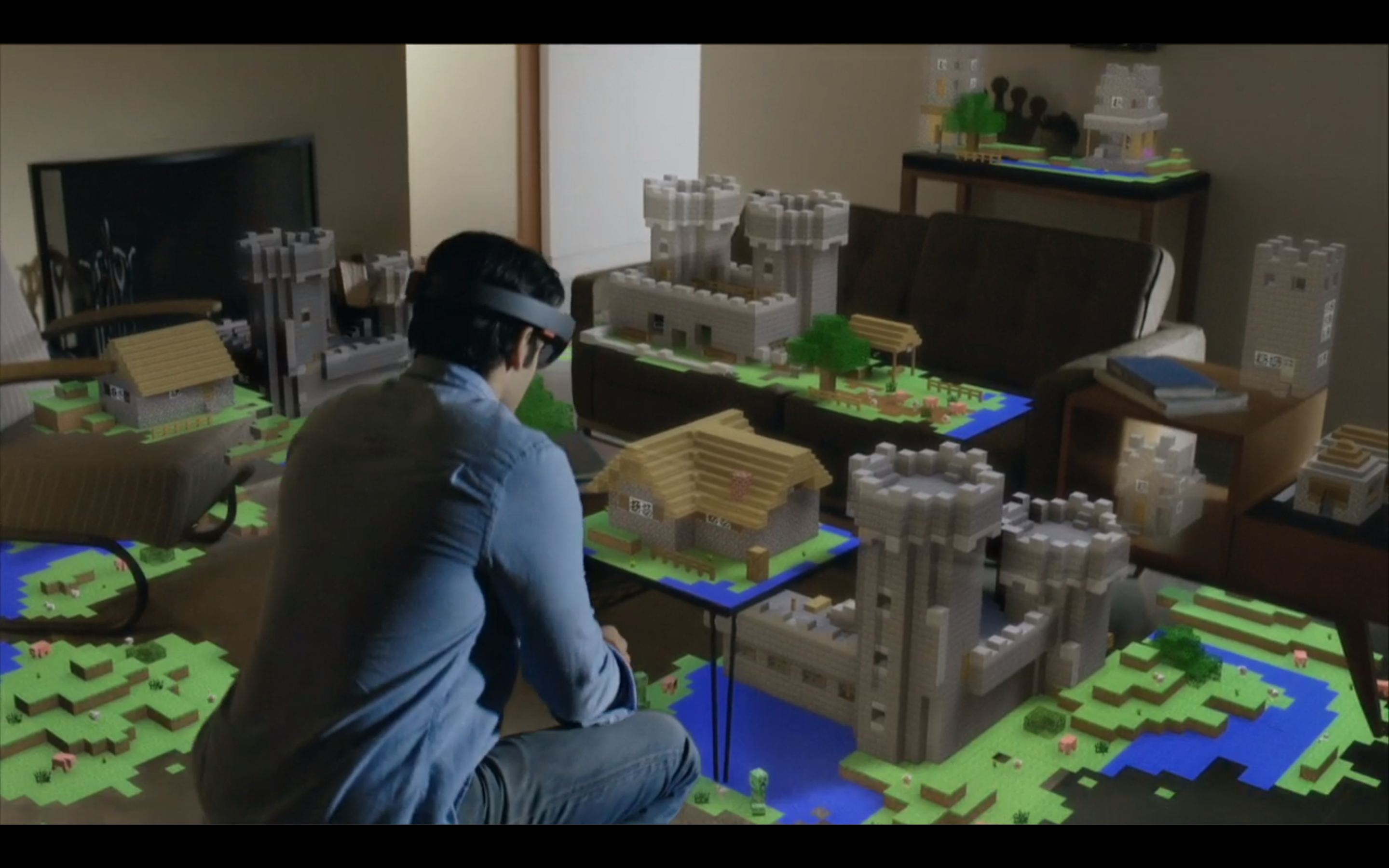 Since it has been confirmed that the Windows Holographic platform will come baked into every copy of the Windows 10 operating system, Microsoft obviously anticipates the possibility of a future filled with “holographic” computing devices.

So is Microsoft (NASDAQ: MSFT) correct to expect this trend, and – more importantly – should we be happy if it is?

HoloLens joins the recent crew of wearable interfaces, which includes Google’s (NASDAQ: GOOG) Glass and Sony’s not-so-smart-glasses. Some people want to include Oculus Rift in this list, but the Rift is neither augmented reality, nor a computer interface – it is a glamorous virtual reality gaming console, that also happens to be really cool, but doesn’t attempt to function as an interface for everyday computing.

Augmented reality devices represent the logical step in a trend that began with the unveiling of the original iPhone in 2007.  Much has been made of the way Apple’s iPhone – and later the iPad – influenced the computing world by creating a vast market for portable smart devices. But equally relevant is an extraordinary paradigm shift caused by these devices with the perfection of one simple element: the touch screen.

Since Douglas Engelbart’s “mother of all demos” in 1968, computer interfaces have been dominated by the ingenious mouse-keyboard combo. For a generation of people who lived before computers, the mouse and keyboard represented the perfect interface: a simple and intuitive way to input commands to a computer using direct mechanical motion and tactile feedback. Typing at a computer wasn’t much different from using a typewriter, and using a mouse must have felt a lot like pulling a lever or turning a steering-wheel to get where one wanted to go.

Most importantly, this interface maintained a clear distinction between the user and the machine: there could not be a less ambiguous boundary than the four corners of a computer monitor, and the pronounced grid of a 1980s keyboard. This distinction was a comfortable one for those accustomed to reading text from the pages of a book, or the folds of a newspaper.

But it also turned out to be an unnecessary one, because computers are not books. The touchscreen was not merely a cool gimmick, but a fundamental change in the way people interacted with their devices. Gone was the distance, or the need for mechanical proxies. Users could now directly manipulate the digital environment by touching it, and interacting with it in a way so intimate that it could arguably be called “magical”.

Since a capacitive touchscreen was included in Apple’s original iPhone, touchscreens have appeared everywhere: tablets, laptops, desktop monitors, televisions, cars, and even refrigerators. It’s a well established fact that a small niche for touchscreens existed before 2007, as exemplified by Microsoft’s Palm PC. But besides being inaccurate and cumbersome, these screens focused on the use of a stylus, and so continued to emphasize the mechanical boundary between machine and user.

Google went a step beyond the touchscreen with Glass, by changing the very screen from a physical one to one existing virtually in a user’s line of sight. But this was more of a gimmick than anything significant. Glass still functioned almost exactly like a mobile device. The glass interface was just a screen – a screen constantly floating in front of one’s face, but a screen nevertheless.

HoloLens represents an even more dramatic reduction in the distance between user and interface. By virtually transforming the physical world into a tangible representation of programs and controls, HoloLens is more invasive than glass, which at least preserves the distinction between what is virtual and what is real.

The effect – theoretically, at least – is awesome. What could be cooler than literally stepping into a Martian biome, or the bounds of a video game environment, or to pick up a virtual model and turn it around, all within one’s office?

The question of whether these theoretical features will actually function as intended can be ignored in lieu of the more dramatic question, which is: should this distance be breached in the first place? Digital environments are not realer than the ones in books or other fantasies, which we comfortably consign to the boundaries of our imagination, or pages, or stage, or screen – the boundaries of something.

But should we willingly lie to our senses until they are confused what is actual, and what is virtual? HoloLens is the first time this has actually been attempted, so there are no past failures to learn from, or debates to draw on. This is a question that must be worked out by the consumer, whose answer will ultimately determine the fate of augmented reality, and Microsoft’s HoloLens.