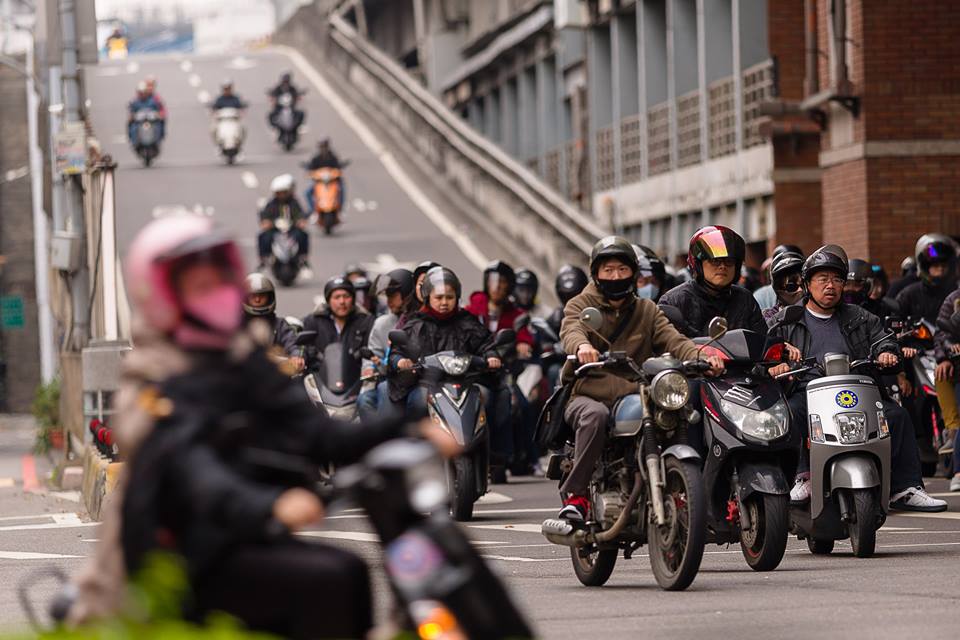 In the last few years the Asia-Pacific area has revealed itself to be fertile ground for two-wheeled electric vehicles, with almost 45 million units sold by 2012 and and an expected 50% increase by 2018.

Unlike in the two other world’s biggest markets of Western Europe and North America, where electric vehicles are most seen as an expensive way of life, in Asia electric powered vehicles are seen as a practical and cheap alternative for daily commuting. China alone became has been the world frontrunner since 1995 becoming the largest electric two-wheeler manufacturer and exporter, accounting for 92 % of the global market with four times more e-bikes than cars.

“Chinese people love bicycles and now they’ve become electric‏,” Shenta Tsai, Chief Technology Officer for Mobipus Technology, an electric powertrain company, said to VR World. “A few customers of mine in China, they produce from 1 to 4 million electric scooter per year   99% of electric scooter’s motor are made in China, about 95% of their controllers and ‏ 98% of the frames and plastic are also from there.”

However in neighboring Taiwan, a country with the highest scooter density in the world, adherence to the transition to electric transportation has been far from hasty. Though it has almost 15 million scooters for 23 million inhabitants, only 122,500 scooters are electric.

If there is a good place to check the feasibility of electric scooters that place is Taiwan as two-wheel vehicles are completely omnipresent and an essential part of daily life mostly petrol powered ones. 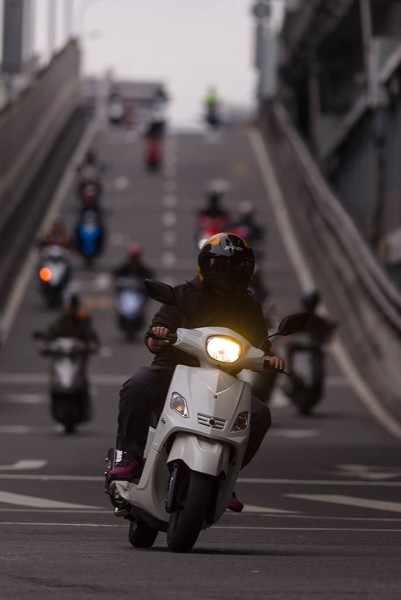 As with other Eastern Asian metropolis, the city of Taipei is in a basin which traps all the air pollution produced by high levels of petrol motorcycles emissions.  However, this high dependence on scooters can be an advantage and a disadvantage to the inclusion of environment-friendly solutions.

“The traditional gasoline scooter in Taiwan is one of cheapest forms of transportation in the world.” says Azizi Tucker, former region supplier development in Asia for Tesla Motors and currently VP of Engineering at LMD Racing and Owner of Sketch to SKU, an engineering consulting company. “Scooters are typically kept for 10 to 15 years and receive only the most minimal service. They use very little gas. As such electric scooters in many ways are very hard to market in Taiwan since the gas scooters are so cheap to the user”.

As an example, Taiwan’s Environmental Protection Administration (EPA) implemented a program to support e-scooters in 1998, providing a subsidy of $1000 for each vehicle purchased. Although this reduced the price to be roughly on par with low-powered gasoline models, it failed to stimulate interest when battery-charging infrastructure and general e-scooter performance capabilities were still in their infancy.

For the duration of that particular program, which concluded in 2002, only about 26,000 e-scooters were purchased. New subsidies are in place, but rather than increasing the amount, they have decreased.

Although it managed to reduce the price of an electric motorcycle to that of a gasoline-powered model it didn’t really stimulate demand as not many people became interested in a product where battery-charging infrastructure and autonomy was still not good enough. For the duration of the EPA program, which concluded in 2002,  and only about 26,000 electric motorcycles were purchased.

While some might believe that the industry would struggle after the cessation of the program, this is not the case with Gogoro, a small Taiwanese startup founded in 2011 by ex-HTC engineers (TPE: 2498) managed to raise $150 million in venture capital (a good portion came from HTC Chairwoman Cher Wang) and launched the Smartscooter, an innovative electric scooter.

“Gogoro’s vision was inspired by one of the greatest challenges of our time: How to distribute energy in a smarter way to have the greatest impact on our lives and the lives of future generations,” said a company spokesperson.

Tucker believes Taiwan can finally be at the forefront of the electric motion vanguard.

“Gogoro is a huge advancement for electric scooters. The quality of the design and the performance are a huge step forward compared to the electric scooters on the market now,” he says. “The battery swap is a smart solution to the charging problem. It is especially useful in cities where people do not own garages.”

In Tucker’s view the benefit of going with electric is not short-term, as it helps moving young riders toward electric vehicles as a transportation solution and it can significantly decrease tailpipe emissions.

He states that the gas scooter industry in Taiwan is very highly developed with amazing value for the money with good gas mileage and speed. Nowadays while $0.03 of gasoline keeps a small scooter going for between 1 and 1.5 km, the same amount in electricity allows an e-scooter to run for almost triple the distance.

“Also due to the long life of scooters there are many scooters on the street with older more polluting emissions,” he says. “The industry has been forced to raise prices to support better emissions but that has led to decreased sales. There is not much development since the vehicles are so refined. In short they are well adapted to their environment, but at the same time destructive of the environment.”

Government can help and hinder

However, while in China government regulations have helped stimulate the electric scooter industry, in Taiwan government intervention is still not sufficient or has been misguided.

“The most obvious step for more widespread adoption is government intervention in the form of tax credits, subsidies, or increased tax on gas scooters. It can and should offer subsidizes for electric scooters to allow new manufacturers to get through at least three generations of products,” he told VR World.

Mobipus’ Tsai has a more cynical view of the government’s intervention in the electric vehicle industry.

“Taiwan’s electric scooter market has been framed by the business leaders and cheated by ex-government officials,” he told VR World.‏ “The government subsidizes wrong products for the market and tries to kill the electric scooter by setting up unreasonable regulations and subsidize underpowered, unusable products that make the public feel that electric scooters are not good enough for everyday usage‏‏.”

So although Tsai thinks Gogoro’s idea for power stations is smart he believes it won’t work without government support for acquisition of land needed for battery exchange stations and better incentives for electric technology development startups.

“The Singapore government offered me five years of income tax break, and 10 years 300% R&D expense exemption, plus three years 1% interest start up loans, and offered to invest in my company if I moved the HQ and R&D to Singapore‏,” he claims. “While Taiwan’s government would rather subsidize electric scooter manufactured in China (like e-moving), but not give any help to local Taiwan manufacturers for high-end components for EV‏.”

In some cases it’s also a matter different government approaches, since the Chinese government executive powers are simply more powerful allowing it to simply ban gas scooters in some cities, while in Taiwan’s red tape can sometimes make the process harder.

“I think Taiwan’s electric scooter won’t take off anytime soon but the tip-over point is getting closer as people realize the advantages of EV‏.”

View all articles by Nelson Moura