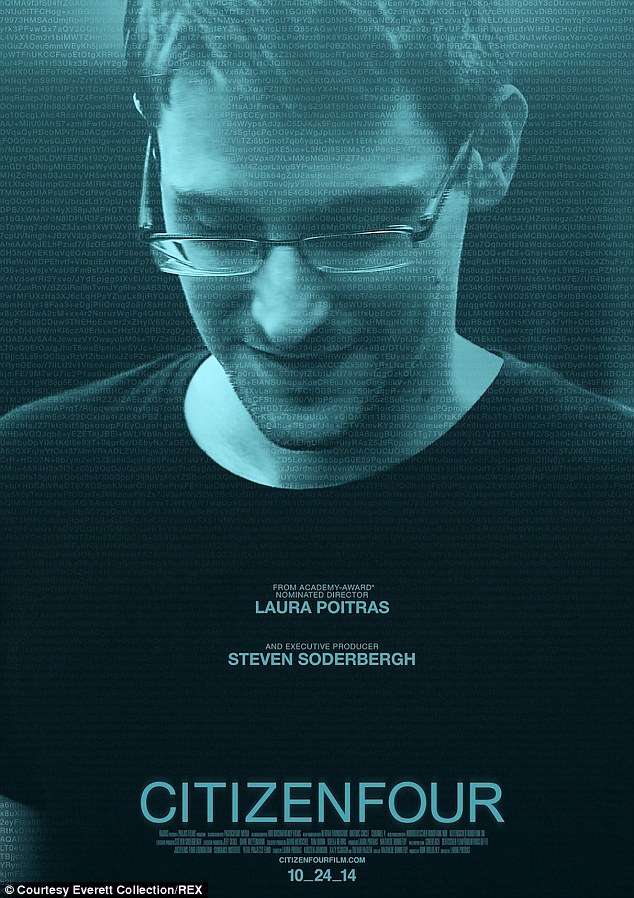 CitizenFour, a documentary on Edward Snowden and the surveillance state by filmmaker Laura Poitras, took home the top Oscar for documentary features Sunday night with Lindsay Mills, Snowden’s girlfriend, accepting the Oscar on stage with Poitras and journalist Glenn Greenwald.

“The disclosures that Edward Snowden revealed don’t only expose a threat to our privacy but to our democracy itself,” Poitras said in her acceptance speech. “Thank you to Edward Snowden for his courage and for the many other whistleblowers.”

The bulk of CitizenFour is from footage Poitras shot over the course of eight days in Hong Kong, where Snowden first hid after making contact with Poitras and Greenwald. Once Snowden was offered political asylum in Russia, Poitras travelled there to interview him on his life after he revealed himself to the public.

Snowden sent his best wishes to Poitras for the Oscar win in a statement via the American Civil Liberties Union.

“When Laura Poitras asked me if she could film our encounters, I was extremely reluctant. I’m grateful that I allowed her to persuade me,” Snowden said in the statement. “The result is a brave and brilliant film that deserves the honor and recognition it has received. My hope is that this award will encourage more people to see the film and be inspired by its message that ordinary citizens, working together, can change the world.”

Poitras earned two previous Oscar nominations for her Iraq war documentary My Country, My Country, released in 2006, and 2010’s The Oath, about prisoners in Guantánamo Bay.