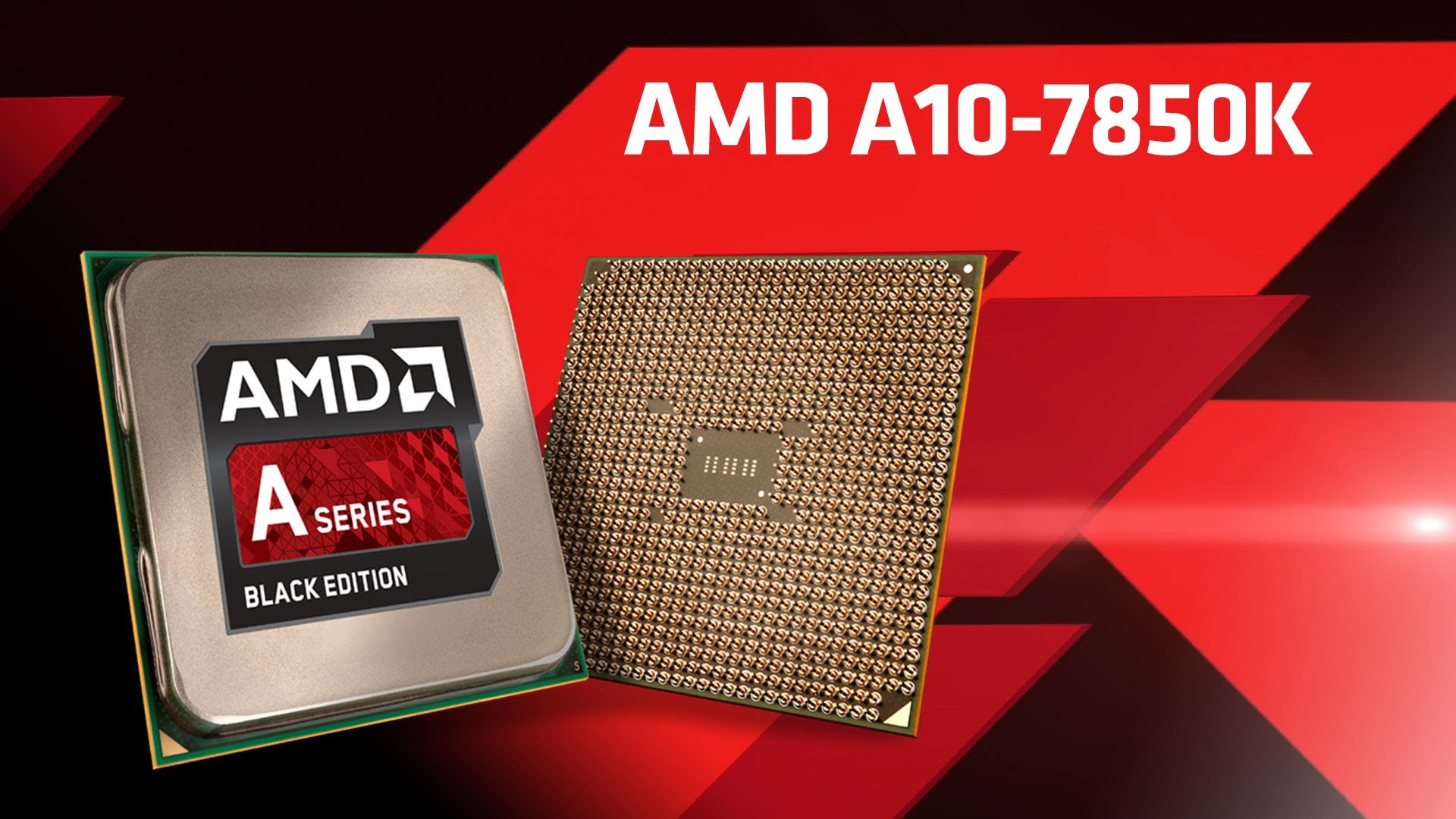 ArrayFire found in its benchmarks that AMD’s (NASDAQ:AMD) integrated GPU in the Kaveri A10-7850K APU fares better at computational tasks than Intel’s (NASDAQ:INTC) Haswell HD 4600 series on the Core i7-4790K. The software company builds  software libraries for GPU programming, with its products working on both Nvidia CUDA-based cards as well as AMD’s OpenCL GPUs.

In its benchmarks, ArrayFire tested several GPU functions such as a bilateral filter, which is a non-linear filter that is used to smoothen out edges from images. The bilateral filter test showed AMD’s integrated GPU achieving 156 fps at 720p and 69 fps at full-HD, more than twice the score managed by the HD 4600 at 62 and 28 fps. 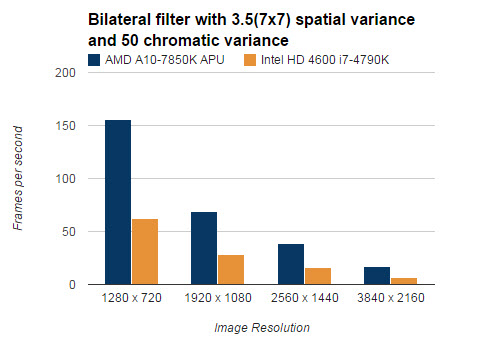 A similar set of results were observed in an erosion and dilution benchmark, with the Kaveri APU scoring four times as high as the HD 4600. ArrayFire also ran 2D convolution tests, which determine image processing, and found that Kaveri significantly outmatched Intel’s offering by achieving 191 fps to HD 4600’s 52 fps at full-HD resolution. 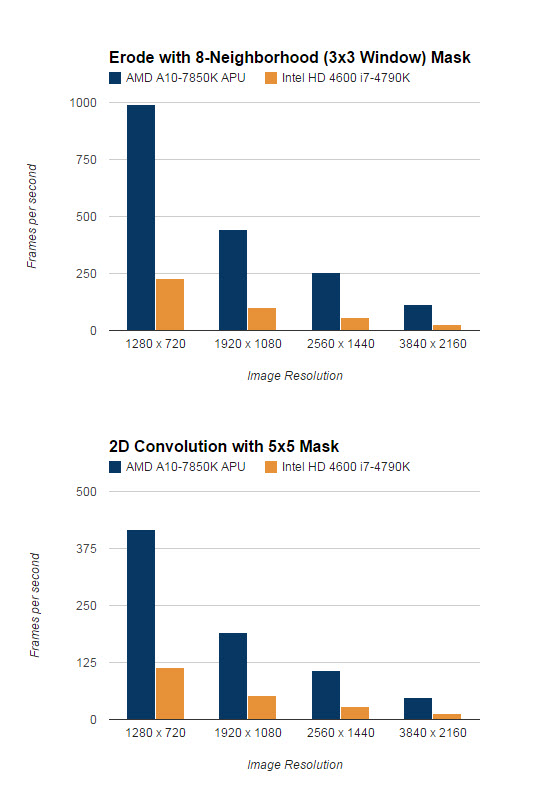 ArrayFire also ran a gamut of other computational tests, includingNxN matrix tests, sort functions as well as image resize and rotate tests, with AMD’s solution coming out on top in all benchmarks. 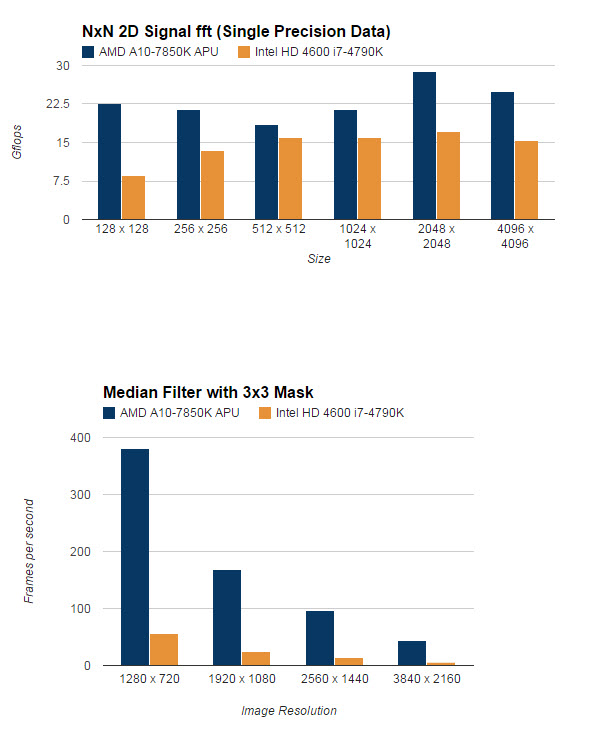 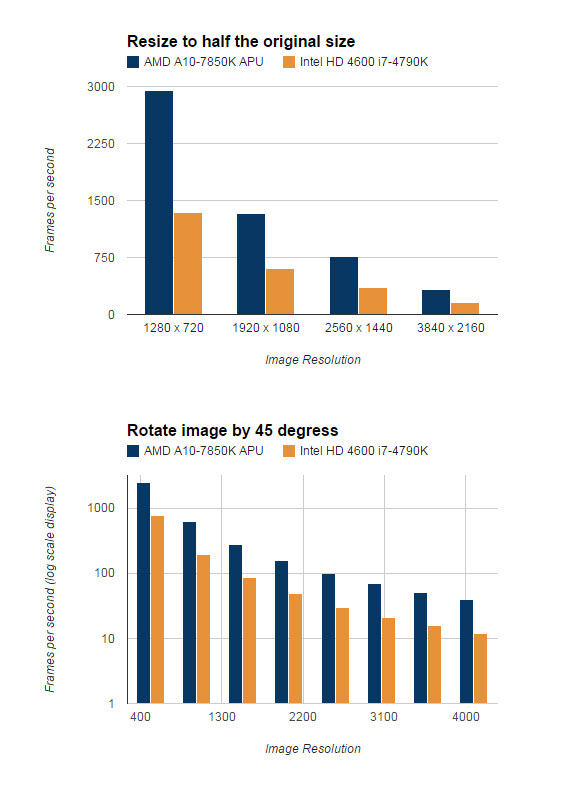