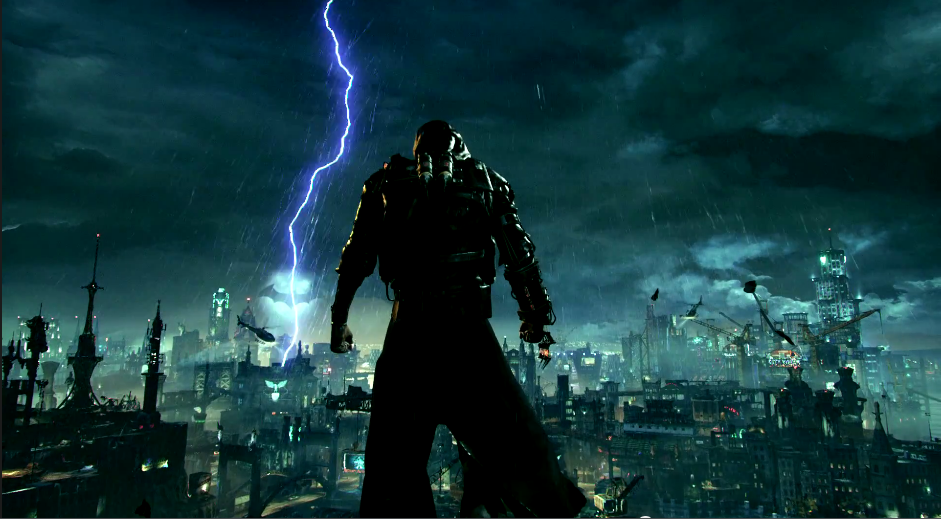 UPDATE: The hidden codes found in the new trailer have been cracked by Reddit user SixSided, revealing three different sets of character bios for Ivy, Scarecrow and Harley Quinn. The codes below can be entered at the game’s official website for access to the bios.

Batman: Arkham Knight is set to wrap up Rocksteady’s gritty magnum opus centered on the Caped Crusader, and today we’ve been given a brand new trailer that sets a rather ominous shadowy tone for the game.

Scarecrow, that maniacal fearmonger we all know and love, looks to be the principal ringleader for Arkham Knight, with the iconic Joker taking a hiatus.

According to Rocksteady game director Sefton Hill, the Joker won’t be featured in the game at all, leaving room for other villains–Riddler, Penguin, Poison Ivy, Two-Face, etc–to form a tenuous alliance and carry out their menacing plan to utterly destroy Batman once and for all.

In the DC Universe, Dr. Jonathan Crane represents a sort of figurative learning tool that reveals the truth about various characters through their fear. But as far as a major force, Kotaku argues that he’s pretty much a terrible choice for a leader–especially when he’s leading notorious baddies as the crazed Two-Face or cunning Riddler who could easily outwit and overpower him.

In any case, the trailer does a fantastic job in depicting the premise for Arkham Knight, though, which is undoubtedly the whole point–that and to show off some snippets of gameplay in the process. 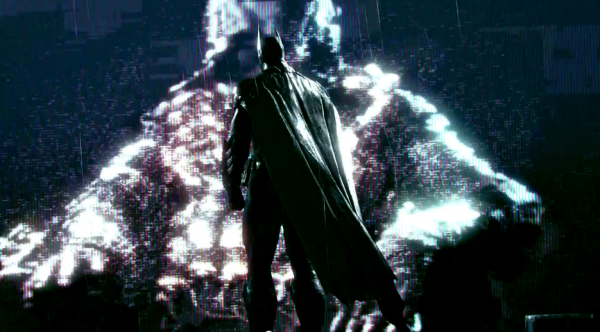 Basically Batman has to face a broken Gotham City that’s been overrun with treacherous thugs and conquered by his worst foes, all of which are vying for his utter destruction.

Scarecrow isn’t satisfied with just killing the Batman, though. He wants the Dark Knight to suffer, he wants to break everything the daring detective stands for. Essentially Scarecrow and the others want to effectively annihilate Bruce Wayne in every way possible.

It’s a plot we’ve pretty much seen before, but the real star of the show is of course Batman. Armed with a huge array of weapons and definitive gadgets like the batarang and the grapnel gun, the Caped Crusader uses his superlative skills of ass-kicking and deduction to cut a swath in the villains’ newest scheme. 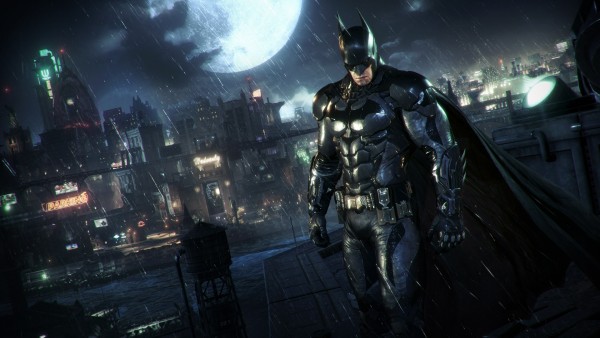 This time, though, things will be much more dark and gritty. Arkham Knight will show “Batman at his darkest”, a sentiment that’s earned the game an M for Mature rating.

“I’m not blind to the fact that [the M rating] does mean some fans will miss out… I don’t want to be oblivious to that fact,” game director Sefton Hill said.

“It would have been wrong to water down the game and deliver a story we didn’t believe in to keep the game ‘mass market’ or enable it for more people. We feel that’s the wrong way to go about it. We said we love the story and we don’t want to jepoardize that.”

Also some keen-eyed viewers have noticed some interesting easter eggs peppered in the new trailer. It looks like Rocksteady has hidden a variety of enigmatic codes that would make Edward Nigma proud.

According to Game Informer, the “codes are part of cypher with multiple entries on the game’s official website (under the Persons of Interest tab)”, and gamers are trying to figure out their meaning as we speak.

Batman Arkham Knight is slated to release on June 2, 2015 for Xbox One, PlayStation 4 and PC.