RosePortal Games has decided to release the demo of its 80s-inspired RPG and platformer Unraveled that can be downloaded from their Kickstarter page.

This game based on real events, but painted through a mind of a child and is currently undertaking a Kickstarter campaign with the goal of collecting $15,000.

Unraveled is a story-focused game that old school Japanese RPG retro look. This RPG platformer tells the tale of a little girl on a quest to find her missing parents that vanished at a ship breaking yard. On her journey she is accompanied by a monster plushie toy that she carries in her hand. At times of danger or when a certain obstacle pops out the plushie comes to life as a monstrous, fluffy, horned, furry thing and offers his aid. 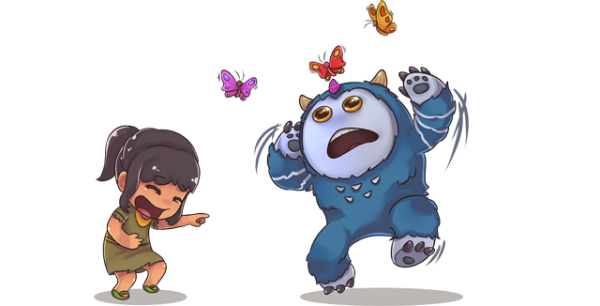 A documentary about the ship breaking yards and people that live around them The Wire Nest served as an inspiration for the game. These people live in poor conditions fighting for their bare existence, with low pay and suffering exposion to toxic fumes and waste.

Unraveled is a game without dialogue as it follows a show, don’t tell policy. The game design has that nostalgic old school JRPG feeling easily compared to Chrono Trigger, early Final Fantasy games or one obscure Star Wars game, Yoda Stories. Added to the mix are the adventurous elements like exploration, puzzle solving, running all over the place and jumping onto things to reach other things.

Combat situations are resolved in the turn based style with an interesting balance system that divides abilities on calm and anger based ones. Careful shifting between these moods allows better combat performance. 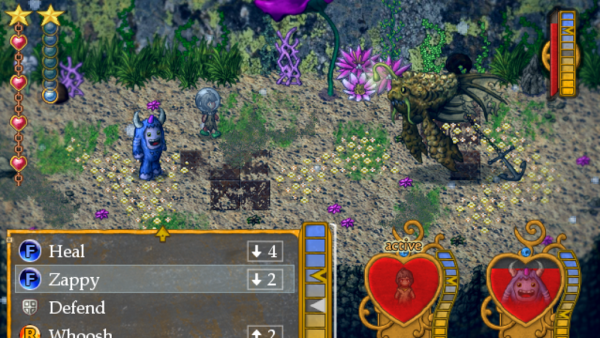 Due to its sensitive subject and the decision to go for a RPG without dialogue, Unraveled is definitely a unique experience. Eighties art direction quickly fools the player but once he travels through slums and horrible industrial setting staring with mute npcs, avoiding pushy thugs and fighting freaks he comes to a realization. This is not Final Fantasy but Silent Hill in the cute package.

Dreamy music luls the player into a hypnotic state as he travels through an oppressive maze of puzzles, encountering an enemy very few times. Taking these out takes quite a while as they have seriously bloated health pools. As the player collects numerous items, powerups, memories and gains levels one might wish to hear some banter or comment from main characters. Combination of these elements might come off as dull or unfinished to someone that is used to witty dialogues and rich lore, the staples of the RPG genre.

Once the game comes out it will be one of those you either love it or hate it games. Those that have patience for this system will experience a deep and touching story of a little girl and her hopes for a better future.