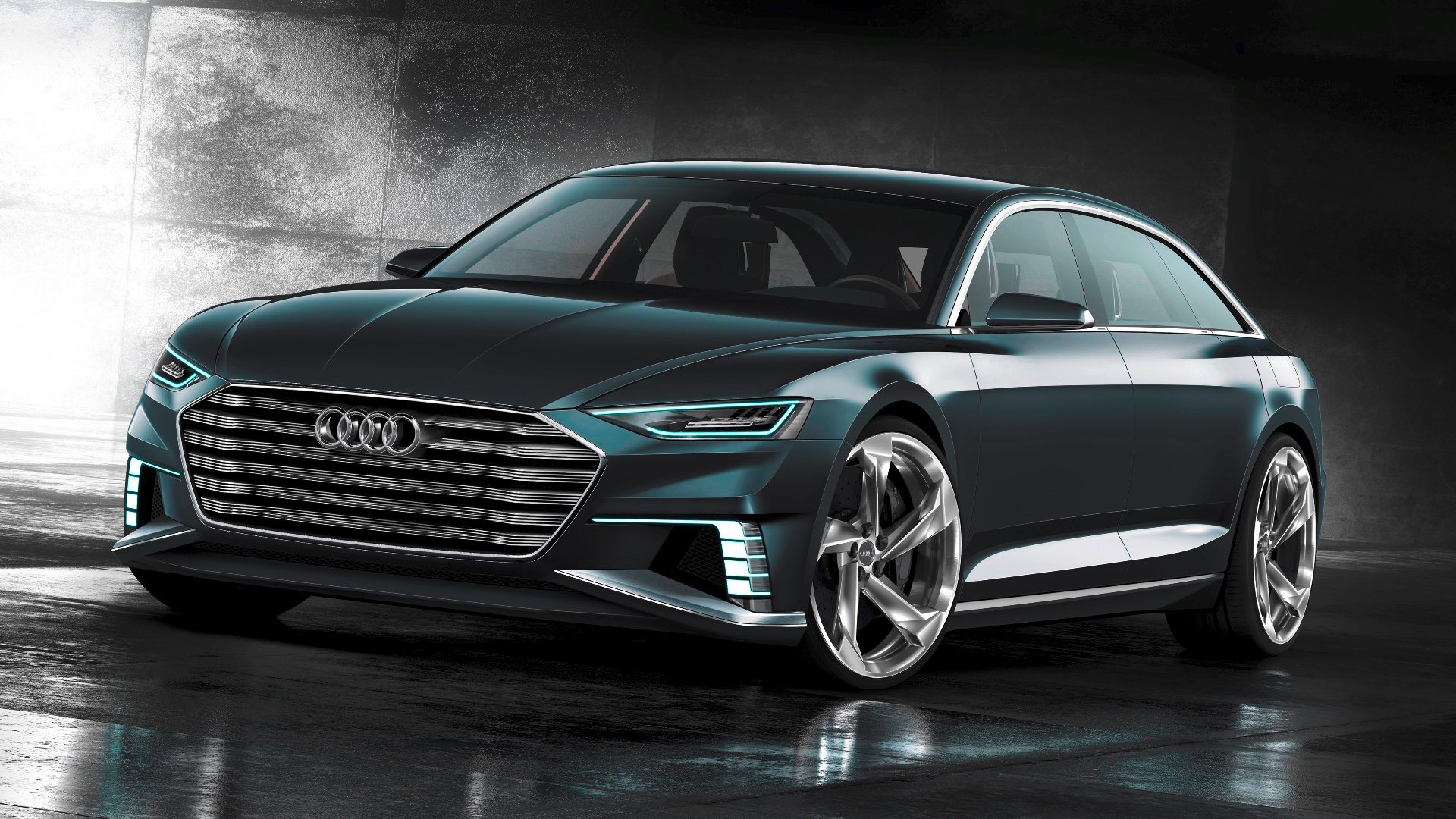 A few months earlier, at the Los Angeles Auto Show, Audi (ETR: NSU) presented the Audi Prologue concept car. A glimpse into the brand’s future. That’s what everybody in the automotive business thought about this concept. It showcased what design language will Audi employ in the forthcoming years. Only four months later, the premium manufacturer is showing a variant of its visionary concept at the Geneva Motor Show. With a length of 5.11 meters (16.8 ft) and a width of 1.97 meters (6.5 ft), the five-door car with its pioneering body concept positions itself clearly in the luxury class.

On the other hand, Audi was always a company that put a lot of emphasis on sporty performance. The same has been applied to the Audi Prologue Avant Show car concept as well. The Audi prologue Avant uses technology which is close to series production. It is equipped with the plug‑in hybrid drive from the Audi Q7 e‑tron quattro which achieves even higher performance in the show car. 335 kW (455 hp) of system power output by the 3.0 TDI engine and the electric motor in combination make the car sprint from 0 to 100 km/h (62.1 mph) in 5.1 seconds. The purely electric range is 54 kilometers (33.6 mi). The chassis is equipped with adaptive air suspension and the dynamic all‑wheel‑drive steering system – thus combining comfort, sportiness, handling and stability on a new performance level.

“With our show car for Geneva, we now translate the design language of the Audi prologue into a new, dynamic and stretched form. We are merging it with a concept of high variability”, said Board Member for Technical Development, Ulrich Hackenberg in a statement. “The Audi prologue Avant is progressive, emotion-filled and versatile, it reflects Audi’s technological competence and quality claim perfectly.”

The Audi Prologue Avant is an elegant car. It shows us the elongated lines seen on various newer models. But with a touch more style and sophistication. As we know, the car wont enter production in its current form. But it still gives us a rather remarkable view of what could be achievable if the bean counters were not running the show. Hybrid technologies coupled with some great design cues, fabulous interior solutions – that’s what the market wants. While just a concept car, it still shows us the creativity focused on style, sophistication and design that is needed in today’s car world. If only Audi would not stray much from this concept in the production car. It would make a lot of petrolheads rather happy.