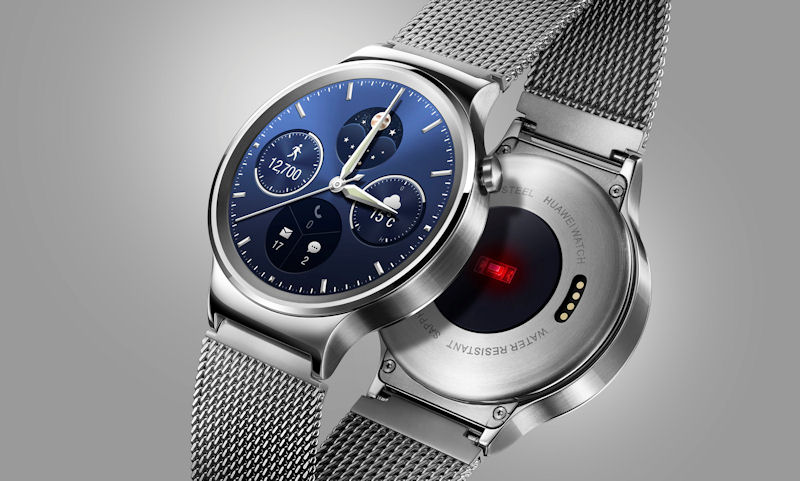 People visiting Barcelona this month for the Mobile World Congress 2015 will be greeted by Huawei’s (SHE: 002502) new smart watch, which introduces a mix of old and new in a very good way.

The new wearable was simply introduced as the “Huawei Watch”. The basic overall design of the watch exude a classic look and finish, something that we are accustomed to with old-century type watches. The screens are even glazed in sapphire crystal, as well as being encased in stainless steel, which clearly introduces it as more than just another wearable. What’s obviously different though is that this is a smart watch, and has all the nifty perks modern wearables have today. It has a 1.2 Ghz Qualcomm Snapdragon 400 processor, 512MB of RAM, and 4GB of internal storage. The screen itself shows off its bright and crisp 1.4-inch 400×400 AMOLED display.

Like with many other wearables, it will feature various kinds of sensors and monitors, including a barometer, a heart rate monitor, and a standard accelerometer/gyroscope. It will also use the Android Wear OS.

As the advertisement states “classic design and impeccable craftsmanship” meshed with “state-of-the-art wearable technology”. So far, at least according to the demo announcement, the “Huawei Watch” does not disappoint. The old, stylistic look certainly warrants it the premium treatment, as quaint as it may seem to be. Performance-wise, it should be able to handle the Android Wear OS, though we may have to see the actual commercial version to firmly assess this.

Ad placements at the Barcelona Airport have been welcoming arriving guests with a discreet announcement for its “Huawei Watch”, even since before Huawei’s official announcement of the new product a few days ago. The billboards, which has the slogan “Timeless design. Smart within.” written on it, are basically teasers that introduced one of its three possible color versions: silver, gold, and black.

No prices announced yet, but Huawei announced that it will be available very soon.