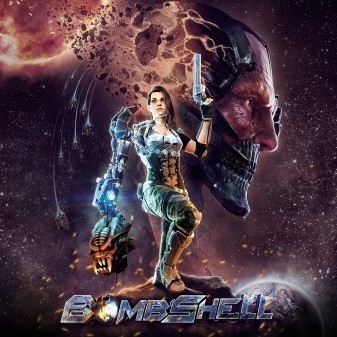 3D Realms was once a publishing powerhouse in the gaming business. This is the studio responsible for some of the classic titles of the 90’s such as Commander Keen, Wolfenstein 3D, Rise of the Triad, Shadow Warrior, Duke Nukem, Max Payne and Prey.

Before the political correctness and false decency that is present in this day we had games that made players laugh and moralists cringe. Macho Duke Nukem snuffed aliens and made girls shake it while Lo Wang the Shadow Warrior pushed every Asian stereotype to the maximum.

For its return 3D Realms has teamed up with a Denmark based game studio Interceptor Entertainment, known for their Rise of the Triad remake from 2013, to work on a new title called Bombshell. 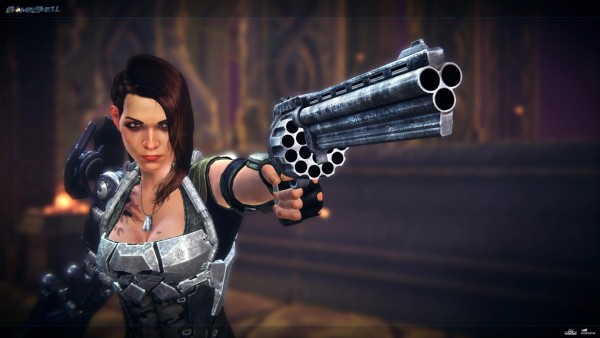 Bombshell comes from minds of the creators and producers of Rise of the Triad, Duke Nukem and Max Payne. A new larger than life movie action star like character Shelly “Bombshell” Harrison is a former bomb technician that chose a mercenary career. Quick on both trigger and mouth and packing a classical 90s stereotype, powerful mechanical arm she is ready to blow away any alien scumsucker standing in her way.

Shelly was discharged from the Global Defence Force after “The Washington Incident”, a horrible event that caused her to lose her arm and squad. An otherworld bomb was placed in the Washington and failing to disarm it resulted in a catastrophe she was blamed for. Now working for a private military contractor she is given a second chance at redemption. Technological remnants left over by the aliens after the incident are used to outfit her with a new powerful mechanical arm.

Shelly’s mission is to travel through crazy otherworldy alien places to rescue the President and save the Earth from certain doom. Using her arm and huge amounts of destructive weaponry she will face a diabolical mad scientist Jadus Haskel, the mastermind behind the alien invasion. 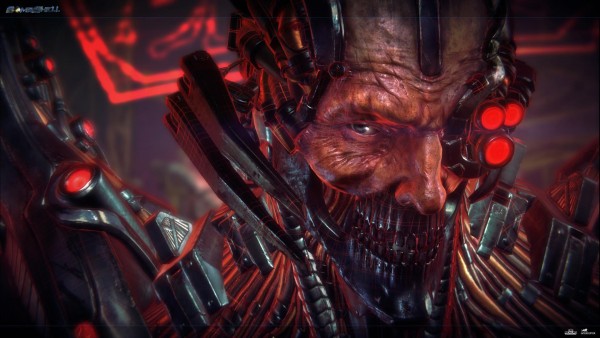 Bombshell is an isometric fast paced shooter game that uses roleplaying elements like special skills, tech-tree upgrades and tons of customizable arm configurations to spice up the usual “blow stuff to hell” gameplay.

With Bombshell 3D Realms plans an explosive return to the gaming scene, one that involves massive destruction, action and a story full of twists and turns. Having a punk cyborg chick hero also does not hurt.