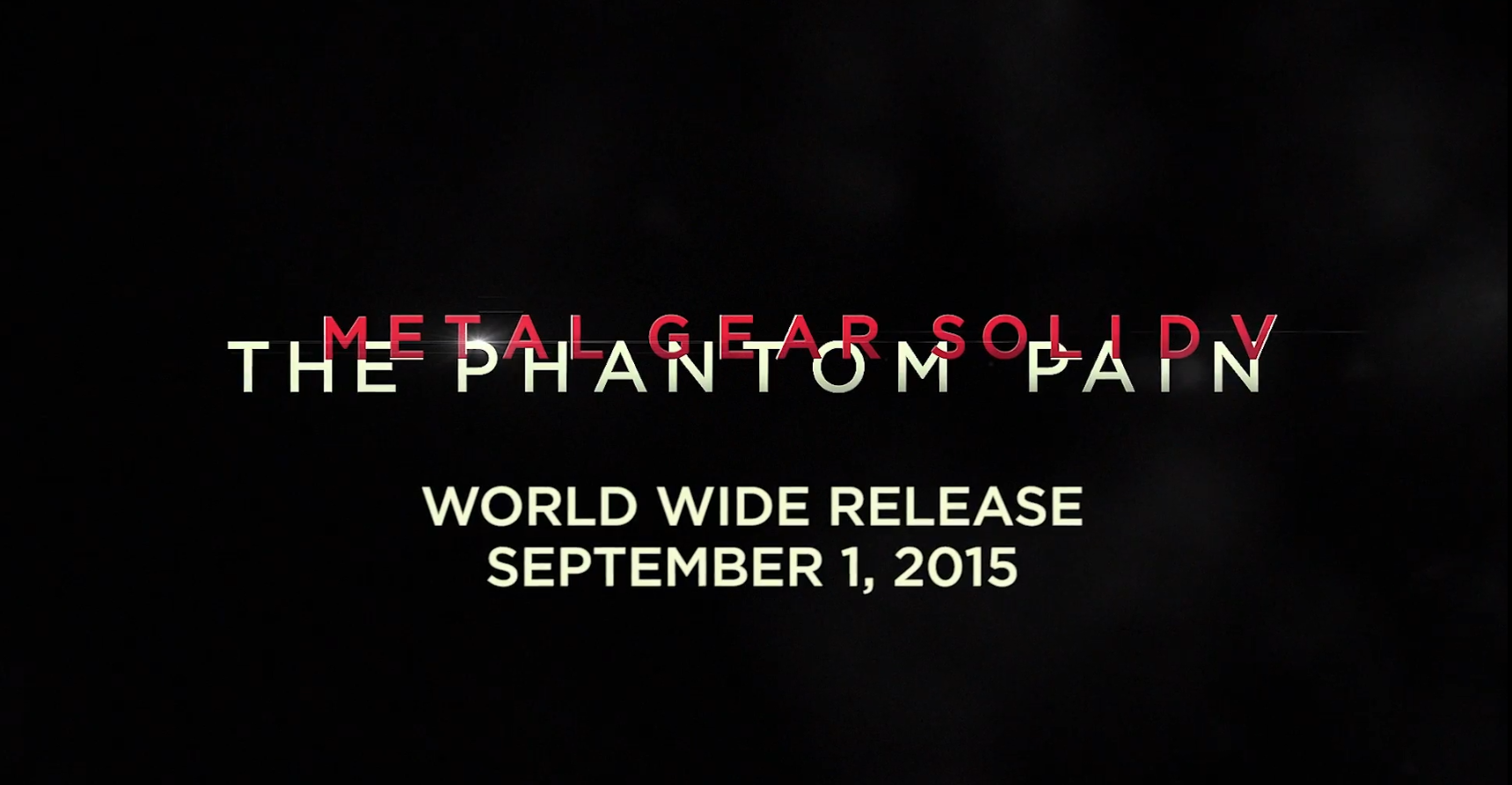 UPDATE: IGN has revealed that the PC version of Metal Gear Solid V: The Phantom Pain will release on September 15, 2015 whereas the console flavors will release on the previously revealed Sept. 1 date. 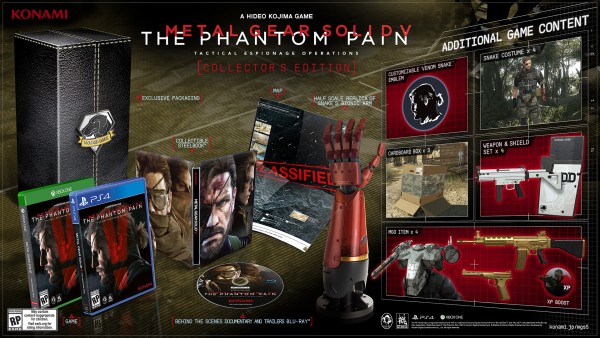 Also to make the sting more pronounced, PC gamers won’t be getting physical copies or the handsome MGSV: TPP collector’s edition, which is featured above.

Finally we have the video interview that IGN accidentally leaked yesterday, where Hideo Kojima sheds more light on the entirety of the series and how it was created. It’s an interesting look at the heart of Metal Gear and it adds more depth to our excitement for The Phantom Pain.

Thanks to a premature video upload that was spotted by NeoGAF users, IGN has accidentally leaked the release date of Metal Gear Solid V: The Phantom Pain to the world just a bit ago.

According to the footage, fans can expect to play Snake’s new tactical espionage adventure on Sept. 1, 2015 worldwide across consoles, and Sept. 15 on PC. Yes, PC gamers have to wait a full two weeks for their port. Yikes.

The video has been taken down, but not before GAF’ers were able to slice it up and extract pieces of it to the internet.

Oddly enough it looks like a Snake won’t break his role as the strong silent type even though there’s been big hype surrounding Keifer Sutherland taking the VA helm.

MGS franchise creator Hideo Kojima had this to say about Snake’s vocal personality, saying that the tough-as-nails assassin “won’t really speak much at all” and that the “characters around him” will pretty much move the story forward.

“As much as possible, Snake will act based on the player rather than doing things like making spontaneous comments or flirting with women.

“In fact. this time, Snake won’t really speak much at all. MGS5 is an open world game focused on giving freedom to the player who will drive Snake’s action. Snake himself will be more of a silent protagonist similar to Mad Max in Mad Max 2.

“It’s the characters around him who will expand the story.”

Since Snake will be so quiet, many fans are questioning why Konami chose to go with Keifer Sutherland rather than keep David Hayter–who’s voiced the renown character since he had a voice–in his iconic role. I mean…why switch things up when Snake barely says anything anyway?

Since it was a premature leak we don’t have any new screenshots or video to show you, so take a quick look at last year’s TGS 2014 gameplay trailer and know come September, you’ll be able to do the very same things.