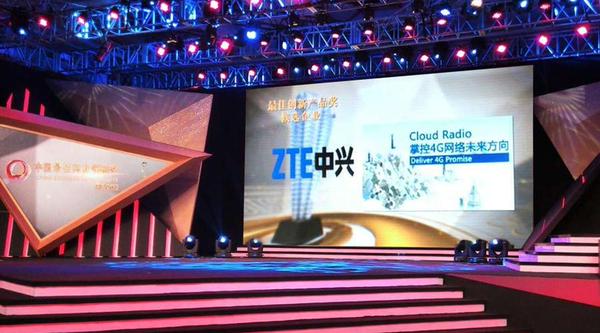 Cloud Radio, one of ZTE’s (SHE: 000063) entries to the GSMA’s Global Mobile Awards at this year’s Mobile World Congress, addresses this by enabling dynamic collaboration across cells based on the real-time location of users, so that there will be no performance degradation when crossing cluster borders.

“Especially for customers located on the border areas between cells, and where wireless performance is weaker especially for LTE, Cloud Radio will lead to a more uniform, consistent and predictable user experience across the overall network, increasing customer loyalty,” says ZTE in its entry.

According to the company, 4G networks require 10 times more bandwidth than 3G networks, and LTE is deployed in high spectrum bands, so sites are dense in order to ensure signal quality. This causes greater interference compared with GSM and WCDMA. Also, OFDMA-based LTE (a modulation technology used in LTE and WiMax networks) does not have an inter-cell interference-suppression mechanism.

Cloud Radio was actually launched at MWC two years ago, with the promise of reducing the effects of interference between cells. The technology uses two mechanisms: a cloud scheduler and a cloud coordinator.

The central scheduler collects real-time information about interference, load, user distribution and interference location, and will determine the optimal resource allocation. Base stations then schedule their transmissions at a per-user level upon receiving these instructions. “This makes the bandwidth requirements constant regardless of the amount of sites that are simultaneously coordinated, making the performance across the network much more stable and consistent.” 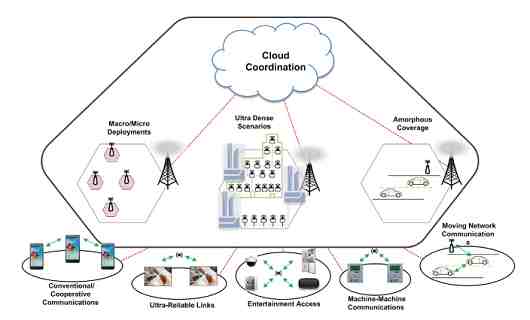 The cloud coordinator dynamically measures the backhauling characteristics for each combination of eNodeBs — the hardware connected to the mobile phone network that communicates directly with mobile handsets — intelligently determining the best set of technologies to use. It essentially turns harmful interference into useful signal via inter-site coordinated multi-point reception and transmission (CoMP). The aim is to ensure latencies at most 4 ms, which is otherwise easily achievable with conventional IP RAN and Ethernet Microwaves.

The technology improves performance in cell border areas (which is 30% of all cases, says ZTE), up to 90% in downlink and 115% in uplink throughput.

According to ZTE, the most significant benefit of this technology is that it does not require network operators to invest in additional hardware expansion in the eNodeB. Existing IP transmission networks can meet the requirements of Cloud Radio without modification, so operators can make inter-site coordination possible with the lowest cost. In addition, Cloud Radio can be fulfilled on existing R8/R9 terminals. Given these, Cloud Radio helps in future-proofing network facilities, such as the transition from 4G to 5G.

To date, Cloud Radio is deployed across Chinese operators China Mobile and China Telecom, Hong Kong’s CSL, Wind Telecom in the Dominical Republic, and Cosmote in Romania, among others. ZTE says the technology is best suited for large urban cities, where population is dense and cells are close in between.

The technology was a finalist in the Best Mobile Technology Breakthrough category, which Airvana’s OneCell won.