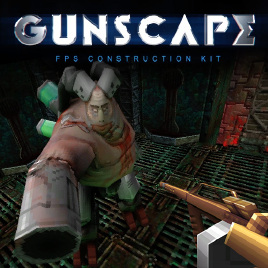 Two theme packs will be included in the early access version. This independent game development company from Australia specializes in game applications for PC, console mobile devices and web browser games. With focus on creative gameplay and unique fun games they have over 1,500,000 downloads since 2008. Blowfish Studios has also teamed up with Alienware for a limited quantity one of a kind theme pack.

Gunscape is an FPS construction kit but it is also a game that lets players mash up their favorite classics into something amazing that can be played and shared with others. Blowfish Studios was inspired by the first person shooters like Doom, and decided to take all the most memorable elements and place them in a toolkit to be used and combined however the user wants. Easy-to-use tools based on a block-placement interface everybody’s already familiar with are used to create single-player campaigns, co-op maps and multiplayer arenas and there is also a functionality to share creations with others. Instead of building the game from scratch, players build their levels withing an already existing game customizing it with a large selection of weapons, enemies and level elements that are combined together. 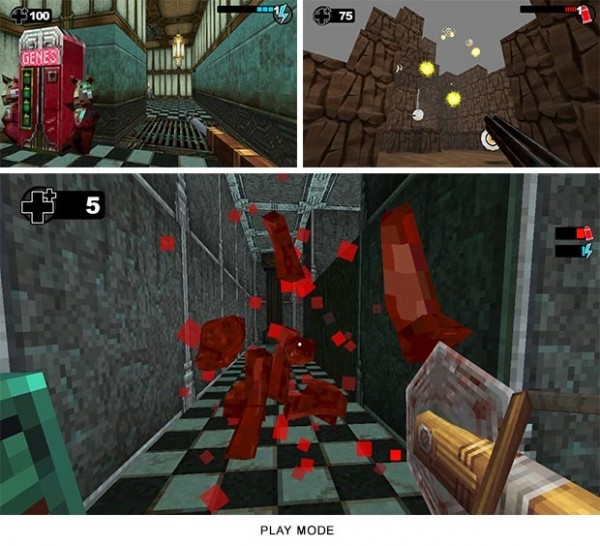 The game has many themes that are taken from the entire FPS game genre. These range from early shooters like Doom and Wolfenstein to stealthers and war games. Every theme is unique and has its own building blocks, player models, enemies, bosses, music and special elements. These range from doors to elevators, teleporters, lava floors, deadly laser emitters and spike traps. So far there are 38 weapons planned. These are time honored classics like bombs, bats, swords, flamethrowers, chainsaws, rocket launchers and more. By the time it gets to open beta Blowfish Studios expects Gunscape to have 8 themes, 16 player avatars, more than 20 enemies and 4 multiplayer match modes.

Full release of Gunscape is expected to arrive in the fall of 2015.