As the final day of Underworld Ascendant Kickstarter campaign closes in, OtherSide Entertainment is proud to reveal the arrival of the Lizardmen race.

Underworld Ascendant is a roleplaying game inspired by the Ultima Underworld series. It is being developed by the original creators as well as the people who played key roles in Dishonored, Last of Us and BioShock. These are know names like Warren Spector who is acting as a creative adviser, Richard Garriot of Ultima, Shroud of the Avatar, Kevin Levine from BioShock and Chris Roberts of Star Citizen and Wing Commander.

Originally going for $600,000 in pledges this Ultima Underworld inspired roleplaying game is looking to pass a few more stretch goals. With almost $780,000 pledged  it has already claimed the original core Underworld, new area The Underswamp, a novel by Tracy Hickman and now the Lizardmen race. These nasty reptiles will be living in the new game area, the Dire Grove.

Closing in on $775,000 pledged stretch goal for Underworld Ascendant is the Stygian Abyss, the Necrotic Graveyard. This dark and twisted place has the mysterious power to lure in the adventuring travelers and monsters that roam the surrounding areas. Once they enter the graveyard they mysteriously pass away and reawaken as the undead. The player must investigate the cause of this terrible curse and find a way to break it. 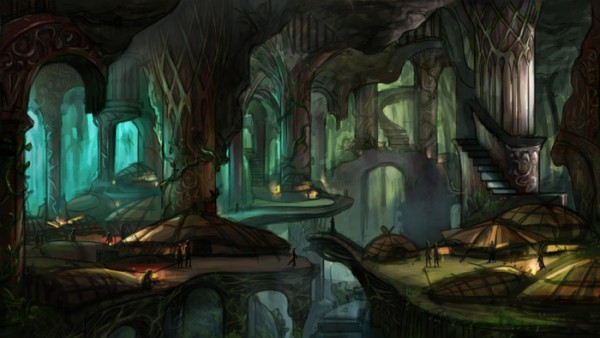 Following the Lizardmen and the Stygian Abyss is the stretch goal of $800,000 pledged that will add the  Creature Companion feature to the game.

Originally released back in the 1992 Ultima Underworld was a critical success among critics and the audience. With cutting-edge visuals and being the first game to have a texture mapped first person 3D it pushed the RPG genre into open-world sandbox gameplay. Many popular roleplaying titles like System Shock, Deus Ex, BioShock and Dragon Age credit Ultima as their inspiration. 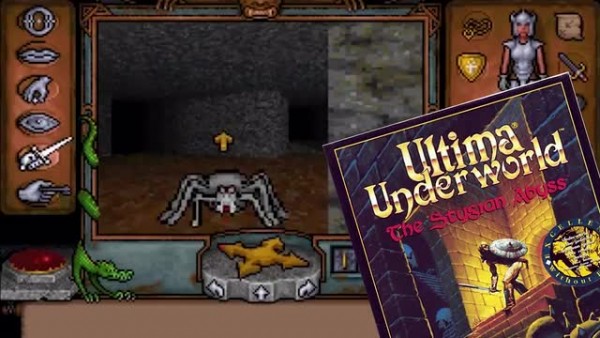 Underworld Ascendant is a next generation sequel to Ultima Underworld and Ultima Underworld 2. It plans to modernize the series and take advantage of power offered by PCs of this day. Story will have strong ties to the original games putting the player into role of The Avatar, a human that arrived from our Earth through a Runegate. These dimensional portals will play a key role in the game offering  travel between various worlds.

The core of the game, its workhorse is the Improvisation Engine. With this new system OtherSide plans to take the freedom of choice seen in games like Deus Ex, Elder Scrolls and the original Ultima Underworld to the next level. The goal of the Improvisation Engine is to provide multiple functional solutions to any possible problem that the player encounters on his adventure bringing this new RPG closer to the traditional pen and paper experience.

People that form the OtherSide Entertainment are the names behind over 25 award winning games like Ultima Underworld, System Shock, Thief, Deus Ex, GEX, Neverwinter Nights, Dishonored, Medal of Honor and more. It will be interesting to see what they can accomplish with this project.