Three Flip Studios, the production house responsible for Influent, a language learning game, is starting a Kickstarter Campaign for their its Armed and Gelatinous title.

This game was originally developed as part of the 2013 48-Hour Game Making Challenge by the Queensland University of Technology in Brisbane, Australia and was crowned the winner at the event. With three words, Growth, Arms and Sticky and only two days to work, 30 teams of up to six developers took on the task.

President Tofu, the original team behind this scattered all over the world to work on various projects and abandoned the concept. Later Rob Howland one of the creators decided to pick the project off the shelf, polish it and show it at Gamescom in 2014. After a positive reaction he teamed up with Brandon Jones and Anthony Prusakowski with the intent of pushing this idea as a fully functioning game.

Armed and Gelatinous is a fast paced couch competitive multiplayer game in which players engage each other in blob warfare. In the far reaches of the space gelatinous blobs are waging a war equipped with Earth made weapons looted from a transport vessel that was aimed at the sun. With each absorbed weapon the mass of these blobs’ bodies increases, becoming bigger and slower in the process. 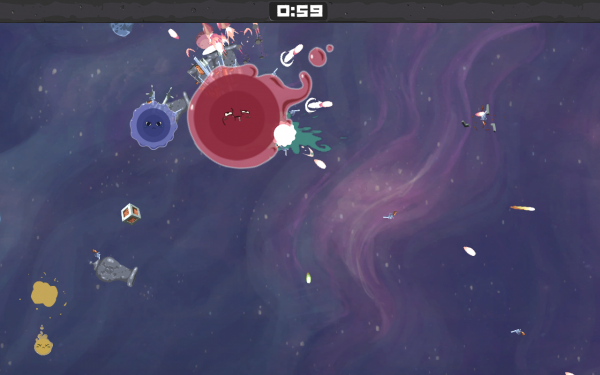 The player has access to one of the four militant gelatinous blobs hellbent on destroying others of his kind. As weapons they absorbe cannot be removed once they are stuck to a blob it is imperative to stick them in the right strategic locations on the body. Along with the use of weapons blobs can opt to use their dash ability to body slam their enemies or evade their attacks. Calculated use of these abilities will be necessary to achieve victory and even more tactics will come as the game progresses further.

Originally made in Unity with a 3rd-party 2D plug in called ex2D, the game is currently being worked on with Unity’s official 2D tool set. At the moment it has two game modes in which players destroy each other until the two minute mark is up but more is in the plans. Taking influence from Super Smash Bros game developers plan to offer more modes, weapons, power ups and a huge level of control and freedom to customize the game in any way the player wants. 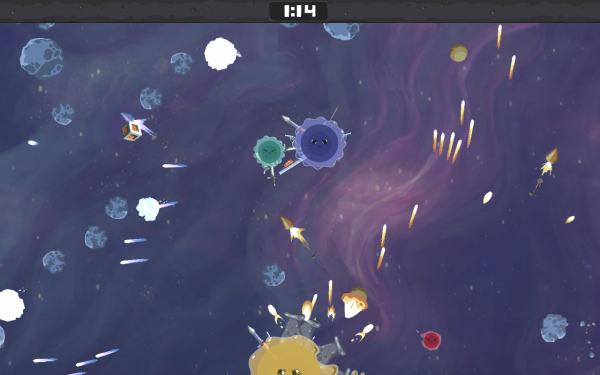 The Three Flip Studios is excited to work on this funky game and invites everyone interested to follow them on their YouTube channel and Kickstarter page.