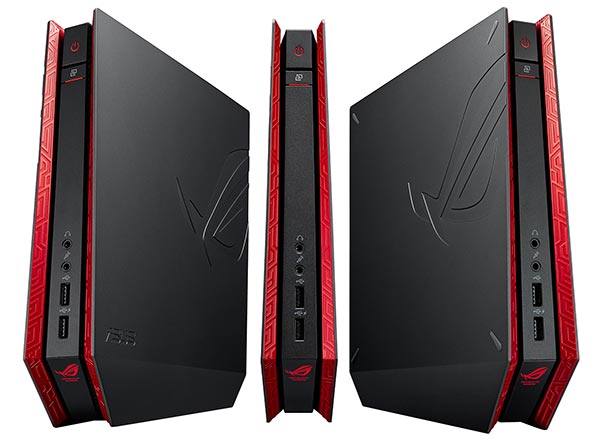 Set for a launch in the month of November, the machine will offer the latest hardware available from Intel (NASDAQ:INTC) and Nvidia (NASDAQ:NVDA). After a delay of one year, Valve’s ambitions are going ahead with full steam, with over 15 brands pledging to launch a Steam Machine this year.

The Steam Store listing for the GR8S mentions that the prices for the unit start at $699, with hardware configurations that include Intel’s Core i5/i7 CPUs, Nvidia GeForce 900 series video cards, DDR3 RAM ranging from 4GB to 16GB, storage options in the form of mechanical hard drives that are available in 500GB and 1TB flavors and SSDs from 128GB to 512GB. Here’s the full list of specs on offer:

Asus has opted for a tower design, unlike Zotac, which went with a more traditional mini-PC styling. Asus’ design does stand out, with the red on black styling serving to highlight the premium nature of the chassis. The Steam Machine will be 4K-ready, with connectivity options including HDMI and DisplayPort. It is unclear if Asus will go with HDMI 2.0 connectivity, which is aimed at delivering 4K at 60fps through a single port, but seeing as how the GR8S will launch in the month of November, it is likely we’ll see the latest standard on board.

If you’re interested in seeing all Steam Machines that will go on sale later this year, be sure to visit Steam’s storefront. There are options from 15 mainstream vendors that begin at $459 and go all the way up to $4,999. Valve also launched a Steam Controller that will be up for sale for $49.99.