As one of the first characters available in Gazillion Entertainment’s diablo clone Marvel Heroes Online, the Punisher has been waiting for a rework for a long long time. Similar to Thor mentioned in an article some time before, he had a pretty outdated kit that desperately needed an update.

Marvel Heroes Online originally followed a hero design direction that made them all unique yet extremely unbalanced to each other. This was not a simple thing like a case when one of them is just more powerful than other but rather that some lacked basic things needed for gameplay. Or to be more precise things that became needed for gameplay due to constant updates and changes to the game system and enemies. There were guys without travel powers, vulnerability debuffs to throw on mobs, ability to break crowd control, any burst damage, damage over time abilities. The way things were set some heroes were awesome while others painful. 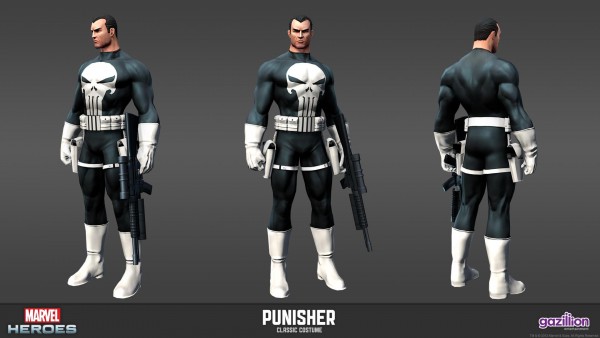 Nowadays Marvel Heroes Online characters use a 52 Rework formula that ensures that everyone has access these things and some more. Along with the previously mentioned things that some heroes lacked Gazillion introduced signature powers,  a 30 or more second cooldown mini nukes that greatly help with bursting down enemies. Old heroes without this ability have a very slow kill time and are slowly being brought in line with newer ones.

Punisher had an archaic kit that lacked a good travel power, signature, ultimate power that actually does something and burst damage. Crowd control breaker was added some time ago. Instead he relied on his high pain tolerance and damage over time ability stacking. At certain points he had solid high damage builds but these were nipped in the bud every now and then.

The new Rework 52 Punisher addresses some of these things yet does little to provide gameplay variations. While some skills have different names it is still best to just toss a grenade (used to be mine), follow it with a chemical grenade (also used to be a mine), apply flamethrower and then shoot with three round burst or flechette shotgun blast. Yeah the signature is new and can be used in the rotation but the flamethrower now has a cooldown, the shotgun is no longer a free basic attack, same with three round burst. It is actually the same build as before but more complicated with more attacks in the mix and irritating cooldowns. 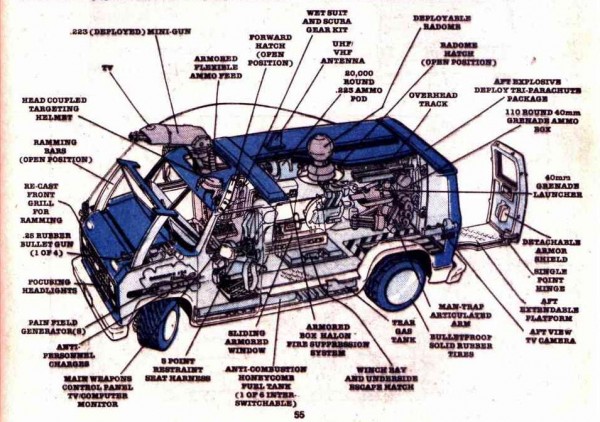 His ultimate power got changed from a damage buff and self resurrection to a customized remote controlled van that shoots death at everything in sight. No problems here. He even got a nice travel power, sprint.

The middle tree that deals with survival and knives is still barren and useless except for passives and travel. Minigun spec that was advertised as a viable alternative to the dot stacking is clunky. One cooldown ability that uses the Ol’Painless minigun, misses most of the stuff and tons of random single target attacks with no real flow.

In the end the Rework 52 Punisher kills a lot faster than before but the changes he received are mostly random and unasked for while the core problems remain. Reliance on dots, lack of all guns blazing crazy soldier build and weak melee options.