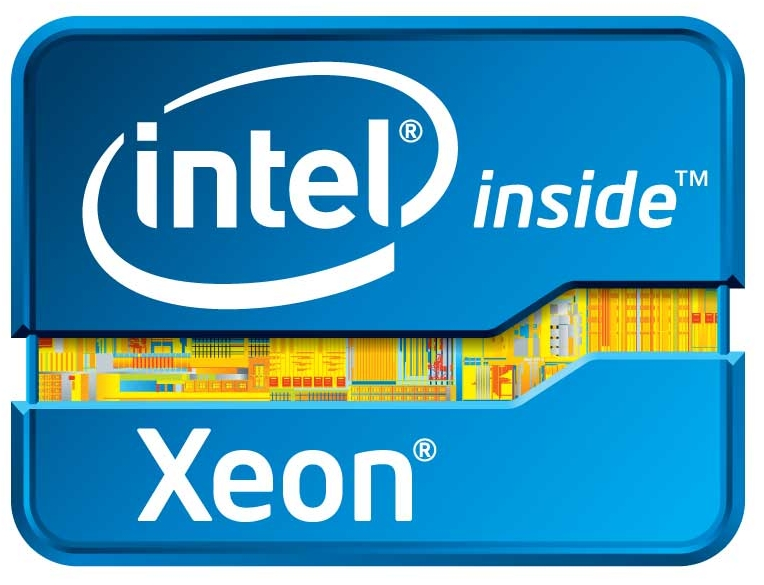 Today, Intel (NASDAQ: INTC) is announcing its first Broadwell-based Xeon processor. It isn’t the mainstream E3 series derived from desktop chips, nor the high end E5 either — both of those will wait for later in the year.
The new Xeon D goes for the upper end of the nascent microserver market, as well as for the dedicated storage and network appliances — exactly the focus of the current ARM server campaign.
Microservers were chosen by ARM (LON: ARM) as, compared to the bigger server iron, they mostly rely on open source Web 2.0 stack, while the storage and network devices usually run specific applications. In both cases, no need for ARM to fund expensive commercial application ports — something that many RISC CPU makers with far better CPUs failed in the pre-Linux days. 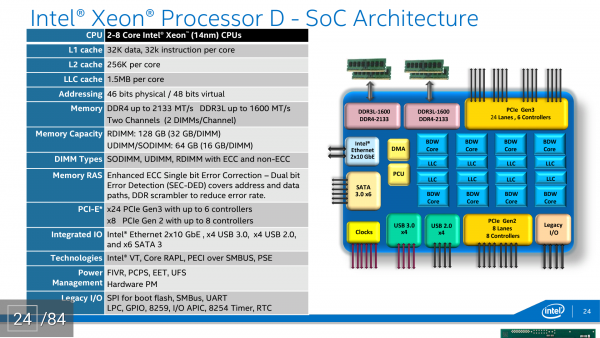 So, at least in theory, Intel does not have the same apps advantage here. But, it has another one: compared to the previous RISC competitors who were superior to it performance wise, ARM is mostly inferior to the current Intel processors in this segment. The new Xeon D seems to aim to cement that advantage in a Borg-like “resistance is futile” fashion. How?
First, eight of the new Broadwell cores with Xeon reliability enhancements and dedicated 1.5 MB L3 caches per each core, suited for microserver jobs that often tend to stay on specific cores. No big shared caches and internal buses for it compared to the big E5 brethren also reduces the die complexity quite a bit.
As the target usages are also less memory bandwidth driven (no HPC or big data here), Intel used a simple combined dual channel DDR3L / DDR4 controller, so pick and choose which one you want. The first mainstream Skylake processors later this year will have a similar feature.
Then, there are 32 PCIe lanes (24 v3 and 8 v2), six SATA6 ports and, guess what, two built in 10 Gbps Ethernet controllers — all on the same die. This rounds up the feature set in short.
The 14nm processors, running at up to 2.6 GHz in Turbo, are up to one third slower per core than the bigger brethren, but still easily triple the speed of top devices from Applied Micro, the leading ARM server CPU maker these days.
What to make out of this? Basically, after having learned the uber costly lessons competing with ARM using Atom in the handset and tablet area, Intel threw its best into the battlefield to prevent ARM from encroaching in its prized and the most profitable business: servers.
On another note… with their low power, compact footprint and 128 GB ECC RAM support on top of all that storage and networks, these could be really nifty solutions for MMORPG “apartment block” servers for low latency local community or LANparty play. Makes sense?