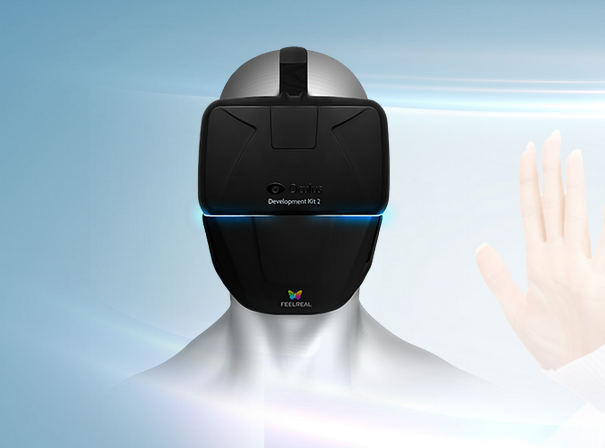 Virtual reality is undoubtedly an immersive feast for the eyes, and accompanied by surround sound headphones that pump in realistic high-def sounds to our ears, users are pulled into a digital world.

But what about our other senses? What about those who actually want to smell their digital universe?

The attachment is a novel idea, but as you can see it’s a rather bizarre piece of hardware that traps your visage in a claustrophobic mask that looks quite uncomfortable.

The FeelReal Mask is a curious VR peripheral that aims at injecting more “reality” into your virtual reality sessions by simulating the sense of smell to virtual reality (yes, really). It will also deliver minor temperature fluctuations to simulate hot air, wind and even water mist.

It’s rightly labeled as a “mask” considering when you strap it on to VR hardware you’re pretty much obscuring your entire face, trapping your features in a bizarre claustrophobic contraption for the sake of “total immersion”. 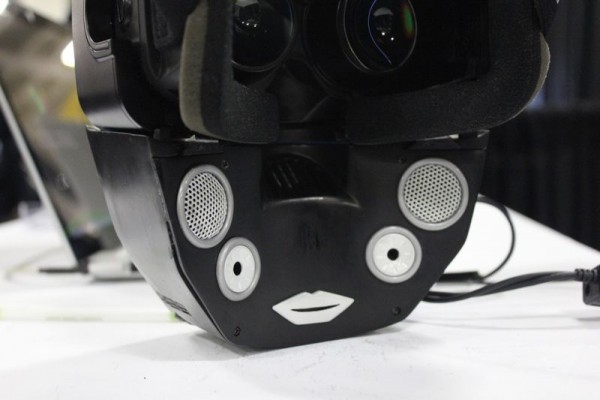 The FeelReal Mask as showcased at GDC 2015. (Photo Credit: The Verge)

Since you’re mouth will be completely covered up, the mask features a Bluetooth microphone to ensure you’re not completely vocally cut-off from the outside world.

It seems like a novel concept from the start, but once you see what you have to go through to get your senses doused in the “full VR presence”, the FeelReal Mask will most likely scare everyone off. Smell is an inherently important sense, and is more closely tied to memory than any other of our five senses, so successfully tapping this reservoir could lead to potential interactive gold. 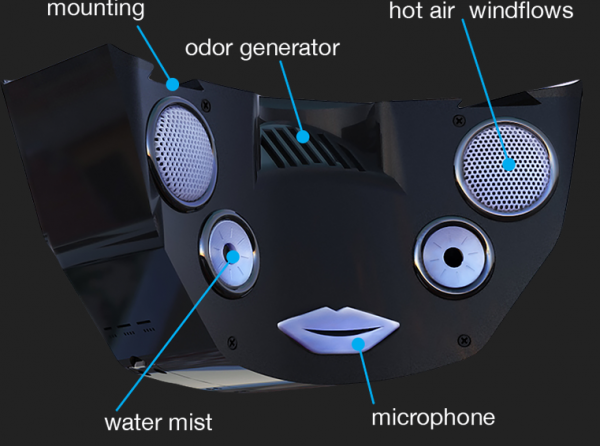 But how does the mask work? Loaded with a cartridge that produces seven unique smells that waft through “odor generating vents”, the oddity is tethered to the headset by Bluetooth and powered by a battery with a four-hour life cycle.

The mask is attachable to just about every piece of VR tech out there including the Oculus Rift, Project Morpheus, Valve’s Vive headset and even Zeiss VR One.

The Verge tried out the hardware at GDC 2015 and likened it to “smell-o-vision” for VR.

The publication described it as “strapping a foam block over your mouth and nose, putting yourself at the mercy of its air vents,” and saying that it’s basically a “gas mask arranged into a little smiling face.”

While the FeelReal Mask is certainly a unique specimen in terms of adding smell to VR, we’ve seen other peripherals that aim to bring total immersion to the virtual world.

Hardware like the Dexmo exoskeleton from Dexta Robotics and the mo-capping CyberGlove are helping bring the sense of touch to virtual reality, laying the framework for technologies that could very well introduce hardware of Lawnmower Man-like proportions.

But I think senses like smell (and taste for that matter) are best left to the real world.