A nameless robed figure finds himself hanging from a cage under the zeppelin. Skies are dark and twisted as the flying machine travels through a hellish meteor showered landscape. In the cage near him is a weird horned ratlike creature. The conversation is brief and provides little information except the promise of suffering that is to come.

A sinister citadel in the center of hell is their final destination. The robed figure finds himself in a prison cell, skeletons litter the room and a few moments later a dark knight approaches. Our protagonist has been a very very bad man and the time has come for him to pay for his sins. The problem is he has no idea who he is or what sins he actually committed. 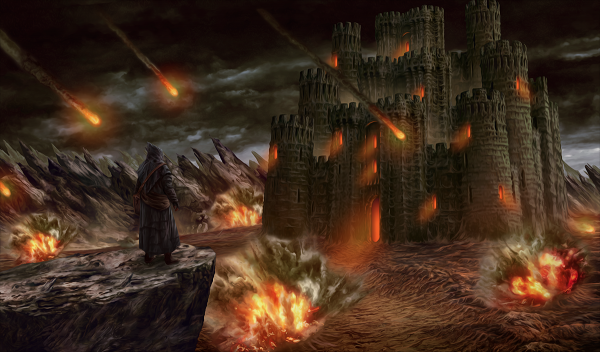 The nightmarish art direction of Tormentum Dark Sorrow is inspired by the works of H.R. Giger and Zdzisław Beksiński. It is a dreamlike world filled with strange shapes and elements that should not mix together in a natural setting. Some might find it bleak or depressing but for those of us that grew on similar game themes it is a real treat.

Tormentum Dark Sorrow is an old school type of point and click adventure with a very retro look and interface that is hard to find nowadays. It follows the now long forgotten formula where art design and atmosphere trump ultra crazy graphics and cheap scares. Gameplay is the classic search the rooms and find the useful item, put the item in the backpack and use it when you find the place it goes in. 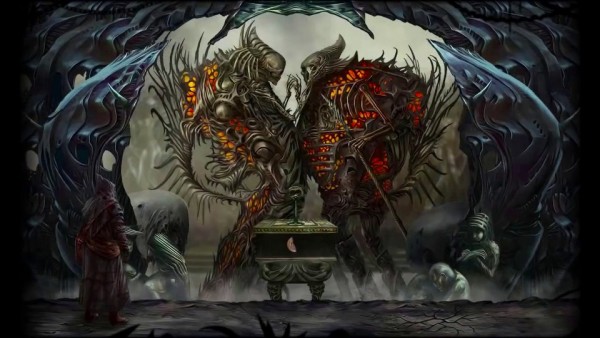 Along the way the player is faced with several moral dilemmas that affect the knowledge he uncovers about himself and the world as well as his final fate. These choices can appear cut and dry but are not always what they seem and some might find themselves surprised when they find out that the good ending they “deserved” is not what they got in the end.

One can easily see various influences the team has taken as inspiration. While it is flaunted as being inspired by H.R.Giger storywise it reminds me of one old video game called  I Have No Mouth and I Must Scream based on the book by Harlan Ellison. In that game there are several characters trapped in gruesome nightmare scenarios that can only be solved by making certain ethical choices at key parts, or making the wrong ones and realizing what a horrible person you played all along. 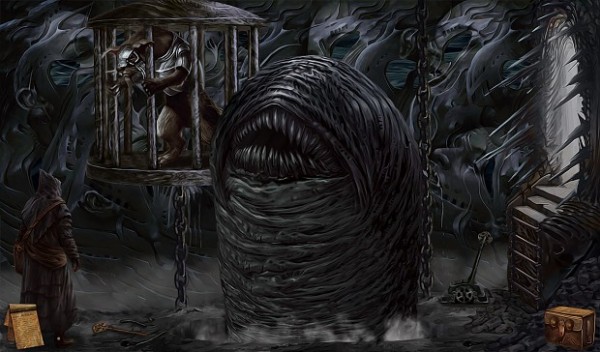 The game also draws a lot of influence from the fantasy setting, probably Planescape most of all. The main character is a nameless robed figure that has no memory of who he is or what his great sins are and everything around him is unnatural and alien. Atmosphere created by the combination of art design, music and the story theme is a fantastic and grotesque abomination. It is a freaky and outlandish journey of self discovery that one can easily recommend to any horror adventure fan.